The third-party apps on Microsoft Teams can used be post-meetings and pre-meetings as well. 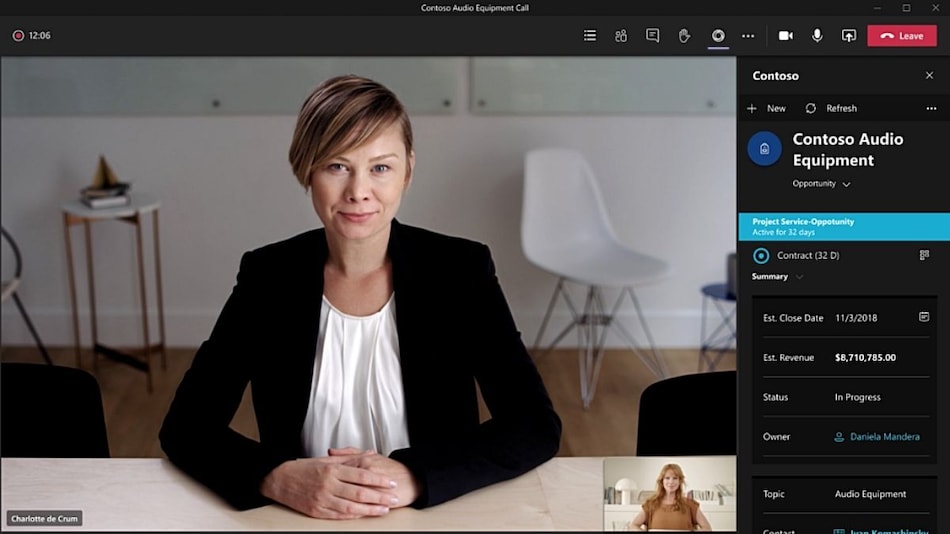 Third-party apps to be integrated into Microsoft Teams

Microsoft Teams has announced that third-party app developers and independent software vendors would now be able to integrate their apps and services with Teams meetings, giving users more options to host collaborative and interactive meetings. The third-party apps are yet to made available on the platform; however, the apps will be provided by developers such as Polly, Open Agora, Miro, and more later this year. The company has announced that the third-party apps will not only help users during Teams video calls but will also bring features useful for participants pre-meetings and post-meetings.

"For example, a third-party Agenda app could add a tab with an agenda in the pre-meeting window, a button to open agenda items on the meeting control bar, or a summary file or other type of object in the post-meeting chat window," Microsoft in a blog post explained.

It also means that with the integration of third-party apps on Microsoft Teams, users will be able to share new types of data including app-data seamlessly. Previously, users were required to use Screen Sharing option to share such information. Currently, the list of third-party apps coming to Microsoft Teams and their functionalities remain unclear. More details from the company are expected in the coming weeks.

Meanwhile, Microsoft has announced a bunch of new updates for Microsoft Teams. The development comes at a time when people are staying indoors to curb the spread of coronavirus. Its Web client will add a new feature called Microsoft Lists next month. It allows users to "track issues, assets, routines, contacts, inventory, and more using customisable views, rules, and comments to keep everyone in sync." The feature will arrive on Microsoft Teams app for Android and iOS later this year.

Recently, Microsoft Teams announced Together mode to improve the video calling experience as people continue to work from home because of the pandemic. This feature aims to reduce the fatigue that participants experience during a long video call. It uses an AI segmentation technology to place participants in a shared background that looks like an auditorium. Microsoft had said that this reduces background distractions and is especially helpful for brainstorms and roundtable discussions as multiple people would be speaking. It is yet to be made available to the mobile app.