The new app called FileShare Tool has crossed over 5,000 downloads. 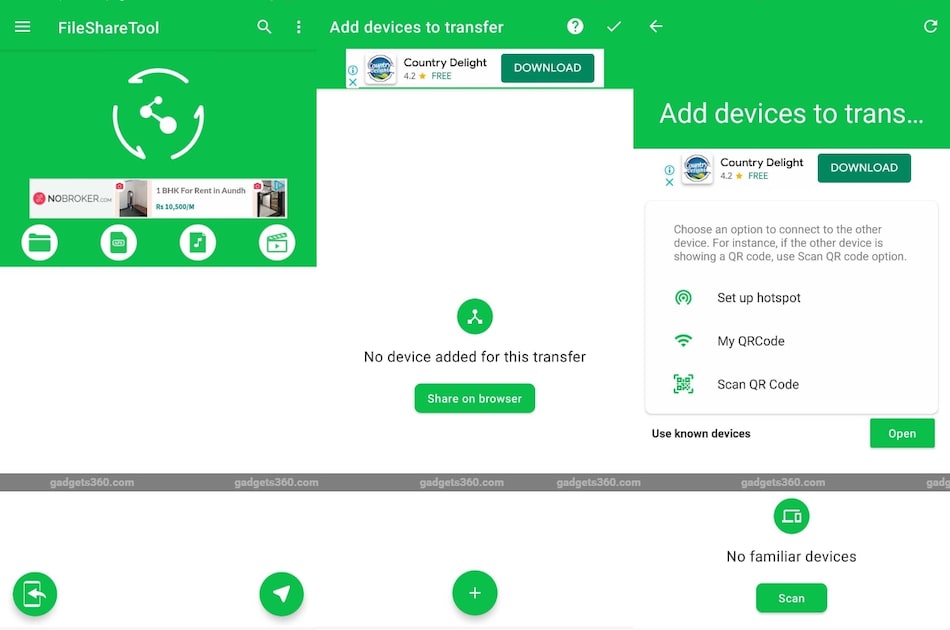 SHAREit, alongside TikTok and 57 other Chinese apps, was banned by the government

A young Kashmiri student has reportedly developed a SHAREit alternative for easing file transfer woes — with the government ban on Chinese apps, SHAREit is no longer available on Google Play. The app is called FileShare Tool and it was released on Google Play Store last month. This app has so far received a 4.8 out of 5 average star rating, while downloads have crossed over 5,000. The developer of this app, Tipu Sultan Wani, is reported to be an MBA student living in the Chadoora area of central Kashmir's Budgam district, and aside from this, has developed a number of apps under the name Travager Wani. SHAREit, alongside TikTok and 57 other Chinese apps, was been banned by the government last week for reasons of national security.

KashmirWatch, a news portal covering the region, reported that Wani developed the application as an alternative to SHAREit. He claims it is faster than SHAREit and says there is no limit to the file transfer within his FileShare Tool app. “This application is working faster than SHAREit. Unlike SHAREit, I have developed this application without advertisements, which can be used to share movies, documents and audios, without any limit,” Wani was quoted saying.

The FileShare Tool is listed on Google Play Store as a free download and it is 5.3MB in size. The core feature of the app is to send and receive files, music, photos, videos, and apps across devices within the same network – just like SHAREit. At first boot, it asks for permissions to access files, photos, and media on the device. It also asks for permission to make and manage phone calls. Once set up is complete, users can easily send and receive files by connecting through the hotspot process.

The two Android devices have to be on the same network for this to work, like with other similar apps. The interface is fairly simple and self-explanatory. The privacy policy section seems to be well detailed as well.

Aside from FileShare Tool, Wani has created a number of other apps, and on his LinkedIn profile he describes himself as the CEO of Travager.com, a site that compares deals on flights, hotels, and car hires. Other apps include a photo collage tool, and a free VPN.

All of the 59 Chinese apps that were blocked by the Indian government last week are now inaccessible via Google Play store and App Store in India. TikTok and SHAREit completely went offline on their own earlier this week and stated that they are "complying with the Government of India's directive." The government claims that these apps are prejudicial to sovereignty and integrity of India, defence of India, security of state, and public order.