WhatsApp has announced that Call Links will be available later this week to users running the latest version of the app. 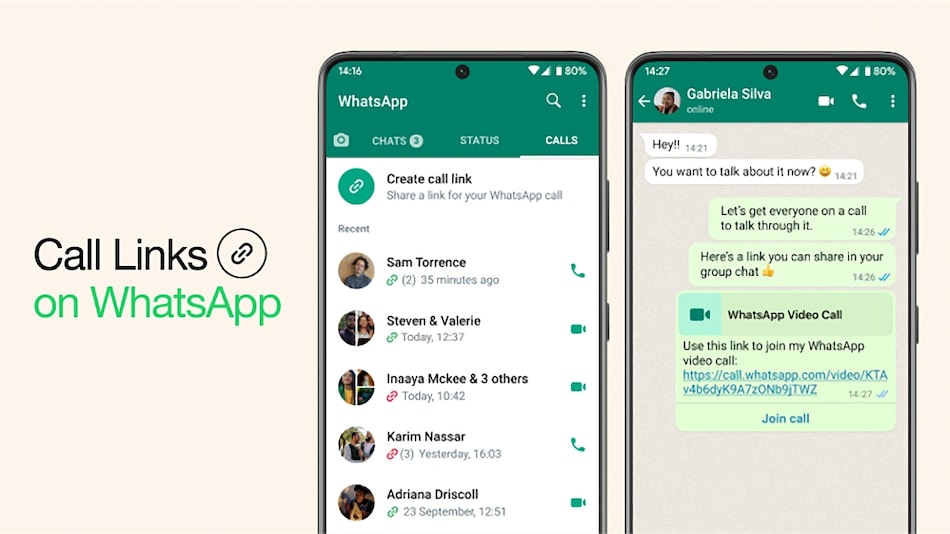 WhatsApp on Monday announced that it will roll out Call Links, a new feature that is designed to allow users to start a new call or join an ongoing call. A ‘Call Links' option will be added within the Calls​​​ tab, and users can create a link for an audio or video call which can easily be shared on other platforms. The Meta-owned messaging service said that the feature will roll out later this week, but users will have to ensure that they are running the latest version of the app. Meanwhile, WhatsApp has also announced that it will soon begin testing group video calls for up to 32 participants on the messaging app.

In a post on social media platform Facebook, Zuckerberg announced that WhatsApp is rolling out the Call Links feature that allows users to create a link and share it across friends and family on the instant-messaging app. They can click the link and join the and join a call in just one tap — just like links for Google Meet or Microsoft Teams calls across platforms.

While the Meta-owned company explicitly did not mention which platforms will support the feature, the mention of the Calls tab suggests that it will be available on at least Android and iOS.

In order to create a link to a call, users can tap the Create call links option within the Calls Tab and create a link for an audio or video call and share it with family and friends. It is to be noted that the rollout will begin this week and you must have the latest version of the app to make a link.

Meanwhile, the company has also announced that it has begun testing group video calls for up to 32 participants on WhatsApp. Details of the feature will be shared soon.

It is to be noted that WhatsApp already lets you add up to 32 participants to group voice calls. The feature is available to users on both Android and iOS. Introducing video calls with support for up to 32 participants will be a step on its roadmap to expansion into the upcoming WhatsApp Communities feature, which is still in development.