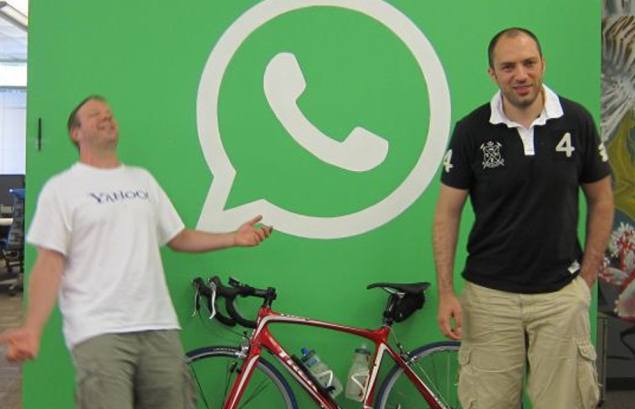 If WhatsApp continues to grow at this rate, it will hit 1 billion users in just one year, and with new features such as voice calling and end-to-end encryption continuing to roll out, the messaging app has managed to remain relevant even in the face of competition from an increasing number of other chat apps, such as Hike, Line and WeChat.

(Also see: 10 apps to cut down your phone bill)

In November, WhatsApp's Business Head Neeraj Arora stated that WhatsApp has 70 million users in India - a tenth of the company's user base. Given these numbers, it is perhaps unsurprising to note that telecom firms in India have been urging the government to "level the playing field" with Over The Top (OTT) services like WhatsApp or Skype.

Soon after news about WhatsApp's upcoming voice calling feature was reported, Airtel also quietly started the roll out of a special plan to charge separately for data used on VoIP calls, although the company has backtracked on this for now.

The two services - Facebook Messenger and WhatsApp - both have many similar features, but in the past, Koum has said that the two don't compete, since Messenger is meant for Facebook friends, while WhatsApp is for the wider spectrum of mobile users.