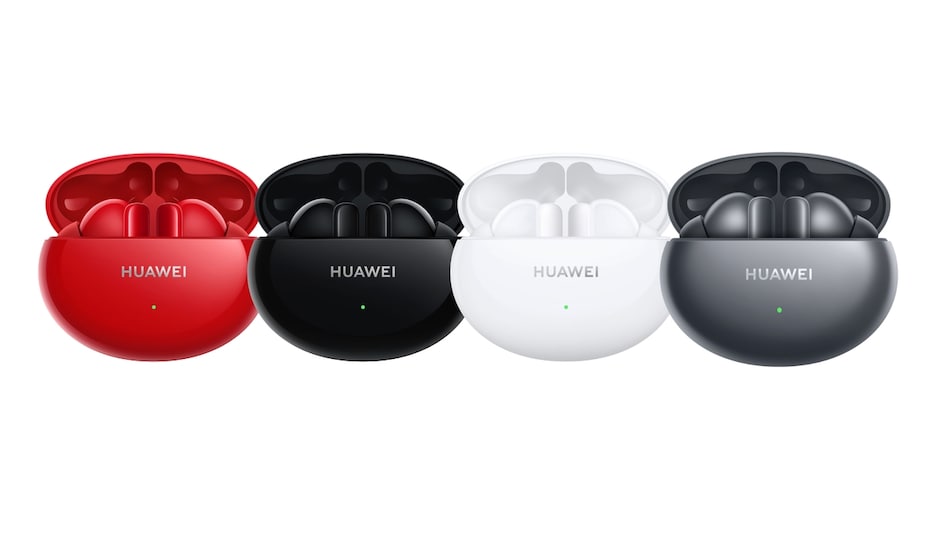 Huawei FreeBuds 4i true wireless stereo (TWS) earphones were launched in India on Monday. The TWS earphones can last for up to 10 hours of continuous music playback. The Huawei FreeBuds 4i earbuds feature 10mm dynamic drivers along with a PEEK+PU polymer diaphragm. The Chinese tech giant has also incorporated deep active noise cancellation technology with an Awareness mode. Huawei claims that the FreeBuds 4i TWS earphones come with advanced low latency algorithms to reduce lag between audio and video while playing games.

Huawei FreeBuds 4i price in India

Till November 5, the Huawei FreeBuds 4i will be offered with a Rs. 1,000 instant discount as a part of the brand's Diwali celebrations. Furthemore, Huawei has listed many other offers and no-cost EMI options for interested buyers.

The TWS earphones from Huawei — launched in China in February — feature 10mm dynamic drivers with PEEK+PU polymer diaphragm. Huawei FreeBuds 4i TWS earphones have deep active noise cancellation (ANC) that uses built-in acoustics and algorithms that can generate inverted sound waves. Additionally, they also come with an Awareness mode that lets users stay aware of their surroundings and help them communicate better.

The TWS earphones from Huawei also come with advanced low latency algorithms that reduce the lag between audio and video while playing games. The Huawei earphones can be connected to a smartphone using Bluetooth v5.2 and have touch sensitive controls. The Huawei FreeBuds 4i's earbuds measure 37.5x21x23.9mm and weigh 5.5 grams. The charging case measures 48x61.8x27.5mm and weighs 36.5 grams.