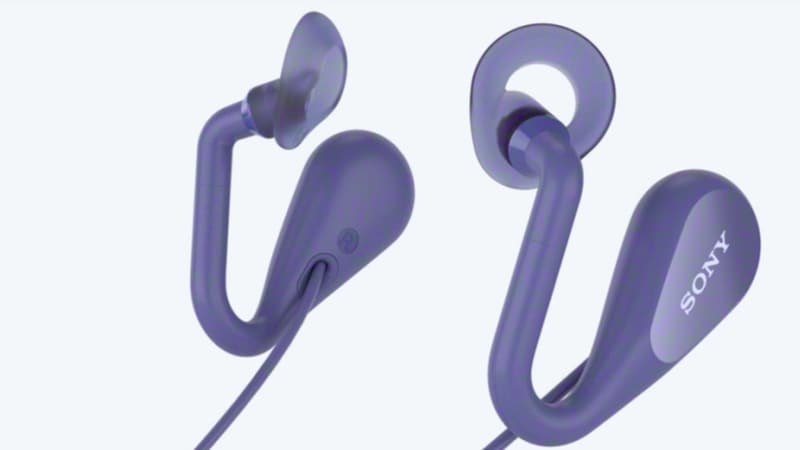 The headphones rely on Bluetooth for connectivity

Sony may not be quite as prominent a force in the smartphone industry as it once was, but it's still a big name in the headphone industry. The company has a big range of headphones in all kinds of fit styles, along with features such as wireless connectivity and active noise cancellation. The latest product from the company, launched at MWC 2019, is the Sony SBH82D ‘open-ear' wireless headphones, which have a unique fit and wearing style that allows the user to listen to audio as well as ambient sound.

The Sony SBH82D headphones are touted as ‘open-ear' headphones that allows the user to listen to music as well as their surroundings. This is particularly useful for people that are listening while in potentially risky environments, such as jogging or walking on the street. The headset sports a neckband design which has the controls and battery, and supports NFC for quick pairing. The earbuds themselves sport a unique design that allows outside sound to enter your ears while audio is playing. Pricing and availability details haven't been announced yet.

The concept is similar to bone-conduction audio technology, which has the headset placed on your cheek bone and keeps your ears free. However, these headphones use a specially designed inner-ear structure which keeps the ear canal open to listen to the surroundings, while also sending audio through. Typical in-ear headphones use an in-canal design which relies on blocking the ear canal, and this new design provides a better way to listen without reducing outside noise.

Sony also launched new smartphones at MWC, including the Xperia 1, Xperia L3 and Xperia 10 and 10 Plus. Also launched yesterday in India were the Sony WI-C600N wireless neckband noise-cancellation headphones.

Realme Buds, Mi Earphones, or others: Which are the best headphones under Rs. 1,000 in India? We discussed this on Orbital, our weekly technology podcast, which you can subscribe to via Apple Podcasts or RSS, download the episode, or just hit the play button below.