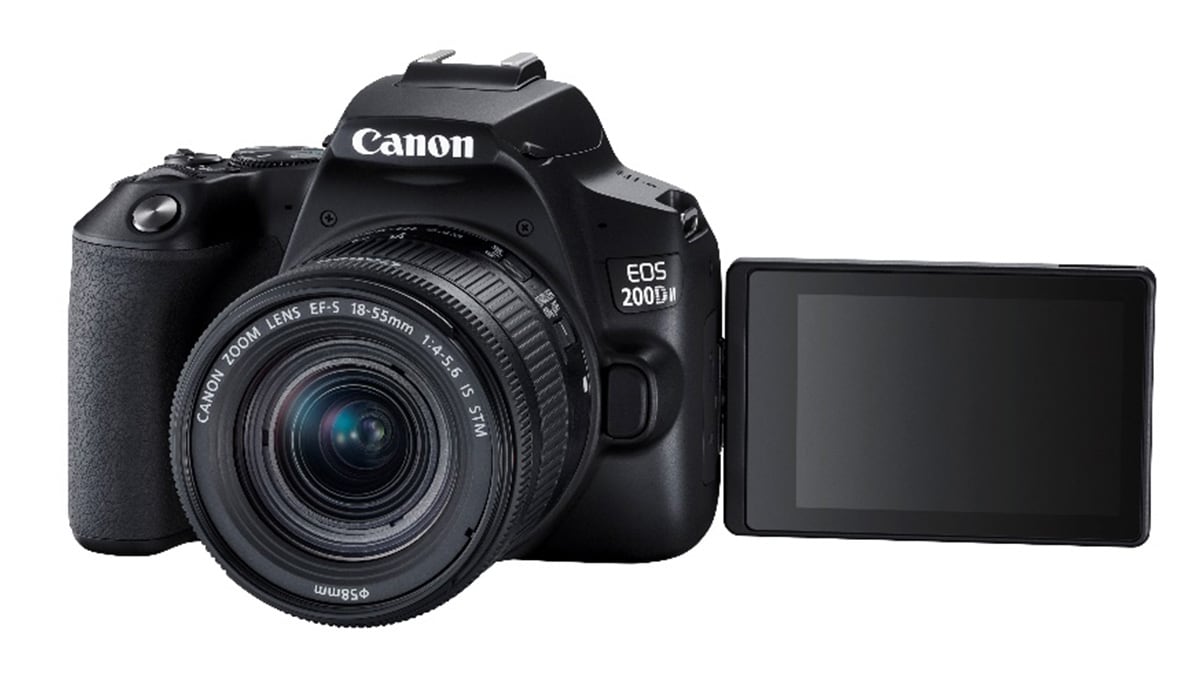 Canon EOS 200D II has been launched in India, the Japanese company's latest DSLR under its “beginner” segment . This is the successor to the EOS 200D and features improvements along the lines of the image processor, video recording, and advanced features such as the addition of Eye AF. The camera goes on sale this week in India with a starting price of Rs. 52,995 for the body and the EF-S18-55 IS STM kit lens. You can also club a EF-S55-250 IS STM zoom lens, for a total cost of Rs. 65,995.

Canon's new EOS 200D II is positioned as a light and compact DSLR for beginners. In fact, it's supposed to be the company's lightest DSLR with a vari-angle touchscreen display, weighing just 449g. It features a 24.1-megapixel APS-C CMOS sensor with Canon's latest Digic 8 image processor. You get a total of nine autofocus points, just like the older model, along with Dual Pixel autofocus for quick focusing. The ISO range is 100-25,600 (expandable to 51,200), 5fps burst shooting with One-Shot AF or 3.5fps with Servo AF. The camera can also shoot full-HD video up to 60fps or 4K video at 25fps. You also get a 4K timelapse function and there's stereo audio recording. The EOS 200D II accepts a single SD card but only up to UHS-I speeds.

The 3-inch touchscreen has a slightly low 1.04 million dot resolution but it can be flipped 180-degrees, outwards, so shooting selfies or vlogging should be simpler. There's also built-in Wi-Fi and Bluetooth connectivity for syncing with a smartphone. One of the interesting features of this camera though, is Creative Assist, which is aimed at helping novice shooters edit and improve their images. It lets you adjust the background blur, brightness, contrast, colours, and even add effects such as Fish-eye, etc. you also get plenty of scene modes to choose from, one of them being Smooth Skin, which adds a varying degrees of skin smoothening.