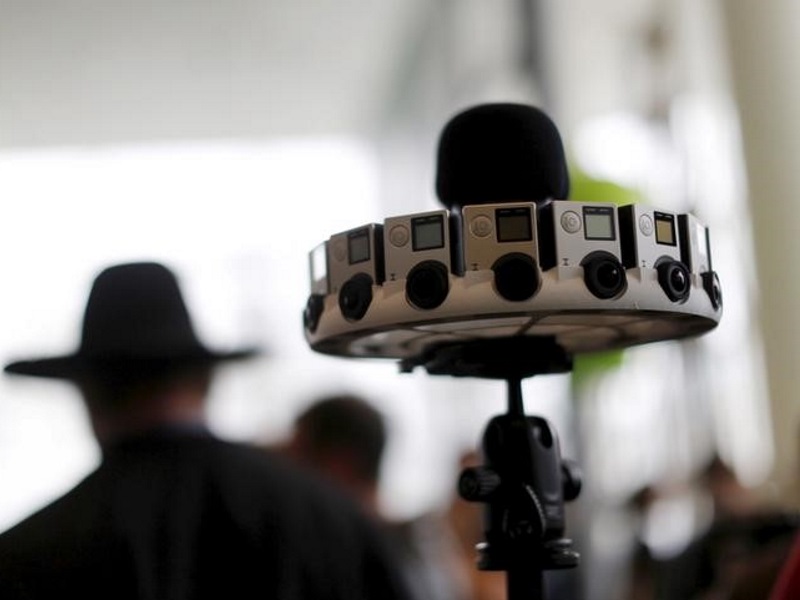 Shares of GoPro jumped on Wednesday on word that the troubled maker of mini-cameras popular for capturing first-person action had hired away a longtime Apple designer.

GoPro shares were up slightly more than 19 percent to $13.90 at the close of trading on the Nasdaq exchange.

The California-based company announced that Daniel Coster would become the company's vice president of design at the end of the month, reporting directly to founder and chief executive Nick Woodman.

"Ironically, Danny and I first met in December, 2001, on the beach in Sayulita, Mexico at the very start of the five-month surfing trip where I developed and tested the first GoPro prototype," Woodman said.

"His design pedigree speaks for itself, but I will say that we feel energized to have him join GoPro."

Coster was a member of Apple's industrial design team for more than 20 years, contributing to a range of devices from the iPhone 4 to a wireless keypad for the iPad, GoPro said.

He said in a press release that he was honored to join the GoPro team.

"This extraordinary company is close to the hearts of so many people around the world," Coster said.

"Its brand and products inspire us to capture and share our lives' most important moments."

GoPro shares took a hit last month after it reported quarterly earnings that were worse than the market's already dismal expectations.

The company said it lost about $34.5 million during the holiday season quarter that ended last year, as revenue sank some 31 percent to $436.6 million when compared to the same three-month period in 2014.

Wall Street had braced for GoPro to essentially break even but had not expected the company to post a loss for the year-end shopping season.

The Silicon Valley-based company announced early this year it would cut seven percent of its workforce and that revenue last year was less than expected, causing shares to sink.

The job cuts represent hundreds of positions, with the stated intent being to "better align resources to key growth initiatives."

GoPro became an early hit with extreme sports enthusiasts who used the mini-cameras to film their exploits, and went on to win over teens and young adults interested in sharing videos on YouTube and social networks.

The company went public in June 2014 with shares initially priced at $24 that soared in subsequent months, more than tripling in value at one point.

But investors began to worry about the company's growth prospects and the possible saturation of an increasingly competitive market.