360 Video Is More Fad Than Future 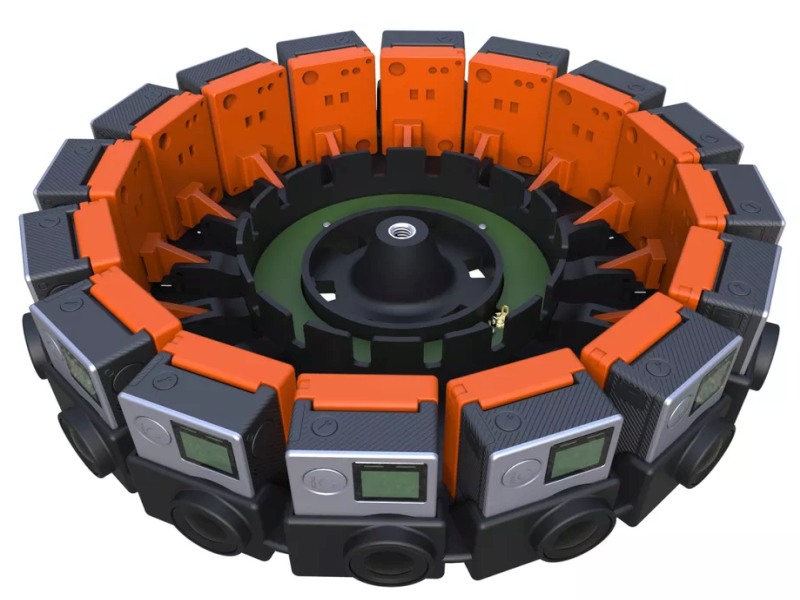 The quality of video content we consume has reached a point where it's possible to get true-to-life video quality, provided you have a suitable medium to consume it on. 4K videos and 4K displays are currently the pinnacle of video quality in the consumer space. It's also become a lot easier to generate such content with many high-end smartphones now supporting this resolution.

Honestly though, 4K is not as exciting as it was around four to five years ago when cameras and TVs that supported it first launched, or at least that's what the marketing firms at big technology companies want you to believe. 360-degree videos are all the rage at the moment as it's the primary driver for Virtual Reality (VR), which is something most tech companies are going all-in on.

But without getting into the whole debate about whether VR will actually be a successful platform or not, is 360-degree video the future, or is it just a passing fad on the way to something different? When you discount the hype, things don't look good for 360-videos.

Creating specialised content is never easy and in order to get started with 360-degree video, you'll need a special kind of camera to capture the footage as regular lenses cannot capture a wide enough field of view. The easiest implementation is to turn to fisheye lenses, which have been around for decades and offers widest possible angle by intentionally distorting the image.

Such cameras are usually one-trick ponies but when implemented well, can do wonders. We've seen such products first hand with Ricoh's Theta S 360-degree camera. It's a fun device but it has its share of limitations, such as cumbersome sharing methods, and of course, the very high price. This model also doesn't have expandable storage, a big problem. Soon, Samsung will be launching its own version called Gear 360, whose price has only recently been revealed. Later in the year, we should expect LG to launch its 360 camera in India as well, along with the LG G5.

These cameras aren't going to be cheap due to their specialised nature so people aren't likely to be queuing up to buy them, but it's a start. There's also the issue of sharing the content, which will initially be restricted to either consuming it via a VR headset (another investment) or uploading it to YouTube or Facebook. However, quality takes a big hit when you upload the file, at least presently, and don't forget the extra bandwidth needed to stream such video. Plus, you'll have to remember to carry around this extra device with you since you never when you'll need to capture a candid moment in 360. 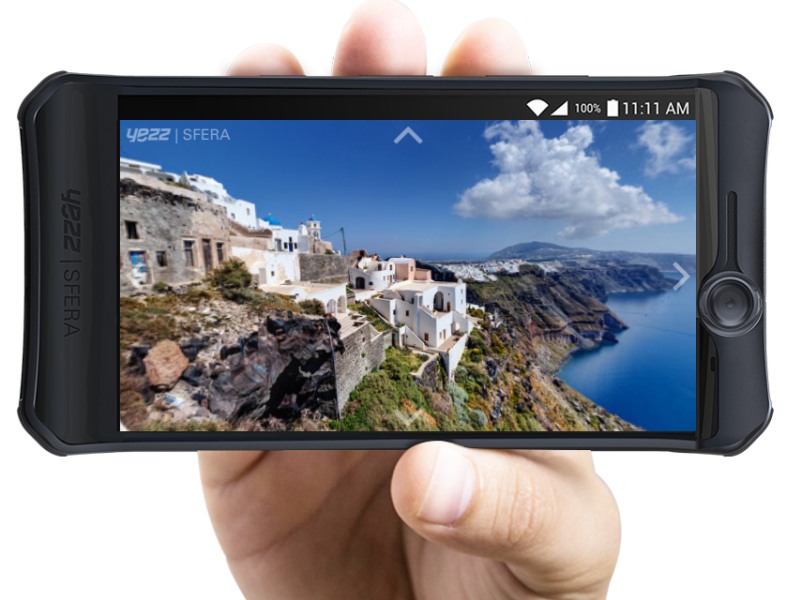 The most convenient of solutions would be to have a smartphone with an integrated 360-degree camera. Sounds crazy? Perhaps, but a relatively unheard of company called Yezz have created the Sfera, an Android Marshmallow smartphone with two 5-megapixel cameras with fisheye lenses on either side of the phone, which can capture 360-degree stills and video. The most important bit here is the patented software which actually stiches everything together in real-time.

The smartphone space has been plateauing for a while, technologically speaking, and with everyone jumping onboard the VR bandwagon, this could soon be a trend. However, this isn't exactly a practical solution. What if you wish to take a regular picture? The fisheye lens won't let you do that. You could add another camera sensor to the front and back for regular photos but then we're looking at a total of four sensors, which not only will drive up the cost but it would be very difficult to design an ergonomic phone.

We saw smartphone makers like LG and HTC try this with 3D, with the Optimus 3D and the Evo 3D smartphones, way back in 2011, but that fizzled out quickly and was never attempted again. Perhaps, we could see big players take a crack at Yezz's idea for a smartphone with 360-degree video capability but the odds of that succeeding as a product look slim.

The core problem on all these devices is the fisheye lens, which only let you take a specific type of photo or video. The only way around this is to have a multiple camera setup in a circular array to get a nearly flat picture, which you can still interact with in 360-degrees. Facebook recently unveiled the Surround 360 open-source video camera for shooting 360-degree video.

It's designed strictly for professionals however, as the $30,000 (roughly Rs. 20 lakhs) price tag isn't exactly pocket change. It's easy to understand why Facebook needs to push out a product like this, since it plans on going beyond games for its Oculus Rift VR headset. Then, there's Nokia's Ozo camera, once again, designed for professional videographers. Devices like these should give you the best 360-degree video experience but the type of content to come out of this would be limited, not to mention you'd have to pay a premium for it. In time, production costs would come down make such content more accessible but you won't see such cameras ending up in the hands of consumers even in the distant future, if at all.

Creating, and sharing 360 degree content has its challenges, and the same is true for consuming this content.

A lot of video content is best enjoyed with other people. Be it watching a movie, TV show either at home or in a theatre, it's nice to have people with you sharing the experience. 360-video on the other hand is best experienced with a VR headset, which sadly, cuts out the social element as it isolates you from everyone else in the room. You could watch the same video on a tablet or you PC with a compatible player but then you need to keep panning around with either your finger or your mouse so see what's happening in the other frame. It's pretty neat the first couple of times you try this out with some demo videos but how long can you keep doing it? After a while the novelty will wear off. 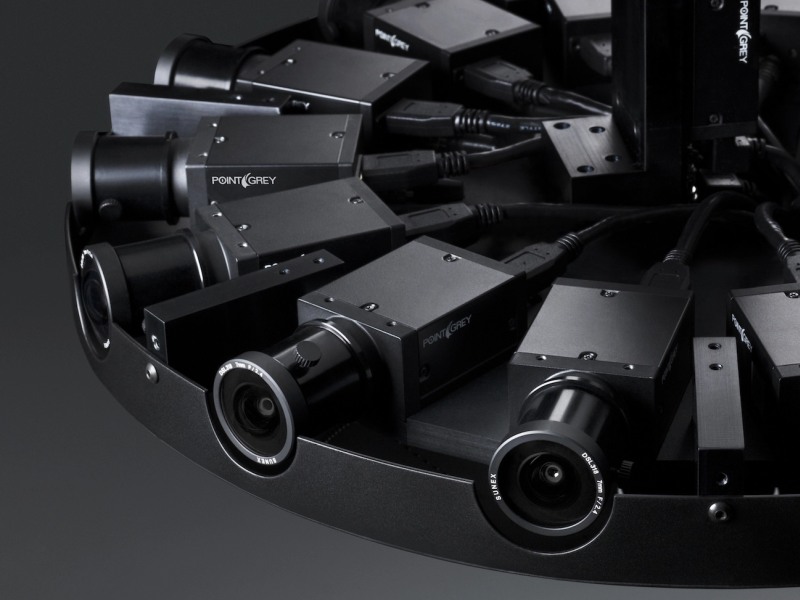 Gaming on the other hand is the perfect platform for a 360-degree experience since it's more of a single-person activity. That's why Sony's PlayStation VR seems poised to get a much better head-start as compared to HTC's Vive and the Oculus Rift, simply because many of us already have the delivery platform (the PlayStation 4) unlike the other two, which require you to build a pretty expensive PC in order to work. Once again, it will be gaming that will drive VR in the initial stages and maybe later as well, while video will most likely be a nice addition to have but won't be the reason you buy a VR headset.

It's fun while it lasts

360-degree video is being hyped because that's the quickest way to get people to adopt VR but it's something that won't last. There will surely be specialised use-cases for 360-degree video but to say it will go mainstream is a bit of a stretch. VR content will continue to focus on gaming and other interactive apps as it is the most logical choice however, video will most likely take a back seat as it is not easy creating video content for this medium.

Till date, most 3D movies do a mediocre job at presenting a headache-free 3D experience and most of them are just an afterthought because that's what's expected from movies these days. It's difficult enough to film in 3D, imagine what the challenges will be like to film for 360-degree video, let alone editing a full-length movie for a 360 experience.

New technologies cannot be forced onto video just for the sake of it. We've seen that happen with 3D and what good has that done? The only reason people watch 3D movies today is because there's seldom a choice to opt for the 2D version. And when was the last time you watched a 3D movie at home, other than the ones that came on the demo disc? 360-degree video could suffer the same fate as 3D, only faster.

The Weekend Chill: Uncharted 4, Radiohead, and More
Android N Will Not Bring Support for 3D Touch at Launch: Report