LaLiga aims to bring new fans from all over the world to new experiences in virtual arena. 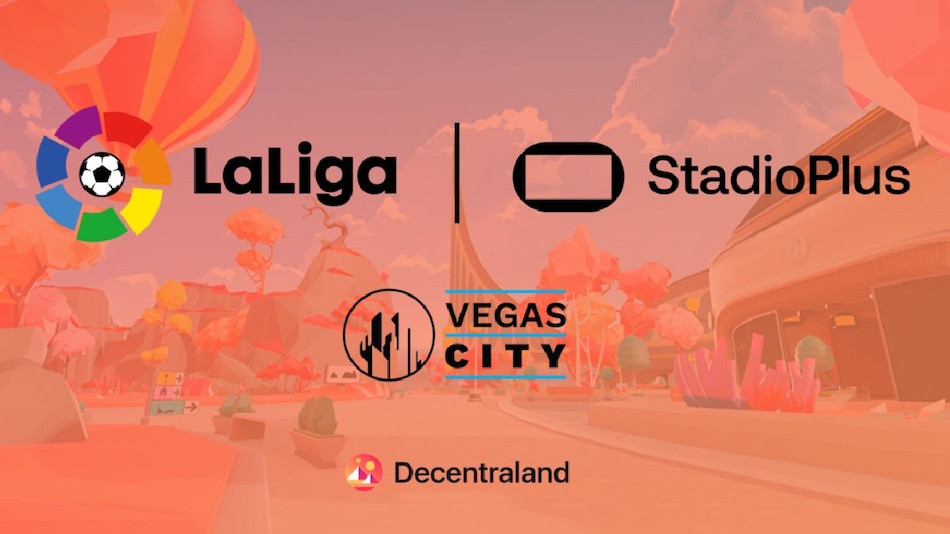 The top division of Spanish league football LaLiga has signed a strategic licensing agreement with StadioPlus and Vegas City Limited for a joint project in the Decentraland metaverse which happens to be among the largest Web3 projects in existence. The deal is designed to grow LaLiga's reach to Gen Z audiences and will see the development of a series of LaLiga-themed land parcels within the Vegas City district in Decentraland. As an owner of the largest sports, gaming, and entertainment areas within Decentraland, Web3 specialist Vegas City will have direct involvement in LaLiga's expansion into the metaverse space.

StadioPlus is a Spanish company that connects the sports industry and Web3 by providing technology and guidance. Vegas City Limited, meanwhile, creates experiences on the metaverse. According to the licensing agreement between LaLiga and StadioPlus, LaLiga's intellectual and industrial Property Rights have already been granted.

Jon Fatelevich, the CEO and co-founder of StadioPlus said, “…we are delighted to have reached this agreement with LaLiga, with whom we have been working together for many months on the development and integration of the competition in Decentraland, and we are confident that we will provide a great experience for football fans and Web3 fans alike.”

Stephen Ibbotson, the Head of Franchises and Licensing at LaLiga, said, "For LaLiga, it is essential to continue innovating in ways to offer the best of the competition to our fans, both on and off the pitch. This licensing agreement will allow us to reach a new and significant audience, like that of Decentraland."

A host of other Spanish teams have also presented different metaverse initiatives. FC Barcelona, one of the biggest teams in the league, launched Barca Studios — an entertainment-based division to centralise the development of its metaverse activities — in March. Socios, a fan token company that had already partnered with the club before launching its fan token, invested $100 million (roughly Rs. 800 crore) in Barca Studios in August.

Also, FC Real Madrid, another team which is part of LaLiga, filed a series of trademark applications to protect their IP for activities in the metaverse.