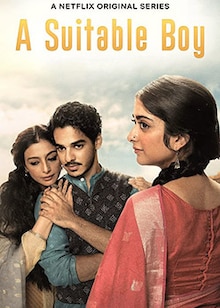 Share
Drama Romance
3 ★ 2020 Season 1 Hindi, English, Urdu, Bengali 16+
A mother embarks on a quest to find a suitable boy for her daughter, while the youngster fights for freedom of love in a newly-independent India.

About A Suitable Boy Web Series

Based on the eponymous novel by renowned author Vikram Seth, A Suitable Boy is set in the India of 1951, where a young Lata (Tanya Maniktala) struggles to choose — or not to — a husband of her own choice. As she fights to follow her will in independent India, she is met by many obstacles, including from her mother, who is not accustomed to her liberal ideas. Lata embarks on a journey of love and heartaches, as three men, including Maan Kapoor (Ishaan Khatter) try to woo her. 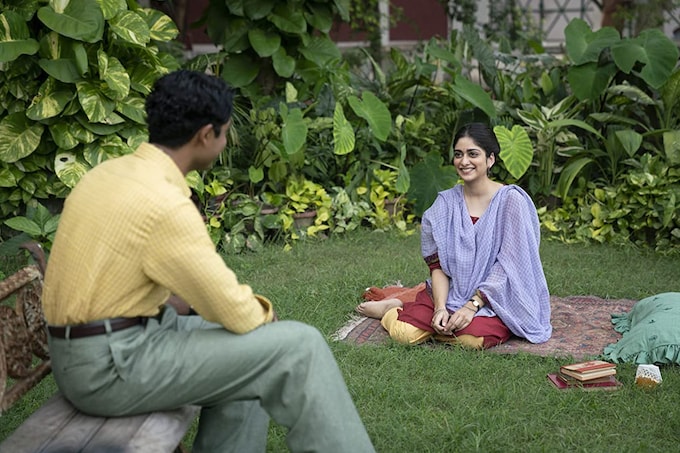 Mira Nair has been trying to make a live-action adaptation of “A Suitable Boy” — Vikram Seth's coming-of-age magnum opus set in a newly-independent early-fifties India — ever since its publication in 1993. But for the longest time, she was unable to get her hands on the rights to the book. Instead, Nair ended up delivering a “microcosmic response” to A Suitable Boy with her 2001 Golden Lion-winning film Monsoon Wedding. No wonder then that her adaptation of A Suitable Boy — a six-part miniseries directed wholly by Nair that premières on BBC One in the UK, before hitting Netflix in India and the rest of the world — might feel like Monsoon Wedding to some. Though by the nature of its source material — it's one of the longest novels ever — A Suitable Boy is a lot more.