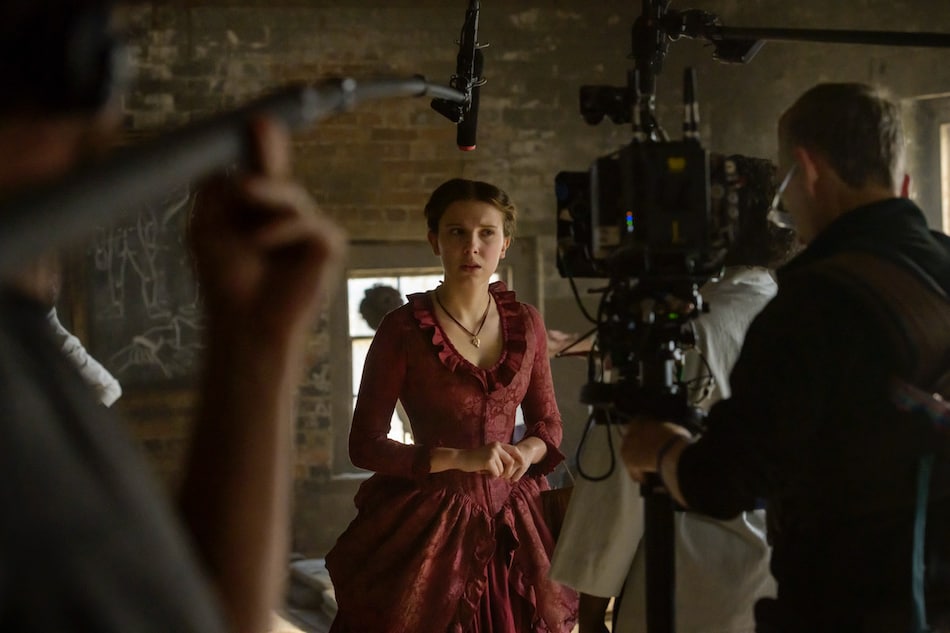 Millie Bobby Brown on the set of Enola Holmes

According to The Hollywood Reporter, the development comes after nearly half a year of negotiations. Netflix is also the home for Russo Brothers' upcoming movie, The Gray Man, starring Ryan Gosling and Chris Evans in the lead, releasing July 22.

The Electric Slate was previously set up at Universal Pictures, which eventually passed up the deal due to budget issues. The new budget is more than $200 million (about Rs. 1,579 crore), sources said.

Millie Bobby Brown will star in The Electric State, a sci-fi movie directed by The @Russo_Brothers.

Set in a retro-futuristic past, it follows an orphaned teen (Brown) as she traverses the American West with a robot and an eccentric drifter in search of her younger brother. pic.twitter.com/A9mqvGowax

The Gray Man also had a $200 million budget, reportedly making it Netflix's most expensive movie of all time.

Brown, the star of Netflix's Stranger Things series and Enola Holmes film franchise, will headline The Electric Slate. Chris Pratt, who featured in the Russos' Avengers films, is in talks to join her.

Based on the acclaimed 2018 graphic novel by Simon Stålenhag of Tales from the Loop fame, The Electric Slate follows an orphaned teenager, played by Brown, "who traverses an American West that is reminiscent of a retro-future, with a sweet but mysterious robot and an eccentric drifter, in search of her younger brother".

Christopher Markus and Stephen McFeely, whose credits include The Gray Man and the Avengers movies, will adapt Stalenhag's novel for the screen.

Russos are also producing the feature film via their AGBO banner, along with the company's co-founder, Mike Larocca. Chris Castaldi and Patrick Newall are also credited as producers.

Production on The Electric Slate is expected to begin later this year in Atlanta.