Alongside Gangs of Wasseypur, The Godfather, Spider-Man: Homecoming, and Cobra Kai. 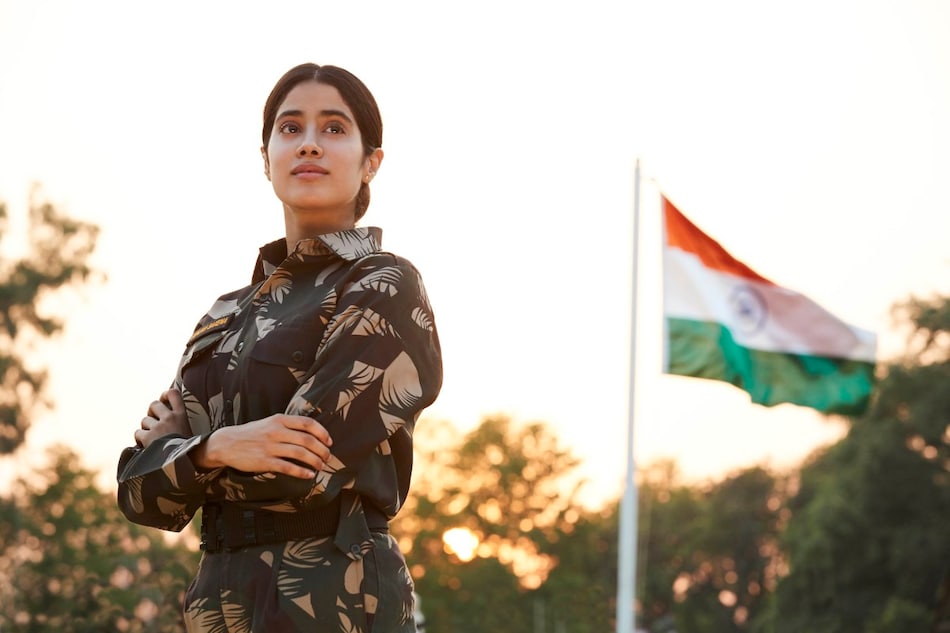 Netflix has announced three Indian originals for August, but only one of them has an exact release date. That's the Janhvi Kapoor-starrer military drama biopic Gunjan Saxena: The Kargil Girl — out August 12 on Netflix — about the titular flight lieutenant who was one of the first Indian women to fly in a combat zone. Class of ‘83, led by Bobby Deol, produced by Shah Rukh Khan's Red Chillies, and based on the eponymous book from last year, is the second Indian Netflix original movie releasing in August. That leaves Masaba Masaba, a semi-autobiographical series that involves mother-daughter duo Neena and Masaba Gupta showing their world of film and fashion as they play a version of themselves.

Internationally, the biggest title is the return of the DC Comics fantasy series Lucifer for its penultimate fifth season, with the first half worth of eight episodes available August 21 on Netflix. Meanwhile, Jamie Foxx and Joseph Gordon-Levitt clash in the crime drama Project Power, rolling in August 14, which features a drug that grants superpowers for five minutes. YouTube's best original and Karate Kid sequel — Cobra Kai — moves to Netflix on August 28 with the first two seasons. No release date as yet for season 3. And lastly, the interactive Unbreakable Kimmy Schmidt special will finally be available August 5 globally, having been delayed due to the ongoing coronavirus pandemic.

Khuda Haafiz, Phineas and Ferb, and More on Disney+ Hotstar in August

There are some big names on the licensed front as well in August. The Godfather joins The Godfather Part II at the start of the month on Netflix in India, followed by Gangs of Wasseypur on August 4, Spider-Man: Homecoming on August 20, and How to Get Away with Murder season 6 on August 23.

Football fans might want to check out Anelka: Misunderstood — available August 5 on Netflix — which looks at the French striker's controversial legacy and features interviews with Thierry Henry, Didier Drogba, and Arsène Wenger among others.

With that, here are our eight picks for August 2020 that you should watch out for, and the full list of movies and TV shows coming to Netflix India after that.

Delayed due to voice actors working from home, the one-off interactive special return for Tina Fey's comedy is finally here. It continues the story of that had been neatly wrapped up early last year. Kimmy (Ellie Kemper) is set to marry a British prince (Harry Potter star Daniel Radcliffe) but she must first foil the Reverend's (Jon Hamm) evil plot. Or must she? It's in your hands, after all.

In what is considered one of the greatest films of all-time, an aging leader (Marlon Brando) of a New York mafia transfers control of his empire to his youngest son (Al Pacino), who goes from a reluctant outsider to a ruthless boss. Directed by Francis Ford Coppola, who followed it up with The Godfather Part II — already on Netflix — which some consider better than the original.

Inspired by the 2008 Tamil film Subramaniapuram, Anurag Kashyap concocts a gangster epic — divided into two parts owing to its five-hour-plus runtime — that blends politics, vengeance, and romance as it looks at the power struggles between three crime families in and around the Jharkhand city of Dhanbad, the epicentre of the coal mafia. Manoj Bajpayee, Nawazuddin Siddiqui, Huma Qureshi star.

After an introduction in the nearly-Avengers movie Captain America: Civil War, Tom Holland got his first solo adventure with Iron Man and Captain America dropping by. Spider-Man: Homecoming eschewed the all too well-known details for a look at a young Peter Parker trying to grow up too fast and how that gets him in terrible situations, each worse than the previous one.

Review: Spider-Man: Homecoming Is Exuberant All the Way Through

Ryan Gosling teams up again with La La Land director Damien Chazelle on this understated biopic of the first person to walk on the Moon — Neil Armstrong — that traces eight years of his life from being a X-15 test pilot to the landmark “small step”. At the centre of it all is the unavoidable prospect of death, which is paralleled with the death of Armstrong's two-year-old daughter.

First Man Review: Ryan Gosling's Journey to the Moon Is an Understated Triumph

A soundtrack to beat, as well as the titular talented getaway driver (Ansel Elgort), Edgar Wright's Baby Driver is a runaway entertainer. It's pretty straightforward: to be with his dream girl, Baby (Elgort) — that's the character's name, yep — must pull off an impossible heist that he's been coerced into by a crime boss (Kevin Spacey, #MeToo accused). Jon Hamm, Jaime Foxx, Jon Bernthal, Lily James, and Eiza Gonzalez also star.

A YouTube Premium membership — known as YouTube Red when Cobra Kai premiered — wasn't something many opted for, which is partly why Cobra Kai is moving off YouTube. With Netflix acquiring all of it, you can catch the first two seasons that take place 34 years after the Karate Kid films and shift to Johnny Lawrence's perspective, the guy who lost to the Karate Kid.

Lord of the Rings director Peter Jackson is at the helm of this World War I documentary that largely relies on archival footage — videos from Imperial War Museum, and audio from BBC and IWM — most of it previously unseen. But that's far from the pull. The footage has been colourised, and new dialogue and sound effects have been added, to increase the immersion.

Here's the full list of all the new content coming to Netflix India in August 2020. We've marked Netflix Original titles in bold for your convenience.

August 23
How to Get Away with Murder: Season 6

August 28
All Together Now
Cobra Kai: Seasons 1–2
I Am A Killer: Released: Season 1
Tales from the Crypt: Demon Knight
Unknown Origins [Orígenes secretos]*