Alongside an animated Fast & Furious spin-off and a Ryan Reynolds action movie. 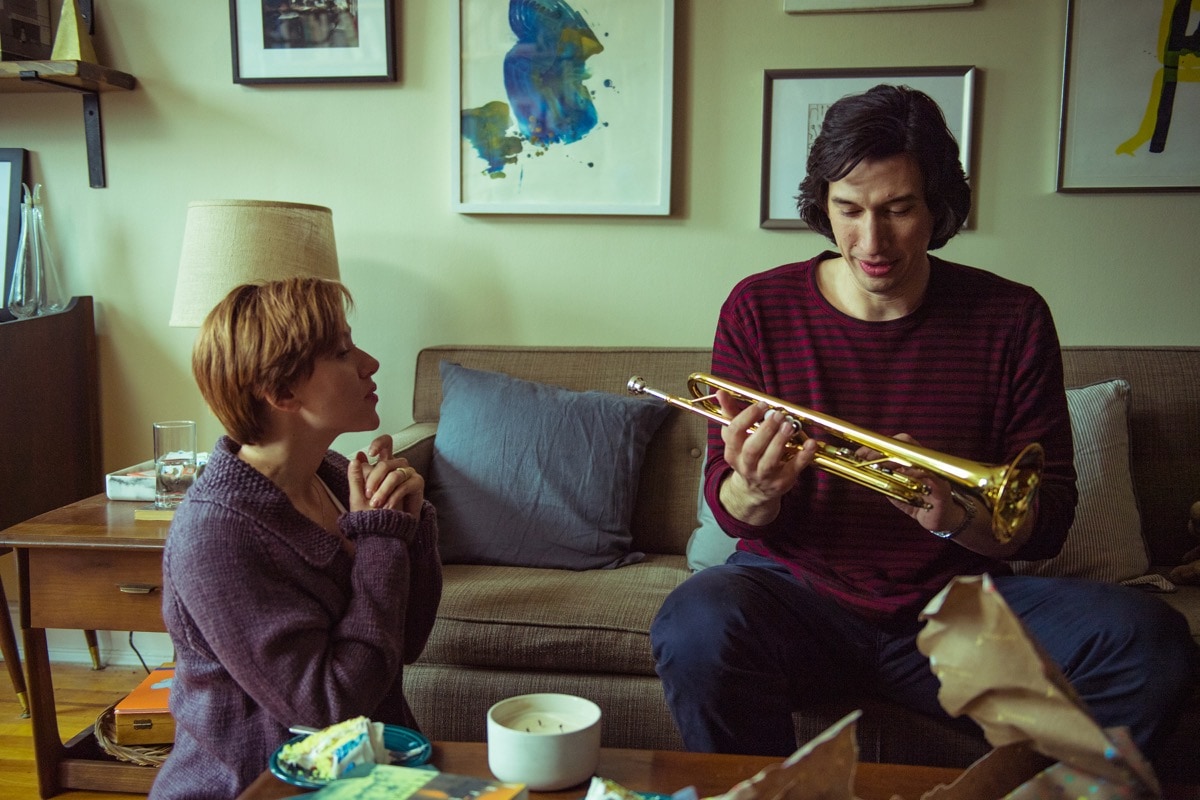 Scarlett Johansson. Ryan Reynolds. Ian Somerhalder. Henry Cavill. Anthony Hopkins. Adam Driver. Those are the big names that are headed to Netflix in December. Reynolds will be seen in 6 Underground, a 150-million-dollar Michael Bay action movie. Wait, do we have to say action when Bay is involved? 6 Underground is out December 13. The other big-budgeted original this month is The Witcher, which stars Cavill as a monster hunter and arrives December 20. Both are unknown quantities. Meanwhile, Marriage Story and The Two Popes are coming off a successful film festival circuit run. Johansson and Driver are part of Marriage Story, out December 6. Hopkins and Jonathan Pryce star in The Two Popes, coming December 20. Somerhalder fans can find him in a new vampire series, V Wars, on December 5.

From The Witcher to Crisis on Infinite Earths, TV Shows to Watch in December

Elsewhere in December, the first half of Rick and Morty season 4 will arrive in the second half of December, after it wraps up airing in the US on Adult Swim. Also, the hit psychological thriller You is now a full-fledged Netflix original. You season 2 is slated for December 26, the day after Christmas. And in more family-friendly fare on the same day, the Fast and Furious franchise expands with the animated Fast & Furious Spy Racers. If you're looking for a middle ground between those two for the full family, try your luck with the second season of sci-fi drama Lost in Space, which airs Christmas Eve, December 24. The first season was mediocre to say the least, so viewer beware.

Beyond the scripted stuff, Netflix's interest in true-crime docu-series continues with The Confession Killer, about a guy who claimed he had killed hundreds of people. The Confession Killer is out December 6. Then, you've Kevin Hart and Tiffany Haddish taking you into their lives. Hart looks at his career and marriage in the six-part docu-series Kevin Hart: Don't F**k This Up, coming December 27. Haddish — the breakout star of Girls Trip, and an Emmy-winning Saturday Night Live host — is blending singing and dancing into her stand-up special, which reflects on her 40 years. Her birthday is December 3, which is when Tiffany Haddish: Black Mitzvah also arrives.

If you're wondering where the Indian originals are, well, that's because there aren't any in December. For what it's worth, the saccharine The Sky Is Pink — starring Priyanka Chopra Jonas and Farhan Akhtar, and directed by Shonali Bose — is out December 11 on Netflix. And on New Year's Eve, December 31, we get Don. The original one with Amitabh Bachchan and written by Salim-Javed, not the one with Shah Rukh Khan and directed by Javed's son Farhan. With that, here are our 10 picks for November 2019 that you should watch out for, and the full list of movies and TV shows coming to Netflix India after that.

Scarlett Johansson and Adam Driver play an entertainment industry couple going through a divorce in this terrific film, which pulls them — and their young son — from New York to Los Angeles, the two different hometowns of the protagonists. Wonderfully written and acted, Marriage Story is easily one of the best films of the year. From writer-director Noah Baumbach, best known for Frances Ha, The Squid and the Whale, and Mistress America.

From the director of 2002's City of God — Fernando Meirelles — comes an inspired-by-real-life tale of friendship that formed between Pope Benedict XVI (Anthony Hopkins) and Cardinal Jorge Mario Bergoglio (Jonathan Pryce), the future Pope Francis, after the latter approached the former regarding his concerns with the direction of the Catholic Church. Well-received with an 87 percent “fresh” rating on Rotten Tomatoes and a 79 “favourable” score on Metacritic.

With the blessing of author Andrzej Sapkowski, who served as a creative consultant on this series based on his books, Netflix launches a Game of Thrones replacement contender with Henry Cavill in the lead as Geralt of Rivia and Lauren Schmidt Hissrich (Daredevil, The Defenders) as the creator and showrunner. It has a lot to prove to fans — of books and the popular video game adaptations — but Netflix is confident, having already greenlit a second season.

Just over two years since the end of the previous season — the longest gap yet for the acclaimed adult animated comedy — Rick and Morty is back for season 4, which will air in two parts across the New Year's divide. Five episodes in 2019, and another five sometime in 2020. The likes of Jeffrey Wright, Taika Waititi, Kathleen Turner, Sam Neill, and Paul Giamatti have guest voice roles, with plots involving “death crystals”, AI robots that can pull off heists, and a planet that serves as a personal toilet.

Considered one of the best films of the 2000s, Kate Winslet and Jim Carrey star as an estranged couple who erase each other from their memories thanks to a new technology, and then start dating again. Thanks to Charlie Kaufman's imaginative script and Michel Gondry's astute direction, Eternal Sunshine is beautiful, heart-breaking piece of art, one that's wonderful and weird in equal parts, and finishes in a style that brings together its various themes in bittersweet perfection.

Netflix already had the middle entry Ocean's Twelve — the poorest of the trilogy — and it's now getting the two better chapters. In Ocean's Eleven, the group tries to rob three casinos in Las Vegas, and goes after a new casino owner (Al Pacino) in Ocean's Thirteen. Led by a star-studded cast in George Clooney, Brad Pitt, Matt Damon, Don Cheadle, and Casey Affleck. Julia Roberts appears in Ocean's Eleven. And of course, shot and directed by Steven Soderbergh.

“Say hello to my little friend.” Even if someone hasn't seen Scarface — one of the best mob films of all-time, starring Al Pacino, written by Oliver Stone, and directed by Brian De Palma — they've come across that famous dialogue, or a variant of it, at some point in their lives. One of these few films where the remake is better than the original. Thanks to Pacino's talents, searing writing, and ultra-violent, stylised visuals, it's now the standard bearer for crime pics, and even inspired GTA Vice City.

Tom Hanks plays Apollo 13 Commander Jim Lovell in this dramatised adaptation of Lovell and Jeffrey Kluger's book Lost Moon: The Perilous Voyage of Apollo 13, which details the aborted lunar mission and NASA's struggle in getting Lovell and his crew back home safe. Directed by Ron Howard, who took pains to keep things as technically accurate as he could, Apollo 13 was met with near-universal acclaim and won two technical Oscars.

After failing to land the title role in Ben-Hur, Kirk Douglas optioned a book with a similar theme that would become Spartacus, about a slave who led a revolt — known retrospectively as the Third Servile War — against the mighty Roman Empire. The epic three-hour drama faced numerous troubles during production, including director Stanley Kubrick, who railed at several things he didn't like and disowned the film after release, even as it won four Oscars and was named as one of the best historical epics.

Set in the glamourous couture world of 1950s post-war London, Phantom Thread — written and directed by Paul Thomas Anderson — follows renowned dressmaker Reynolds Woodcock (Daniel Day-Lewis). Women come and go through Reynolds' life, until the day he falls in love with a young, strong-willed waitress, Alma (Vicky Krieps). His heavily controlled and tailored life soon unravels, and the film captures his creative journey, and the women who keep it running.

Here's the full list of all the new content coming to Netflix India in November 2019. We've marked Netflix Original titles in bold for your convenience.

December 11
The Sky Is Pink

December 19
After the Raid
Twice Upon a Time
Ultraviolet: Season 2

US Said to Weigh New Regulations to Further Restrict Huawei Suppliers
Oppo A9 2020 Vanilla Mint Edition Teased to Launch in India Soon: All You Need to Know