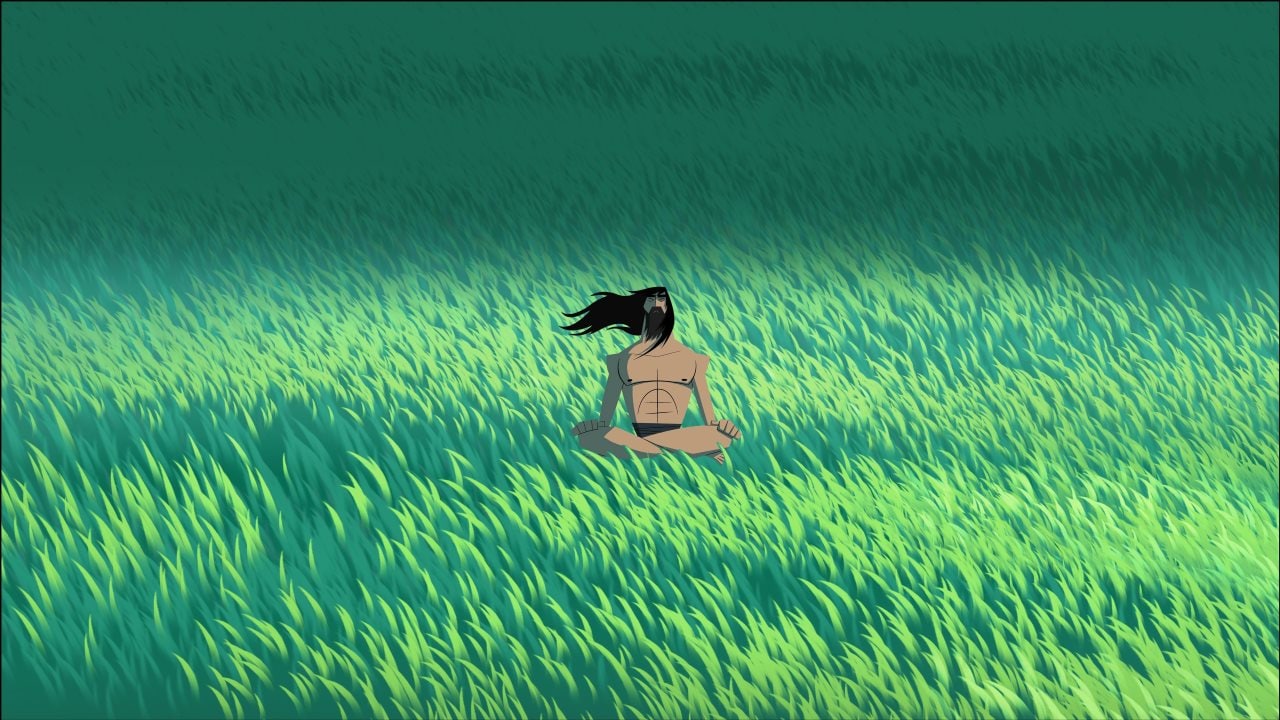 Over the weekend, we got a teaser trailer for Deadpool 2, which won’t be part of the film, since the movie has yet to start filming. Instead, the clip – titled ‘No Good Deed’ – has Ryan Reynolds’ Wade Wilson strolling through the streets when he comes across a crime about to happen. We won’t spoil it from there, except to say it’s full of references (including the background score), fourth-wall breaking comments, and even a cameo.

Star Trek: Discovery, the newest Trek TV series debuting this year, has cast its captain: Jason Isaacs, best known as Lucius Malfoy in Harry Potter, will play Captain Lorca. He’s not the lead on the show, though, as Discovery will follow lieutenant commander, to be played by Sonequa Martin-Green.

Meanwhile, on Wednesday, The CW renewed Riverdale for a second season. The show is a real-world adaptation of the Archie Comics, sprinkled with a murder mystery plot into it. It’s currently midway through its first season, and airs on Colors Infinity in India, and is also available on Netflix India.

Before David Leitch directs Deadpool 2, his other action film – starring Charlize Theron as a Cold War-era spy in Berlin – called Atomic Blonde has received its first official photos. The film is set to premiere at the SXSW Film Festival over the weekend, with a trailer set to debut Friday. Keep an eye out. Theron’s last action film was the phenomenal Mad Max: Fury Road.

The director of Jurassic World sequel – JA Bayona – revealed the first look at his movie on Twitter during the week. It shows a girl with her back turned to the camera, in a room full of dinosaur skeletons. Jurassic World ended up becoming the fourth highest grossing film of all-time, even though it failed to live up to the original 1993 film.

The third entry in Thor series – Thor: Ragnarok – will have Chris Hemsworth in a new look, EW’s latest cover has revealed. He’s lost his long blonde looks, and even the Mjolnir – he’s carrying two swords and a shield! What’s going on? We’ll find out when the film rolls into theatres on November 3.

Also on Wednesday, Disney gave a sneak peek at the next Star Wars film – The Last Jedi – to its shareholders at the annual meeting. It had Luke asking Rey: “Who are you?” While the initial tweets missed the connection, a later report clarified the scene doesn’t actually take place immediately after The Force Awakens, but was set in a hut on Ahch-To.

In other Deadpool 2 news, Ryan Reynolds revealed via Twitter on Thursday that Atalanta star Zazie Beetz had been cast as Domino in the sequel. In the comics, Domino possesses mutant powers, and is excellent at marksmanship and hand-to-hand combat.

And finally, late on Thursday, HBO announced the premiere date for Game of Thrones’ seventh season. The show will return on July 16, confirmation of the summer release that the producers had earlier talked about.

TV:
The Americans
The Americans is the story of Mr and Mrs Jennings (Matthew Rhys and Keri Russell), two Soviet KGB agents posing as an American couple with their two unsuspecting children, living in the suburbs outside Washington, D.C. during the Cold War in the 1980s.

In reality, though, The Americans is a family drama disguised as a spy thriller. Showrunners Joe Weisberg – himself a former CIA officer – and Joel Fields do incredibly well to integrate international diplomacy and the Jennings' marriage, and portray the two as the push and pull of human behaviour.

The fact that the series doesn't hinge on timely insertion of action scenes to "engage" its audience and is much more interested in character studies without being melodramatic is another feather in the cap for the FX drama.

Its fifth season, that premiered earlier in the week, continues to perform strongly, with early reviews rating it as one of the best dramas on air currently.

Samurai Jack
Created by the man behind Dexter’s Laboratory – Genndy Tartakovsky – Samurai Jack followed our titular samurai warrior in a distant future that he was transported to by the evil shape-shifting wizard Aku. For four seasons, Jack had to navigate the robot warlords of the time, all in search of a time portal that would take him back, to undo the calamity.

The Cartoon Network show hit pause after finishing its four-season 52-episode order in 2003. For years, there were rumblings of a film, but never materialised properly. After an absence of fourteen years, Samurai Jack returns this week for a fifth and final season, with Tartakovsky as executive producer.

It’s set a further 50 years into the future, but Jack – voiced by Phil LaMarr – hasn’t aged a bit owing to the side-effects of time travel. Meanwhile, a group of assassins that follow Aku are plotting to kill him.

Samurai Jack Is Coming Back, on Adult Swim

American Crime
An anthology series developed by Oscar-winning screenwriter John Ridley, American Crime looks at issues relating to race, class, and gender politics in the US. The show’s first season dealt with a court trial involving four people charged with a home invasion, while the second season focused on captains of a school basketball team accused of sexually assaulting a classmate.

In the third season, Ridley will look at the troubles of illegal immigration, and the people who displace themselves willingly for the American Dream. Benito Martinez plays Luiz Salazar, a field worker from Mexico, works on a failing tomato farm owned by Jeanette Hesby’s (Felicity Huffman) family. Huffman is one of two recurring cast members, playing different characters in each season, along with Timothy Hutton.

Critics say that the show’s third turn is as strong as its previous ones, with a broader range of issues tackled this time around. Praise has also been directed towards Ridley’s handling of the actors’ performances, as he allows them to live and breathe.

Other mentions:
The second season of Love, Judd Apatow’s romantic series starring Gillian Jacobs, and Paul Rust (who also co-wrote), is enjoyable, according to early reviews. Check that out if you’re looking for a binge-watch. There’s more of that sort in our monthly Netflix guide.

On the movie front, Natalie Portman’s Oscar-nominated turn in Jackie, where she played former US First Lady Jacqueline Kennedy, is now available on Blu-ray. Should you pick it up on disc, you’ll also get a commentary track from Portman and director Pablo Larraín, plus a making-of featurette.

Video games:
Nier: Automata
Sequel to the 2010 game Nier, which itself was a spin-off of Drakengard series, Nier: Automata is an action role-playing game set in the distant future where alien machine lifeforms pose a great threat to mankind’s survival. In response, the last remaining humans take refuge on the Moon, and build a resistance of android soldiers – YoRHa – who are sent to Earth to take it back.

The studio that worked on the original – Cavia – was disbanded in 2010, so even though director Yoko Taro returned to assist on the follow-up, supported by Nier producer Yosuke Saito, and composer Keiichi Okabe, the new developers – PlatinumGames – were facing an uphill climb. Thankfully, it has managed to craft a fantastic game, as we noted in our review.

We loved Automata’s effective story, and its combat mechanics have been designed well. Strangely, it’s not always a RPG title, with parts taking place in 2D platforming sections, or even top-down view in some levels.

How to access: PlayStation 4, or pre-order on Steam for Windows PCs
Time commitment: Around 25 hours

Tom Clancy’s Ghost Recon Wildlands
The Ghost Recon franchise has been around in some form since 2001, and in Wildlands – its tenth instalment – it’s the first in the series to have an open-world. Here’s what it’s about – you’re still leading a team of Ghosts, a four-player elite unit. Your mission is to take on the Santa Blanca drug cartel in Bolivia, which Ubisoft wants you to know is a fictional reimagining, with geography the only truth.

That’s because the Bolivia government is upset with the country’s portrayal in the game, shown to be a country controlled by drug traffickers. The truth isn’t far off, though there’s certainly a bit of creative license involved. Bolivia is the world’s third largest producer of coca leaves, after all, which is essential in the production of cocaine.

Coming back to the game, you’ll have a vast arsenal of weapons, vehicles, and drones at your disposal, to help defeat the enemy. Wildlands can be played solo, or in co-op with up to three friends. The game allows you to play in different styles, as we said in our review, and packs a surprising amount of fun.

How to access: PlayStation 4, Xbox One, or Steam for Windows PCs
Time commitment: As much as you want, really

You play as the hero Jason, who drives around in the battle-tank Sophia III and looks for the dungeon entrance. Once you locate it, you exit the tank and take on the mutants inside. You can also upgrade the tank, your equipment, and even gain new abilities before moving to a new area. The game even has support for 2-player mode, with the second providing support as you travel.

Early reviews have praised the game for retaining the original’s charm, setting the difficulty just right for new-age gamers, and the fun it delivers in co-op. It’s certainly not revolutionary, but it’s a great introduction nonetheless.

How to access: Nintendo Switch/ 3DS
Time commitment: As much as you want, really

Google Drive Gets New Tools for Enterprise Users; Gmail Gets Business-Focused Add-Ons
Chrome 57 Released for Mac, Windows, and Linux Users; Android and Chrome OS Users to Get It Soon