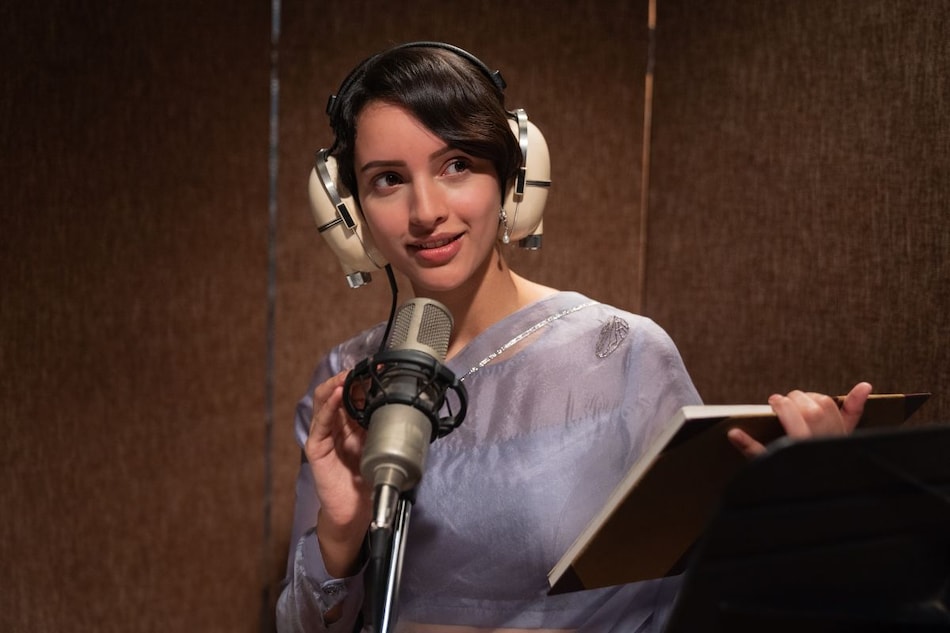 That leaves two. Netflix showed an over-the-top musical number for the neo-noir Monica, O My Darling, which stars Rajkummar Rao and Radhika Apte, and a teaser for the wedding documentary Nayanthara: Beyond the Fairy Tale. Those aren't listed below, so just hit those in-line links to watch them. For everything else, here's a closer look at the Indian Netflix series and movies that were shown at the Tudum 2022 India showcase.

Love, crime, and a lot of mid-90s nostalgia — Dulquer Salmaan promised all three in the teaser for his first Netflix series, which is being described as a genre-bending black comedy set in small-town India. That mix of humour and darkness is best felt towards the end, with a wrench turning into an instrument of death.

Loosely based on a real-life incident, Soup follows Swathy Shetty (Konkona Sensharma), an incompetent cook who dreams of owning a restaurant. Standing between her and her dream is suspicious husband Prabhakar (Manoj Bajpayee).

Soon, fate provides her an opportunity to chase her dreams, but that would involve cooking up a masterful plan to replace her husband with a lover. When a bumbling police officer and others get involved, her plan begins to get cold.

To save the life of his drug peddler brother, former civilian informant Gurnam (Randeep Hooda) — who worked for the cops during the 90s insurgency — must return to the world he left behind. But facing his dark past might be the least of his worries, when his task is to snitch on Punjab's terrifying drug mafia.

Set in the 1930s and late 1940s (that's both pre- and post-Independence India), Qala follows a young playback singer of the same name. That involves dissecting her tragic past — including her relationship with her mother — which eventually catches up with her, and causes her to unravel at the peak of her hard-won success.

An official adaptation of the American TV series Ray Donovan, Rana Naidu (Rana Daggubati) follows a law firm mediator who handles dirty work for the city's wealthiest clients. His mundane routine is shaken up when his estranged father (Venkatesh Daggubati) is released from prison. Drama unfolds when father and son come face to face, bringing up demons from the past and exposing vulnerabilities in the strong-willed fixer.

Are you a fan of Elite? India is getting its own take on the Spanish Netflix series, set in the national capital of Delhi. Three kids from the gritty side of Delhi join the glossy and upscale Hampton International, which shakes up the status quo both at and outside school. As class dynamics are challenged, love blossoms across socioeconomic boundaries, and the “elite” families reveal their shallow underbelly.

Netflix movies and TV shows might have led us to believe that all true-crime stories are based on murders. Kathal, however, is a bit light-hearted, centring around the case of a politician's stolen jackfruits. First-time director Yashowardhan Mishra tries weaving a light-hearted account of bizarre true-ish events from 2014, during which the Delhi police formed a unit to hunt down the said fruits.

Loosely based on Jigna Vora's book Behind Bars in Byculla: My Days in Prison, Scoop chronicles the journey of ambitious crime journalist Jagruti Pathak whose world comes crashing down when she's charged with the murder of a fellow journalist. As her trial drags on, she encounters those she once reported on — including a sharpshooter, a bookie, and Chhota Rajan himself.

What could go wrong when a flight attendant partners with a businessman to steal diamonds, 40,000 feet up in the air? An act of desperation turns into a hostage situation in this drama, causing leads Yami Gautam and Sunny Kaushal to ditch their initial plans and save the passengers.

In a cinematic interpretation of Amar Bhushan's spy novel “Escape to Nowhere,” Khufiya follows RAW agent Krishna Mehra (Tabu) on an espionage mission to track down a mole selling India's defence secrets. Grappling between her two identities — as a whistle-blower and a lover — Mehra must navigate an elaborate surveillance scheme to track down the suspect, who's been stealing sensitive data right from under their noses.

Nayanthara: Beyond the Fairytale