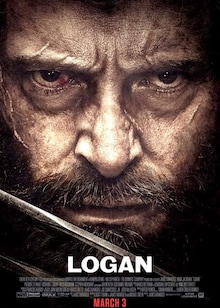 An elderly, weary, and dormant Wolverine/Logan (Hugh Jackman) forces himself out of hibernation when a child mutant, Laura (Dafne Keen), who has been created by scientists, seeks his help. Rating 77
Rate this Movie
Your Rating

In the last nine years, Marvel Studios has more or less perfected the recipe for superhero success, earning its way past $10 billion (about Rs. 66,705 crores) worldwide last year. Fox, which holds some Marvel licenses, has been at it for much longer – the first X-Men film came out all the way back in 2000 – though its efforts haven't been commended as universally. Where Marvel's variation of tone and creators gave it the upper hand, the reception for Fox alternated between praise and disappointment, and it was never quite able to sustain any momentum.