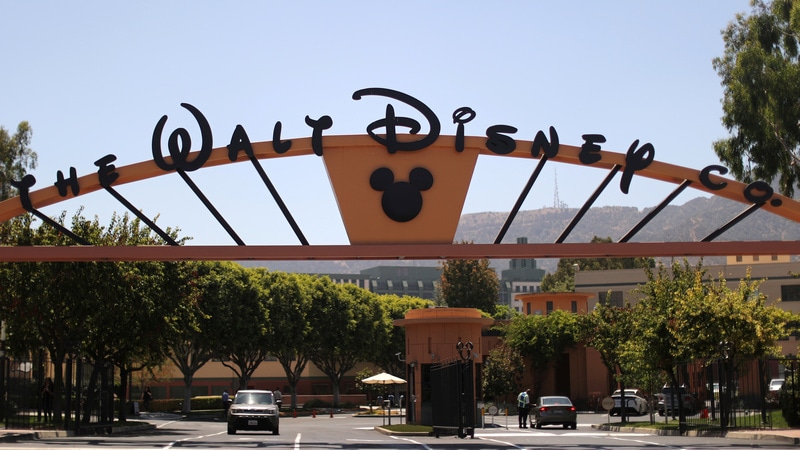 Disney announced Thursday that its video streaming service would launch in the US in November, spotlighting its blockbuster-making studios as it takes on powerhouse Netflix.

The company said that after launching in the US on November 12 at $6.99 (roughly Rs. 480) per month, Disney+ will gradually expand internationally, starting in Europe.

Disney is among some of the biggest names in the media and tech world gearing up to move into streaming, in what could be a major challenge to market leader Netflix.

Disney plans to make the streaming service available in all major regions of the world within two years.

The service will offer Disney's films and TV shows, along with the library it acquired from Rupert Murdoch's 21st Century Fox. That includes the Star Wars and Marvel superhero franchises and ABC television content.

Last month Walt Disney. closed its $71 billion deal for the film and television assets of 21st Century Fox as the "legacy" producers controlling Hollywood seek to fend off Netflix and other streaming firms including Amazon.

Details about Disney+ were shared by executives at an annual investor day, where chief executive Bob Iger said the streaming service would combine the strengths of Disney and the assets acquired from Fox.

"The Disney+ platform is being built on that foundation, one that no other content or technology company can rival," Iger said.

"We knew the best approach to the market was to create great content and distribute it in innovative ways. It is that simple."

Disney+ will combine offerings from powerhouse brands including Pixar, Marvel, and Star Wars with content from Hulu and sports network ESPN.

Disney stressed plans to use its coveted content, and original creations to come, to differentiate itself in the increasingly competitive streaming television market.

The entertainment colossus was arranging to get Disney+ on a broad array of smartphones, tablets, gaming consoles, set-top boxes and smart televisions, according to executives.

Big spending on shows
Disney will invest heavily in the new streaming service, which is not expected to become profitable until 2024, chief financial officer Christine McCarthy told investors.

The company projected that it would have from 60 million to 90 million subscribers by that time, with two-thirds of them outside the United States.

"We will be aggressive in our efforts, and we believe we will succeed," McCarthy said.

But John Meyer, an analyst and Transpire Ventures partner said he strongly believes Disney will not become a threat to Netflix.

"Netflix now knows what people want more than anybody," he said.

Disney+ will launch "with a robust library of theatrical and television content" and will release more than 25 original series and 10 original films, documentaries and specials in its first year, according to the company.

Netflix and Amazon spend billions of dollars on original content for their rival streaming television services, hoping to win viewer loyalty with must-watch films or shows.

At the same time, Google-owned YouTube has been steadily evolving from a global video sharing platform to an Internet-age television service.

With Hollywood stars galore, Apple last month unveiled its streaming video plans along with news and game subscription offerings as part of an effort to shift its focus to digital content and services to break free of its reliance on iPhone sales.

The Apple TV+ on-demand, ad-free subscription service will launch this year in 100 countries, the company said.

This year is also expected to see the launch of a streaming television service from WarnerMedia, the media-entertainment division of AT&T acquired in an $85-billion deal.

The new entrants, with more expected, could launch a formidable challenge to Netflix, which has about 140 million paid subscribers in 190 markets, and to other services such as Amazon Prime.

Netflix is likely to feel pain, not only from intense competition, but also from the loss of content from the big libraries of Disney and Time Warner.

Why Netflix Doesn’t Have a Hindi or Tamil Interface Yet
Huawei Set to Become World’s Largest Smartphone Company by the End of 2020: Richard Yu