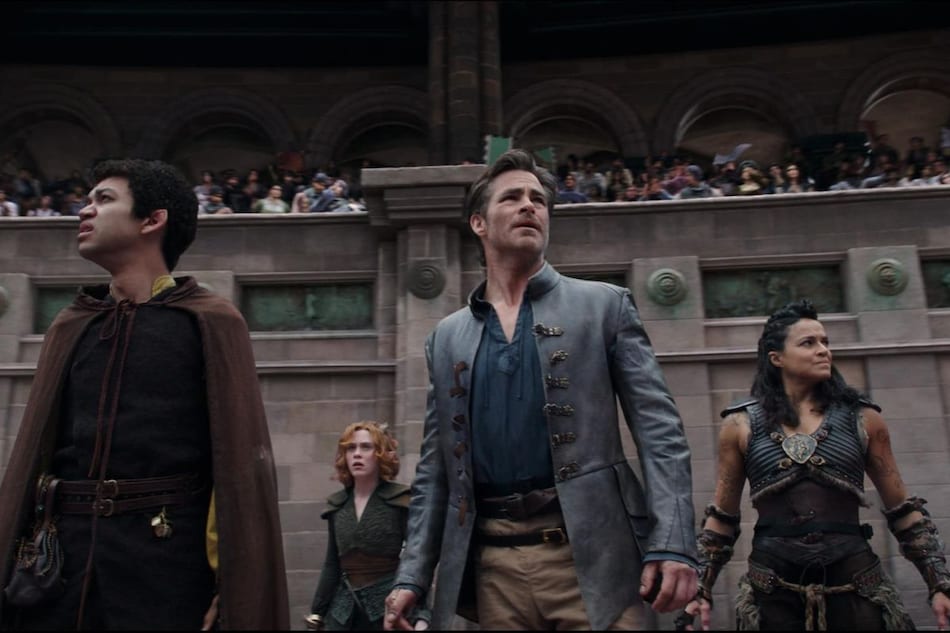 Dungeons & Dragons: Honor Among Thieves trailer is out now. Paramount Pictures revealed the footage for the upcoming live-action film during a San Diego Comic-Con panel. The movie — starring Chris Pine, Michelle Rodriguez, and Regé-Jean Page among others — is slated to release on March 3, 2023 in theatres, and features a ton of traditional elements from the popular tabletop role-playing game. Dungeons & Dragons: Honor Among Thieves was originally set to be released in July 2021, but kept getting delayed due to the COVID-19 pandemic and other internal issues — until eventually fixating on March 2023.

The trailer for Dungeons & Dragons: Honor Among Thieves kicks off with a voiceover explaining the premise. As a thief, Pine leads a pack of rogue adventurers on a fantastical journey in search of an ancient relic. The half-baked, unclear exposition reveals that the said antique harboured dark, mystical powers and was accidentally handed over to the wrong group of people. “We didn't mean to unleash the greatest evil the world has ever known,” it narrates.

So now, our ragtag group of misfits are tasked with obtaining it back through whatever means possible. The path ahead is daunting, teeming with dragons, gelatinous cubes, mimics, magical warriors, and displacer beasts serving as hurdles. The Dungeons & Dragons: Honor Among Thieves trailer then transcends into quick shots of the remaining cast members. Rodriguez is a brute, adept at solving problems using her fists and heavy weaponry.

Page — of Bridgerton fame — relies on sharp blades, while Justice Smith conjures magical incantations. Dungeons & Dragons: Honor Among Thieves trailer also introduces us to a shapeshifting “owlbear,” played by Sophia Lillis (Sharp Objects, It Chapter Two) — who adds to the never-ending banter and quippy lines between the characters.

Hugh Grant also stars in Dungeons & Dragons: Honor Among Thieves, and he believes the movie has a “Monty Python sensibility” in terms of humour. Writer-director Jonathan Goldstein (Spider-Man: Homecoming, Horrible Bosses) also has plans for a D&D franchise in the near future. “There are characters from the lore as well, which will provide a runway into multiple films,” he said at the Comic-Con 2022 panel.