Honor Tablet 8 will be powered by an octa-core Snapdragon 680 SoC and run on Magic UI 6.1. 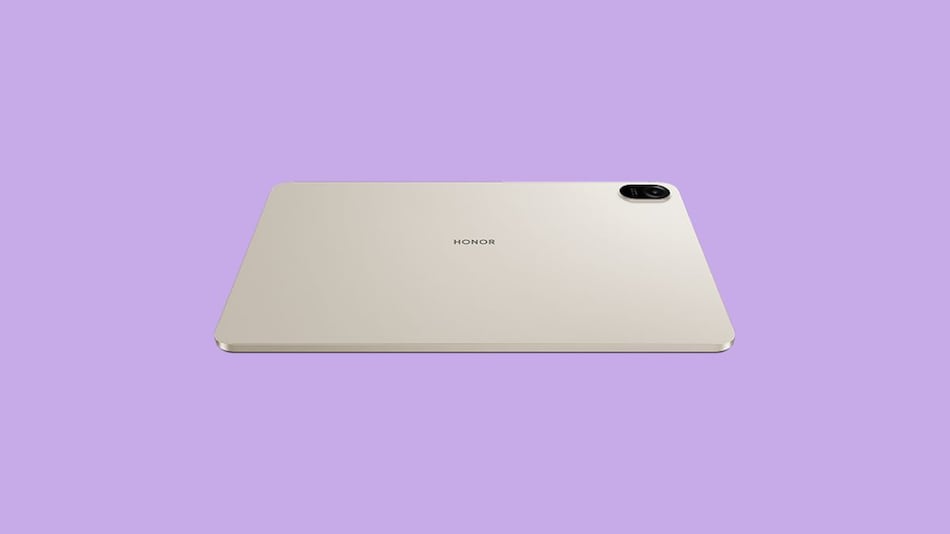 Honor Tablet 8 is equipped with one microphone and eight speakers

Honor Tablet 8 has been launched in China. The tablet from the Chinese company will be powered by an octa-core Snapdragon 680 SoC and run on Magic UI 6.1. The Honor tablet will come with 8GB RAM and 128GB internal storage among others. The Tablet 8 is said to come with a 12-inch IPS display. The tablet packs a 7,250mAh battery and the company claims a charging time of about 126 minutes and a standby time of up to 59 days. The Honor Tablet 8 comes in three colour options.

The Honor Tablet 8 sports a 12-inch IPS multi-touch screen with 2,000x1,200 pixels resolution, 195PPI, and a peak brightness of 350nits. To recall, the tablet from the Chinese company will be powered by an octa-core Snapdragon 680 SoC paired up to 8GB of RAM and 128GB of inbuilt storage.

For photos and videos, the Honor Tablet 8 features a 5-megapixel rear camera, along with a 5-megapixel front-facing camera for selfies and video chats. Connectivity options include Wi-Fi, Bluetooth v5.1, and a USB Type-C port with and USB OTG support. Sensors on board include an accelerometer and an ambient light sensor.