Oppenheimer Movie: Poster Out for Christopher Nolan's Next Film, Releasing in July 2023

The Nolan film recites the tale of J. Robert Oppenheimer aka the father of the atomic bomb. 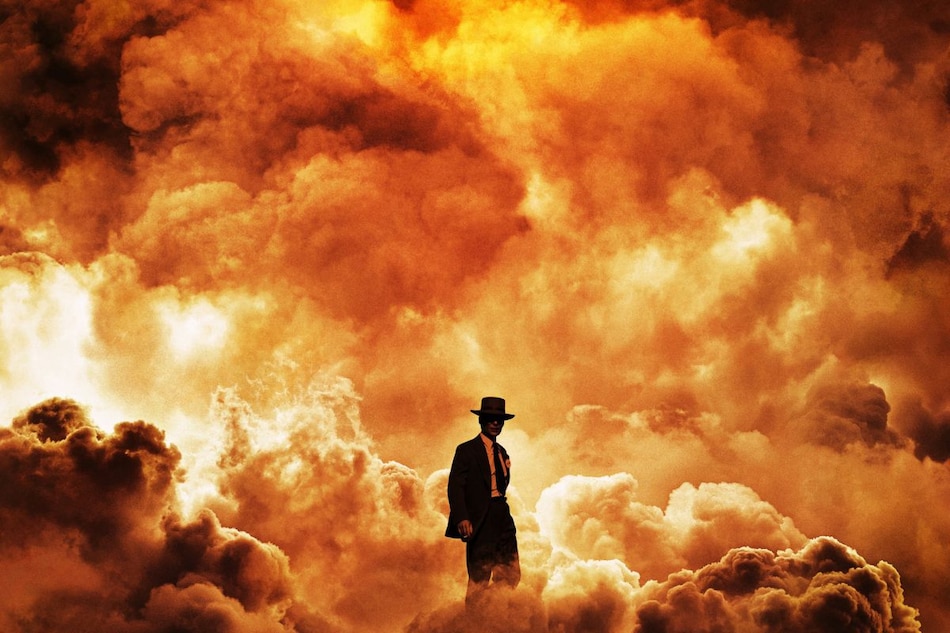 Cillian Murphy as the titular Oppenheimer

Oppenheimer — the upcoming, much-anticipated movie from Christopher Nolan — has dropped its first poster. The official Twitter account for the film unveiled a poster, starring Cillian Murphy in the titular role, with the July 21, 2023 release date and names of the main cast members: Emily Blunt, Matt Damon, Robert Downey Jr., and Florence Pugh. Distributed by Universal Pictures, Oppenheimer will recite the tale of renowned theoretical physicist, J. Robert Oppenheimer, and his role in the development of the atomic bomb during World War II. The tagline for the film says, “The World Forever Changes,” in reference to the Manhattan Project.

Murphy, a long-time collaborator of Nolan will appear as a lead for the first time in one of his films. The poster for Oppenheimer reveals his main look — dressed in a dapper suit and tie, with a brimmed hat, as the world succumbs to flames around him. In an interview, Murphy touched upon the research work for the part, which involved “an awful lot of reading. I'm interested in the man and what (inventing the atomic bomb) does to the individual. The mechanics of it, that's not really for me. I don't have the intellectual capability to understand them,” he told The Guardian.

#Oppenheimer - Only in theaters 7 21 23 pic.twitter.com/olB1RLnNZl

Written and directed by Nolan for the screen, Oppenheimer is based on Kai Bird and Martin Sherwin's Pulitzer-winning biography, ‘American Prometheus: The Triumph and Tragedy of J. Robert Oppenheimer.' As stated earlier, the book chronicles the physicist's involvement in the Manhattan Project, as he leads his team to create the most devastating weapon known to mankind.

Alongside, the first teaser trailer for Oppenheimer is debuting exclusively in US movie theatres, ahead of Jordan Peele's Nope. Both films are being distributed by Universal Pictures. Nope is out Friday, July 22 in the US and elsewhere, and August 19 in cinemas across India. We could be treated to the Oppenheimer teaser trailer in August in India.

Going by those who've seen it, the brief Oppenheimer clip begins with the dialogue, “The world is changing, reforming. This is your moment,” uttered by Emily Blunt as Katherine, Oppenheimer's wife. It then switches between visuals of engulfing flames and black and white footage of Murphy being followed around by reporters. An interesting thing to note here is the countdown at the bottom-right of the screen, which could signify the time taken for the first atomic bomb to set off.

According to IMDb, Oppenheimer will make use of both colour and monochrome film stocks in their IMAX cameras, with a Dolby Digital sound mix. Stylistically, it could be similar to his 2000 feature, ‘Memento,' where the movie cuts between present and past throughout. The film stars Downey Jr. as Lewis Strauss, Damon as Leslie Groves Jr., Pugh as Jean Tatlock, Benny Safdie as Edward Teller, Rami Malek, Kenneth Branagh, and Gary Oldman.

This marks director Nolan's first movie at Universal Pictures, after severing a nearly two-decade-long partnership with Warner Bros. The Dark Knight director was appalled at the idea of Warner releasing all major films on their novel streaming platform, HBO Max — calling it, “the worst streaming service.”

“Warner Bros. had an incredible machine for getting a filmmaker's work out everywhere, both in theatres and in the home, and they are dismantling it as we speak. They don't even understand what they're losing. Their decision makes no economic sense, and even the most casual Wall Street investor can see the difference between disruption and dysfunction,” he added in a statement to The Hollywood Reporter. Soon after, Nolan and his team started looking for a new studio to produce Oppenheimer — including the likes of Sony Pictures and Paramount, before settling for a deal with Universal Pictures.

Christopher Nolan's Oppenheimer will release exclusively in cinemas on July 21, 2023.