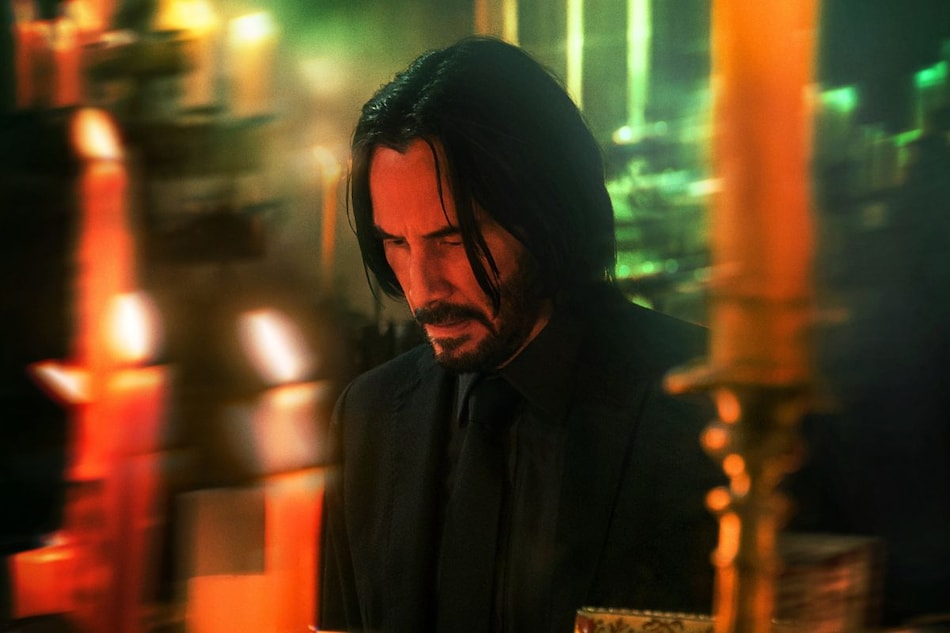 John Wick: Chapter 4 has revealed its first official image for the next instalment in the popular hitman franchise. Lionsgate posted the photo on Twitter, featuring a signature black-clad Keanu Reeves sitting in an altar, with candles surrounding him. Late year, the studio delayed the film's release from May 2022 to March 24, 2023, due to pandemic-related concerns. At the time, fans were also treated to a short teaser for the movie with the words, “Be seeing you.” Lionsgate also has a still-unreleased trailer in store for us, which premiered at CinemaCon in April.

Serving as a direct sequel to John Wick: Chapter 3 – Parabellum, the new film sees the titular hitman (Reeves) teaming up with Bowery King (Laurence Fishburne) in hopes of seeking vengeance against the High Table. Deadline reported back in December that John Wick: Chapter 4 was being shot in different locations around the world, and that production was halted while in Japan due to the surge in Omicron cases.

And so it begins... #JW4 pic.twitter.com/xBgHCRWqJf

Further details on the plot are still scarce, but we can expect seamless fight choreography, large-scale action set pieces, and a broader array of professional assassins. In an interview with Collider, co-star Fishburne had this to say about the film: “I read the script. It's really, really cool. As much as it's the same world as the other three films, it's just deeper. It's much deeper in terms of the code of the assassin. And the relationship that he has with one character in particular who I think Mr Watanabe is playing...is really the heart and soul of it.”

It is worth noting that the creator of John Wick, Derek Kolstad is not involved as a screenwriter in Chapters 4 and 5. “No. At a certain stage, the studio will tell you, your creation is graduated, and you wish it well. I'm still close with Chad (Stahelski), still close with Dave (Leitch), and I don't know what's going to happen, but I'm excited to see,” he told Collider. Kolstad's last writing venture was the contained action film, Nobody — directed by Ilya Naishuller and starring Bob Odenkirk (Breaking Bad, Better Call Saul) in the lead.

John Wick: Chapter 4 is co-written by Shay Hatten (Army of the Dead) and Michael Finch (Hitman: Agent 47). The film also stars Donnie Yen, Ian McShane, Hiroyuki Sanada, Rina Sawayama, Shamier Anderson and Lance Reddick. Furthermore, Lionsgate Television is planning on a TV show spin-off expansion, ‘The Continental,' which is based around the assassin's hotel in the John Wick franchise.