He believes it’s the only way to do justice to the Dance of the Dragons arc, "from start to finish." 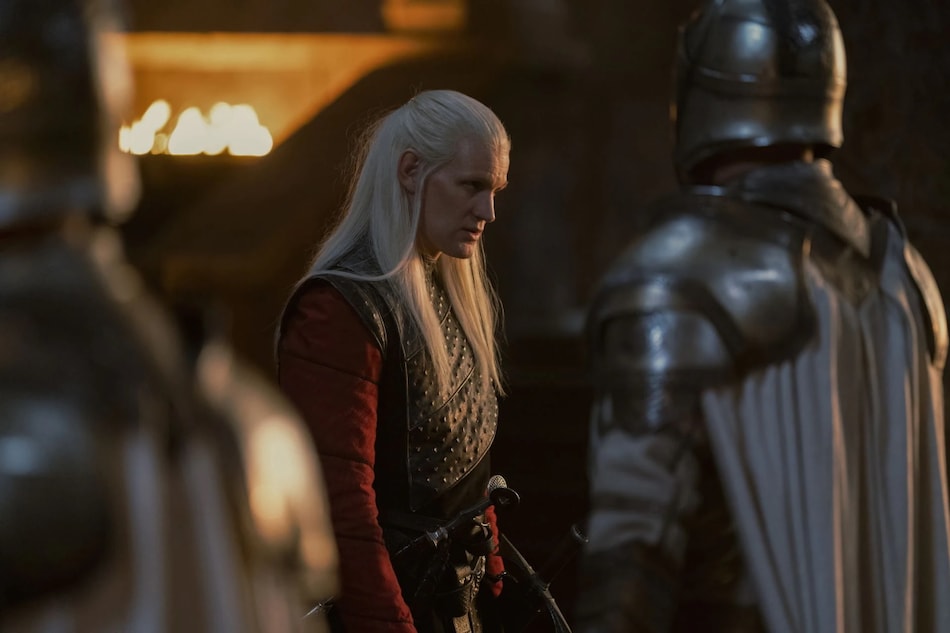 House of the Dragon will take four full seasons to depict the Targaryen saga. On his personal blog, author George R.R. Martin wrote about the latest episode in the Game of Thrones prequel series, “The Lord of the Tides,” commending actor Paddy Considine's portrayal of King Viserys, alongside the crew. Further down, he addressed the time jumps, noting co-showrunner Ryan J. Condal has handled it “very well,” and that it would take four seasons of 10 episodes each to complete the tale.

“If House of the Dragon had 13 episodes per season, maybe we could have shown all the things we had to ‘time jump' over… though that would have risked having some viewers complain that the show was too ‘slow,' that ‘nothing happened',” Martin said in his blog. “It is going to take four full seasons of 10 episodes each to do justice to the Dance of the Dragons, from start to finish.” The upcoming episode 9, titled “The Green Council,” serves as a prelude to that prophesied civil war, between Aegon and his half-sister Princess Rhaenyra Targaryen, for the Iron Throne.

Watch the Trailer for House of the Dragon Episode 9, ‘The Green Council'

While the mainline Game of Thrones series required eight seasons to depict its storylines, the prequel would only require four seasons, Martin believes, at the current pace, And while he does adore both young and old versions of the lead highnesses, Rhaneyra Targaryen and Alicent Hightower, he understands the judgement call behind House of the Dragon's infamous time jumps. “Do I wish we'd had more time to explore the relationship between Rhaenyra and Ser Harwin, the marriage of Daemon and Laena and their time in Pentos, the birth of various and sundry children,” he says. “and everything else we had to skip? Sure.”

The author believes that having 13 episodes per season could have shown all the finer story arcs, without needing a time jump, while understanding the demand for short-length series. He compares the requirement to shows he watched at a younger point in time: “Fewer and fewer as time goes by, it seems. When I was a boy, shows had 39 episodes a season. By the time I was writing for Beauty and the Beast, it was down to 22. Cable shrunk that even further.”

He muses about how HBO's The Sopranos was restricted to 13 episodes per season, after which, Game of Thrones had to adhere to a strict 10 episodes per-season plan. Another big-budgeted fantasy series running in parallel to House of the Dragon, Amazon's The Lord of the Rings: The Rings of Power, only has eight episodes per season, while a more recent HBO entry, The White Lotus only had six.

“Right now, Ryan Condal's focus is on House of the Dragon season 2, and mine is on The Winds of Winter,” he concludes. Last month, House of the Dragon co-showrunner Miguel Sapochnik stepped down from the series. Going forward, he will be credited as an executive producer for the Game of Thrones prequel series, giving way for Alan Taylor to take over. Taylor shares directorial credit with some early GoT episodes, and will partner with Condal to deliver the upcoming seasons, in close collaboration with author Martin.

New House of the Dragon episodes air every Monday at 6:30am IST on Disney+ Hotstar in India, and Sunday at 9pm ET on HBO Max wherever available. Season one consists of 10 episodes, as you know very well.