Fans will have to wait until season 4 premiere to learn about these supes. 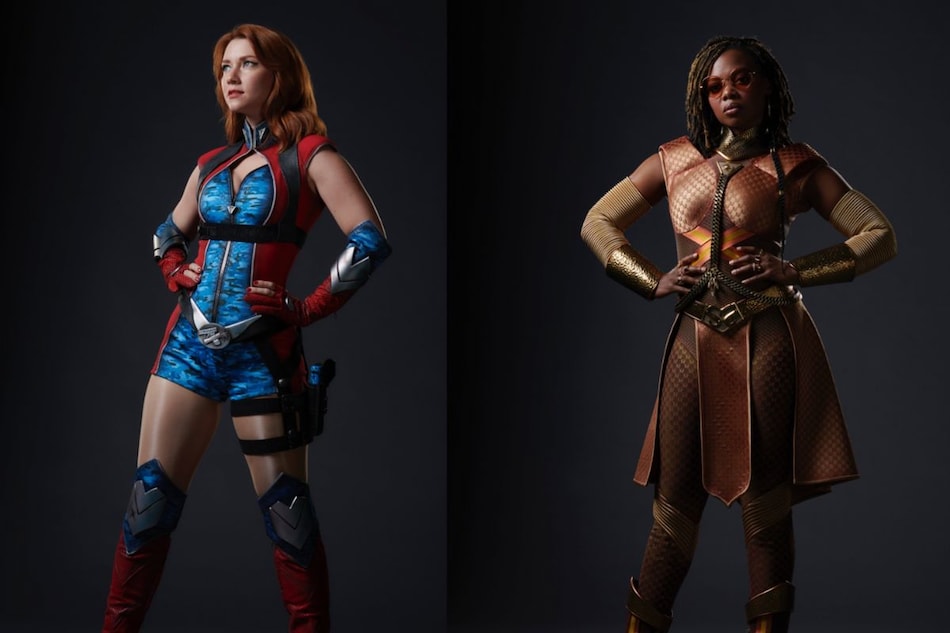 Both costumes were designed by Laura Jean Shannon, who previously worked on Soldier Boy's suit

The Boys season 4 has revealed the first look for its two new superheroes. The official Twitter account for the series offered a glimpse at its newly cast supes — Susan Heyward's Sister Sage, and Valorie Curry's Firecracker. Their abilities won't be revealed until the season 4 premiere though. Both costumes were designed by Laura Jean Shannon, who was also behind Jenson Ackles' Soldier Boy suit in The Boys season 3. Creator Eric Kripke confirmed earlier that The Boys season 4 had begun filming, with the first episode being titled “Department of Dirty Tricks.” Season 4 episode 1 will be directed by Phil Sgriccia, from a script penned by David Reed, who shares writing credits with several The Boys episodes.

The new tweet offers minor character traits about the two, describing Sage as one who is a “thousand steps ahead of you” — which could perhaps be a reference to her planning and coordination skills. Maybe she comes up with contingency plans, like DC Comics' Batman? Not a far reach, given the series is meant to be a comic book parody. Firecracker, on the other hand, happens to have a ”short fuse.” While not clear if this is in reference to her temper, the alias could imply explosions. “It's about to be a firecracker of a season,” the official Twitter handle of The Boys said in a reply.

Meet Sage. She's already a thousand steps ahead of you.

And let's just say Firecracker has a short fuse. pic.twitter.com/Ci3li8j1LJ

Heyward, known for her breakout performance in Orange is the New Black, was brought on board as part of the big casting announcement in August. She does hold some experience with superheroes under her belt, starring in the Sony PlayStation series Powers, based on the eponymous graphics novels by Brian Michael Bendis. Curry joins the Prime Video superhero series following her stint in the now-cancelled Prime Video series, The Tick. The announcement also featured Cameron Crovetti's name, who has been upped to series regular, after his appearance as Homelander's son, Ryan Butcher, in The Boys seasons two and three.

In August, Jeffrey Dean Morgan (The Walking Dead) joined The Boys season 4 cast in an undisclosed role, marking his reunion with Kripke. Both previously worked on The CW series, Supernatural. Morgan won't be the first Supernatural star to reunite with Kripke, as The Boys season 3 introduced Ackles' Soldier Boy. Both actors played father and son in the dark fantasy drama.

The Boys seasons 1 to 3 are currently streaming, exclusively on Amazon Prime Video. As of yet, there is no release window for The Boys season 4.