Ms. Marvel episode 6 is also the final episode of the season. 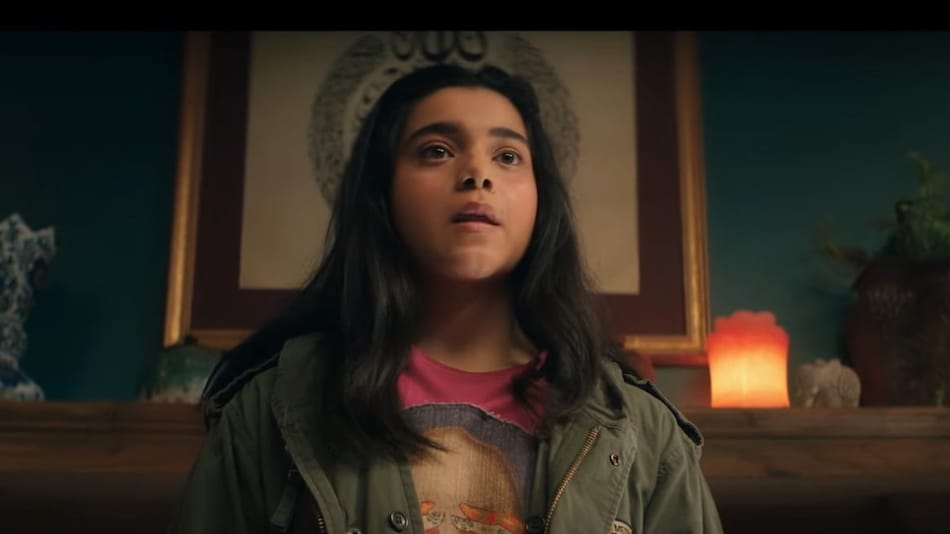 Ms. Marvel episode 6 trailer is out. On Wednesday, Marvel shared a 56-second clip for the sixth and final episode of Ms. Marvel to give fans a look at what to expect from the season finale of the Marvel Cinematic Universe (MCU) series. In the trailer, we see Kamala Khan (Iman Vellani) gearing up to make an announcement for her family. She begins by apologising for not being able to do so earlier, and then tries to inform the Khan clan that “I am the Light Girl”. Khan soon realises that everyone already knows her big secret as her mother Muneeba Khan; (Zenobia Shroff), who came to know about this in Karachi, failed to keep the information to herself.

The trailer for Ms. Marvel episode 6 ends with the relatable dialogue: “You tell Ammi, she tells Abbu, and we overhear because he always has his phone on speaker”. Ms. Marvel has so far been a fun-filled affair and, going by the trailer for episode 6, the finale is likely to live up to the standards set by its predecessor.

Ms. Marvel Review: Refreshing, Self Assured, and a Thorough Delight

Ms. Marvel episode 6 is directed by Adil El Arbi & Bilall Fallah, who had also directed the first one. Fallah had earlier said that the MCU series was his attempt at giving women a hero they could relate to.

“It reminds me of my sister, my nieces, wife, our aunties. Now they have somebody that they can look up to that resembles them. I hope that it will inspire a lot of girls in the world, but at the same time, it's also a very universal story and I think it's going to touch everybody, no matter the race, gender or religion,” he had told Daily News.

While exact plot details for Ms. Marvel episode 6 are — unsurprisingly — under wraps, it may give us a better idea of whether Ms. Marvel season 2 is indeed on the cards. While rumours of Ms. Marvel being renewed for a second season have been doing the rounds since March, when eagle-eyed fans spotted the words “Season 1” on a wrap gift for crew members, nothing is set in stone. Of course, Kamala is already lined up to be a part of The Marvels.

Ms. Marvel episode 6 is out Wednesday, July 13 at 12am PT/ 12:30pm IST on Disney+ and Disney+ Hotstar wherever available. In India, Ms. Marvel is available in English, Hindi, Tamil, Telugu, and Malayalam.