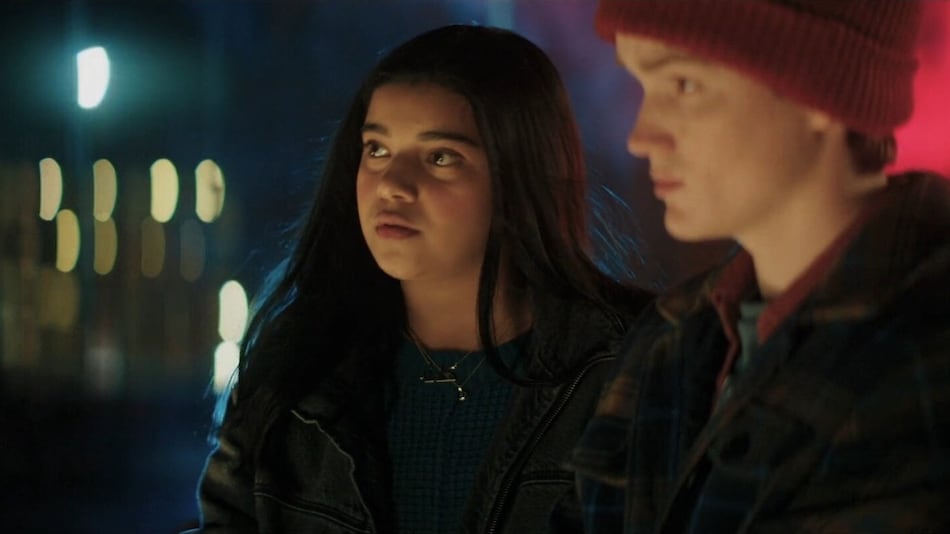 Ms. Marvel, out this week on Disney+ and Disney+ Hotstar, is touted to be a gamechanger for the Marvel Cinematic Universe as it introduces us to its first Muslim superhero in the form of Kamala Khan/ Ms. Marvel. While several plot details are under wraps, the Ms. Marvel trailer suggests that the series will be a fun-filled and inspiring affair that celebrates cultural diversity through its characters. Ms. Marvel will lay the groundwork for the eagerly-awaited feature film The Marvels, in which Khan will appear alongside her idol Carol Danvers/ Captain Marvel (Brie Larson). Could it also lead to Ms. Marvel season 2?

With that, here's everything you need to know about Ms. Marvel, including release date and time, the full cast, number of episodes, and the directors.

The first episode of the six-part Ms. Marvel will be out Wednesday, June 8 at 12:30pm IST / 12am PT on Disney+ and Disney+ Hotstar wherever available.

New episodes drop on a weekly basis every Wednesday, with the season finale airing on July 13, nearly a month after its debut.

The first episode of Ms. Marvel is said to have a runtime of around 47 minutes, while the second one reportedly clocks in around 49 minutes.

Pakistani-Canadian actress Iman Vellani headlines the MCU series as the aforementioned Kamala Khan, a teenage Pakistani-American student who is a big fan of Danvers/ Captain Marvel. Fallah recently revealed that girls across the globe will be able to relate to her character graph on the series.

He told Daily News: “It reminds me of my sister, my nieces, wife, our aunties. Now they have somebody that they can look up to that resembles them. I hope that it will inspire a lot of girls in the world, but at the same time, it's also a very universal story and I think it's going to touch everybody, no matter the race, gender or religion.”

Carrelli has some time ago said that his character shares a special relationship with Khan and “helps out in a lot of ways.”

He told Screenrant: “I'm playing Bruno Carrelli. So, I'm playing the best friend of Kamala Khan, a.k.a. Ms. Marvel. He's the tech whiz. He's a sidekick. You could say he's the Ned to Peter Parker, Spider-Man. [...] I think his relationship with Kamala is something that people are going to watch and want to see. He helps out in a lot of ways, but that's all I'll say about that.”

Here's the official synopsis for Ms. Marvel via Disney+:

Marvel Studios' Ms. Marvel is a new, original series that introduces Kamala Khan, a Muslim American teenager growing up in Jersey City. An avid gamer and a voracious fan-fiction scribe, Kamala is a Super Hero mega fan with an oversized imagination — particularly when it comes to Captain Marvel. Yet Kamala feels like she doesn't fit in at school and sometimes even at home — that is, until she gets super powers like the heroes she's always looked up to. Life gets better with super powers, right?

In December 2020, Marvel Entertainment unveiled a one minute-20 second ‘sizzle reel' for Ms. Marvel to pique the curiosity of fans. In it, we saw the cast and the creators talk about the process behind bringing Ms. Marvel to life on the screen. The video, however, did not reveal much about the plot or Khan's powers.

The Ms. Marvel trailer was officially released on March 15, nearly one and half years after the ‘first sizzle', giving us our first proper look at Khan's lofty aspirations of becoming a superhero.

This was followed by a promo that highlighted Ms. Marvel's attempts at adjusting to her life as a superhero while trying to discover and control her powers.

At the time of writing, not a single review for Ms. Marvel was available, which indicates that initial reactions are under embargo as always. The first reviews are expected ahead of the Ms. Marvel premiere, as has been the case with past MCU series.

There is no official word from Disney+ or Marvel Studios on Ms. Marvel season 2. Rumours of Ms. Marvel being renewed for a second season have, however, been doing the rounds since March, when eagle-eyed fans spotted the words “Season 1” on a wrap gift for crew members, thus implying that there is more to come.

We are likely to get a better idea of what the future holds for the series after its conclusion in mid-July. Khan will, either way, appear in The Marvels — the sequel to Captain Marvel — an indication that Marvel already has plans for this character.

Here is the official poster for Ms. Marvel, from Disney+:

Apple Rapid Security Response to Offer Faster iOS, iPadOS, macOS Security Updates; No Reboot Required
The Current State of Cryptocurrency in India and How the Future looks for Investors and HODLers?