Everything we know about what’s next in the MCU. 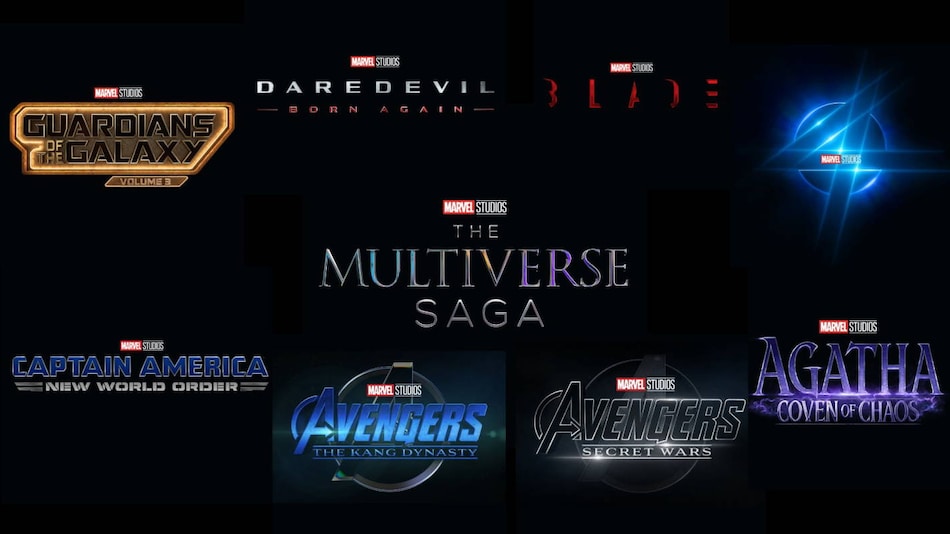 Phase 4, 5, and 6 make up Marvel's new The Multiverse Saga

Marvel Studios's upcoming movies and TV show projects a bright future for the Marvel Cinematic Universe. President Kevin Feige unveiled a slew of new titles to the MCU roster at San Diego Comic-Con 2022, which held its first live, in-person session in a while since the pandemic. Ryan Coogler's Black Panther: Wakanda Forever serves as the conclusion to Phase Four — setting off a chain reaction of new plot threads to explore the multiverse. Fans can expect some new heroes or groups of heroes entering the franchise such as Blade, Ironheart, Thunderbolts, and a new Disney+ Daredevil series with Charlie Cox reprising his role.

Fiege confirmed at Comic-Con that Phases Four through Six will be a separate entity. Dubbed The Multiverse Saga, the collection will explore a new generation of heroes and villains in the Marvel Cinematic Universe. Phases One through Three, on the other hand, were titled The Infinity Saga — because you know — Infinity Stones. This new saga will introduce two new Avengers movies — Avengers: The Kang Dynasty releasing in May 2025. This will be followed six months later with Avengers: Secret Wars, slated for a November 2025 release date.

Tom Hiddleston fans can rejoice, as Loki returns for season 2 next year. Captain America: New World Order sees the Falcon (Anthony Mackie) taking on the mantle, as John Walker (Wyatt Russell) assumes the role of US Agent. Hopefully, the third time's the charm, as Fantastic Four gets rebooted, though no word on John Krasinski returning in the lead, after being turned into spaghetti on Doctor Strange in the Multiverse of Madness.

Without further ado, here's a list of all the remaining Marvel Phase 4, 5, and 6 projects — plus dates for untitled potential Phase 7 movies.

The Guardians of the Galaxy Holiday Special — December 2022 (Disney+ Hotstar)

Marvel Studios has not revealed any titles beyond Phase 6, which is expected to conclude The Multiverse Saga. But Disney has slotted four MCU movies for 2026, which we imagine might be part of Phase 7. Officially, "Phase 7" doesn't exist as of now.