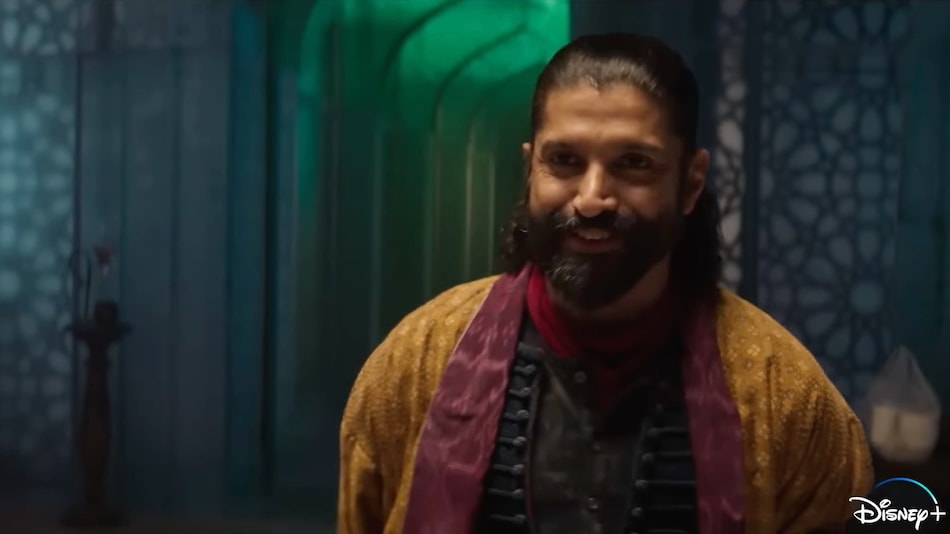 Ms. Marvel episode 4 is due Wednesday at 12:30pm IST, and ahead of that, Disney+ and Marvel Studios have released a one-minute clip that teases Farhan Akhtar and Aramis Knight's new characters, who will be introduced in the antepenultimate episode of the ongoing Marvel Cinematic Universe series. The Ms. Marvel episode 4 teaser trailer doesn't give us much in terms of what to expect from the new episode, but it does confirm that Akhtar will make his Hollywood debut today. Previously, it was between Ms. Marvel episode 4 and Ms. Marvel episode 5, as Gadgets 360 had first reported.

In the minute-long Ms. Marvel episode 4 clip, Kamala Khan (Iman Vellani) walks into a fascinating building that's baked in green hues. She's wearing her superhero eye mask — made by her best friend Bruno Carrelli (Matt Lintz) and given to her on Ms. Marvel episode 3 — and walking alongside another figure who's wearing a red bandana, except it's on the lower part of his face.

“Very strong hideout game,” the geeky Kamala says to him, who takes his mask off, reveals himself to be Knight, and replies: “Well, usually, tourists are not allowed.” Knight doesn't give his name on the Ms. Marvel episode 4 teaser trailer, but Marvel Studios production notes had previously revealed him to be Kareem/ Red Dagger, a vigilante who wields throwing knives.

As Kamala lifts her up eye veil in response, Waleed (Akhtar) walks in from out of the frame and adds: “But for a descendant of Aisha's, I'm sure we can make an exception.” Kamala is curious how he knows who she is and related to, but before she can finish her sentence, Waleed interrupts: “My name is Waleed. Your great grandmother's story is of legend. When you're ready, we have much to discuss.”