The script, co-written with Rhett Reese and Paul Wernick, got lost in the shuffle when Disney acquired 21st Century Fox. 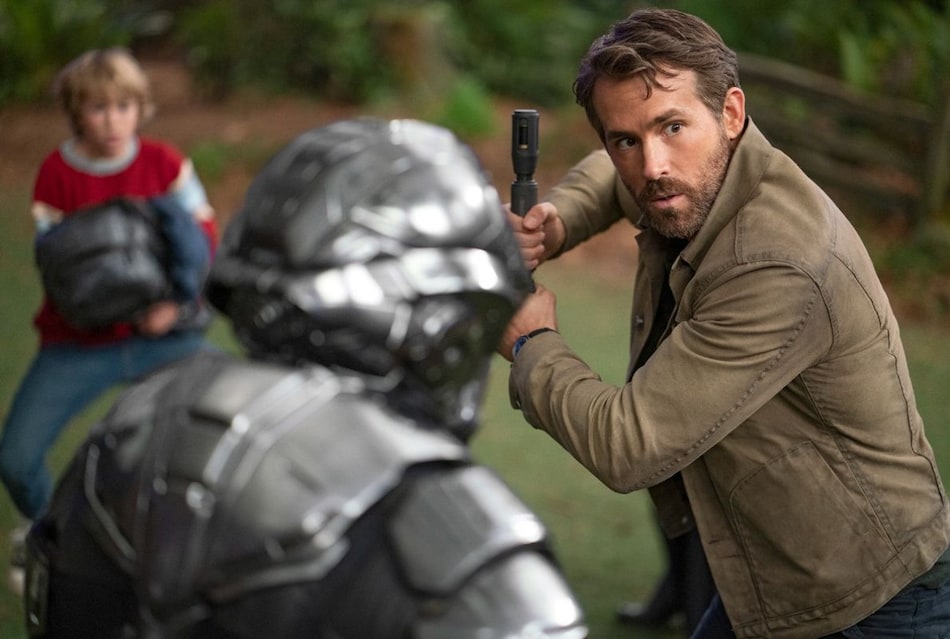 Ryan Reynolds in a still from The Adam Project

Ryan Reynolds once co-wrote a Christmas-themed Deadpool movie that never got produced. Speaking to Big Issue, the Free Guy star revealed that he, alongside Rhett Reese and Paul Wernick — who co-wrote the 2018 Deadpool film and its sequel — had worked on a Christmas flick, though it got “lost in the shuffle” when Disney acquired 21st Century Fox. Reynolds currently stars with Will Ferrell in Spirited, Apple TV+'s musical spin on A Christmas Carol, which is loaded with dance sequences. Turns out, his unproduced Holiday Deadpool screenplay had a similar theme as well.

“I would love to see a song-and-dance number in a Deadpool movie. Four years ago, Rhett Reese, Paul Wernick and I wrote a Christmas movie starring Deadpool,” Reynolds told Big Issue, discussing his love for musical numbers. “Maybe one day we'll get to make that movie. It's not a musical, but it's a full Deadpool Christmas movie. So one day.” This wouldn't be the only time the Merc with a Mouth got a Holiday-themed spin, as in late 2018, select theatres got a PG-13 re-release of Deadpool 2, titled Once Upon a Deadpool. In it, the titular antihero is seen narrating the story to a kidnapped Fred Savage, who played The Grandson in The Princess Bride. The premise was to recreate the situation, with Deadpool playing the Grandpa, who reads out a novel in the 1987 film.

Following the commercial success of Free Guy and The Adam Project, Reynolds has reunited with director Shawn Levy, for Deadpool 3. The threequel brings Hugh Jackman into the mix as Wolverine, who had officially retired from the adamantium claw-honing mutant in 2017's Logan. As fans, one would expect that Reynolds and Marvel Studios went after Jackman, trying to coax him into playing the character and force an interaction between the two, just like in the comics. But, a Variety profile from last month indicated that Jackman was the mastermind behind the decision. “I think, actually, he'd given up,” he said, referring to Reynolds, who had been pleading for the collaboration. “I think it was a big shock to him. There was a massive pause, and then he said, ‘I can't believe the timing of this.'”

Unlike the first two films, Deadpool 3 is part of the Marvel Cinematic Universe, posing some timeline inconsistencies, which the actors jokingly addressed in a video. “Logan takes place in 2029,” Reynolds explained in September. “Totally separate thing. Logan died in Logan. Not touching that.” In the comics, Deadpool is known to have a shared history with Wolverine, seeing as both origin stories began with the enigmatic Weapon X program, turning them into invulnerable killing machines. The pair maintain a rivalry throughout, which is expected to form the crux of the story in Deadpool 3.

Deadpool 3 was originally slated for a September 2024 release, but got delayed as the MCU refreshed their calendar for its Phase 5 and Phase 6 movies. The film now releases two months later, on November 8, 2024. Meanwhile, its director Levy has a Star Wars film in the pipeline, once work on Deadpool 3 is done.