The director will turn focus to the Star Wars project after finishing work on Marvel’s Deadpool 3. 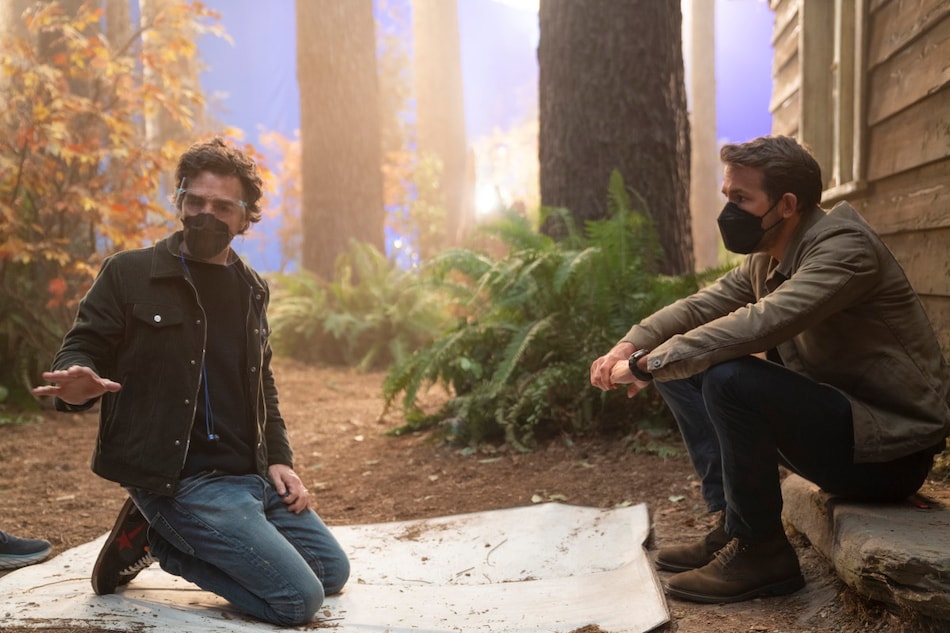 Shawn Levy and Ryan Reynolds on set of The Adam Project

Shawn Levy is reportedly in talks to direct a Star Wars movie. As per Deadline, the Free Guy director will focus on the project after finishing work on Deadpool 3, starring Ryan Reynolds and Hugh Jackman. Currently, there are no details on the plot or its writer, and it joins Lucasfilm's lineup of theatrical movies, scheduled for the near future. 2019's Star Wars: The Rise of Skywalker — which brought an end to the sequel trilogy and the Skywalker Saga — was the last film in the franchise to grace silver screens, following which parent company Disney shifted attention to TV projects.

The news comes in the wake of Lucasfilm kickstarting a surge of Star Wars film productions. Last month, the studio reportedly hired Damon Lindelof (Lost) and Justin Britt-Gibson (Counterpart) to co-write an undisclosed chapter in the galaxy far, far away, with Ms. Marvel director Sharmeen Obaid-Chinoy attached to direct.

Levy's previous works include the Reynolds-led Free Guy and The Adam Project, all three Night at the Museum films, and 10 episodes from Stranger Things. The filmmaker is currently in post-production on the Netflix limited series adaptation of the Anthony Doerr novel, “All The Light You Cannot See,” on which he directed all four episodes. Deadline notes that Levy is on the list of directors for the fifth and final season of Stranger Things as well, helming “at least two episodes.”

The silver screen future of the Star Wars franchise has been in a state of flux since 2019. Patty Jenkins' starfighter spin-off film Rogue Squadron was removed from Disney's production calendar after being announced. Besides that, Lucasfilm currently has three more theatrical projects in the works — one of them produced by Marvel Studios President Kevin Feige, with Michael Waldron (Loki) serving as scribe. Taika Waititi (Thor: Love and Thunder), who previously dipped his toes in the Star Wars universe with The Mandalorian, is developing a Star Wars film with 1917 writer Krysty Wilson-Cairns. Then, there are plans for a new trilogy from director Rian Johnson (Knives Out), but there's no word on the production.

Earlier this week, Disney dropped the cast lineup for its upcoming Star Wars TV series, The Acolyte, which is set during the final days of the High Republic — a separate timeline from the other shows on its streaming platform. The eight-episode series is directed by Leslye Headland (Russian Doll), and adds The Matrix's Carrie-Anne Moss and Squid Game fame Lee Jung-jae to the previously announced Amandla Stenberg (Bodies Bodies Bodies). The female-centric space mystery-thriller also added Dafne Keen (Logan), Rebecca Henderson (Inventing Anna), Dean-Charles Chapman (1917), Manny Jacinto, Jodie Turner-Smith, and Charlie Barnett to the mix.

Currently, there are no plot or production details on the Shawn Levy-helmed Star Wars film. Development reportedly begins after Marvel's Deadpool 3, which is set to release November 8, 2024.