Secret Invasion, coming to Disney+ and Disney+ Hotstar, will lead into Armor Wars. 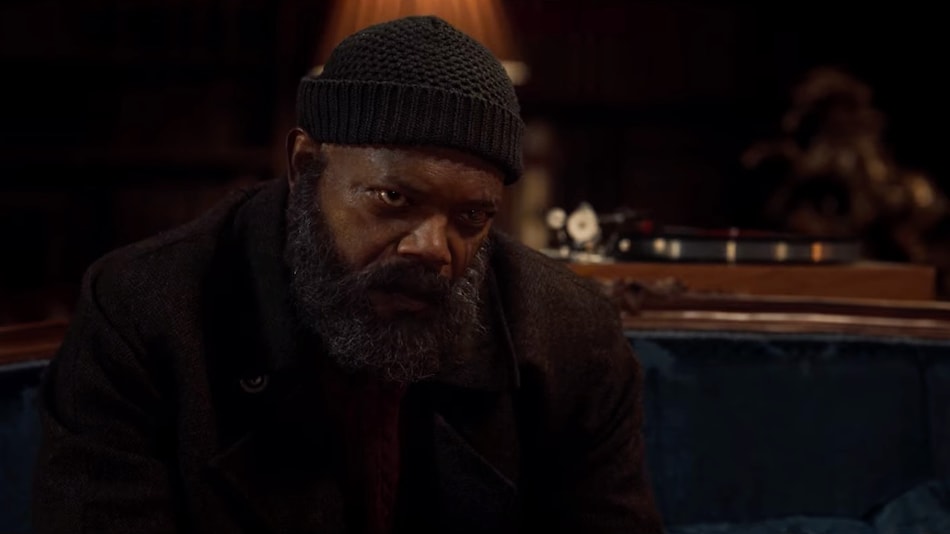 Nick Fury (Jackson) walks out of a spaceship at the start of the Secret Invasion trailer, before walking into a bar I'm guessing is in Eastern Europe, given the language on the signage at the door. "For years, you've been avoiding Earth. I have called for your help plenty of other times and you've been pretty content to let those calls go straight to voicemail," Maria Hill (Smulders) says to Fury as he sits down. Fury — who has grown quite a beard in the years he's been away — nonchalantly replies: "Yeah well, this is different."

Elsewhere in the Secret Invasion trailer, Fury questions James Rhodes (Cheadle) how much he knows about his security detail. There's a brief shot of Everett K. Ross (Freeman) — who's also part of the upcoming Black Panther: Wakanda Forever — before Talos (Mendelsohn) comes on screen to warn Fury: "We've got to be very careful now." Cut to another scene, where Talos is confronted by a dozen lookalikes — they are clearly all Skrulls.

Following an explosion in a different shot — also somewhere in Eastern Europe — the Secret Invasion trailer introduces Olivia Colman's character who tells Fury: "You're in no shape for this fight that lies before us." As Rhodes and Hill walk through corridors or slink through dimly-lit alleyways respectively, Emilia Clarke shows up to say: "This is just the beginning."

It's unclear who she's speaking to, but it's Fury who responds via voiceover: "This is my war, alone. And I'm the last person standing between them and what they really want." The Secret Invasion trailer ends with a Skrull (not disguised) screaming, a helicopter firing at a convoy, and Talos asking the question on everyone's minds: "And what is that?" Unfortunately, there's no answer, as the Secret Invasion trailer cuts to title card.

On stage at D23 Expo 2022, Marvel Studios president Kevin Feige also revealed that Secret Invasion will lead straight into the six-episode Cheadle-led Armor Wars, which has yet to begin production.

Secret Invasion is out in early 2023 on Disney+ and Disney+ Hotstar.