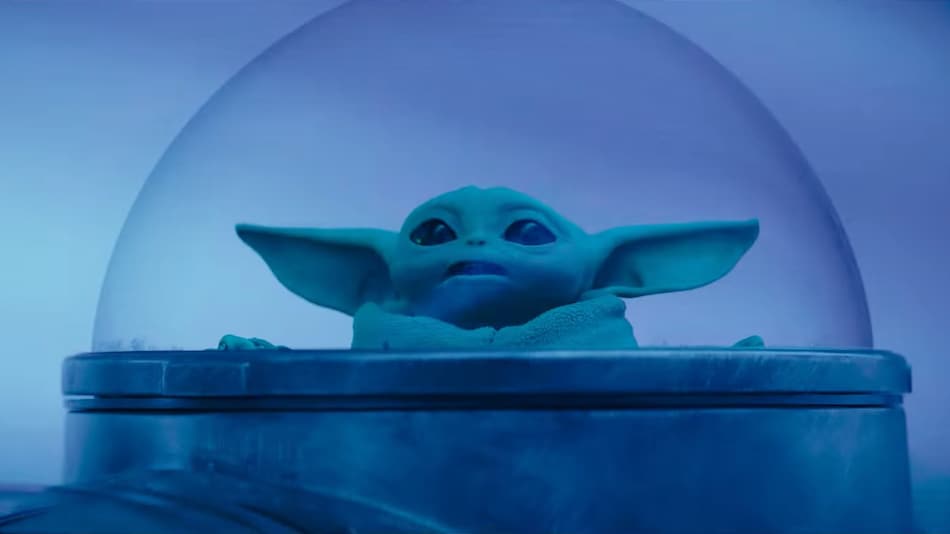 The Mandalorian season 3 teaser trailer is here. At Disney's D23 Expo 2022, Lucasfilm unveiled the first trailer from the upcoming third season of the Pedro Pascal-led Star Wars series. Pascal was on stage at D23 alongside cast members Giancarlo Esposito (Moff Gideon), Emily Swallow (The Armorer), Katee Sackhoff (Bo-Katan Kryze), and Amy Sedaris (Peli Motto), and The Mandalorian creator Jon Favreau and executive producer Dave Filoni. The first The Mandalorian season 3 trailer is full of action and a tease at Mando's continued adventures with Grogu/ Baby Yoda, after they were reunited in The Book of Boba Fett. Also, The Mandalorian season 3 has seemingly been delayed.

"This is the one you saved?" The Armorer (Swallow) says via voiceover at the start of the first The Mandalorian season 3 trailer, as we are shown shots from season 2 before switching to present day. "You are as its father. A clan... of two." As the Mandalorian heads into new adventures, The Armorer's voiceover continues: "But you have removed your helmet. Then you are a Mandalorian no more." In another glimpse at an action scene, we see the Mandalorian's new spaceship — created in The Book of Boba Fett — being chased by a pack.

Elsewhere in the first The Mandalorian season 3 trailer, Bo-Katan has some choice words for the Mandalorian after he goes to see her: "Your cult fractured our people. Where were you then?" As a bunch of Bo-Katan-affiliated Mandalorians head on a mission — the shot of them dropping out of a spaceship is very cool — one of them asks Grogu: "Did you think your dad was the only Mandalorian?" I'm guessing Baby Yoda is confused by how everyone around him roams around in helmets?

The last 30 seconds of The Mandalorian season 3 teaser trailer brings back the scientist Dr. Pershing (Omid Abtahi), as well as Mando's friend and bounty hunter guild leader Greef Karga (Carl Weathers) who's dressed in some kind of royal attire as he meets with a bunch of suspicious individuals. And is that a 3PO-series protocol droid I see behind Greef? The first The Mandalorian season 3 trailer ends with a shot of Peli Motto (Sedaris), more action scene snippets, and Grogu witnessing fireworks.

The Mandalorian season 3 is coming in 2023 on Disney+ and Disney+ Hotstar. Given we had previously been told of a February 2023 release window, the lack of a month in the trailer suggests a delay. With Star Wars: The Bad Batch season 2 set for January 2023, I suppose it makes sense that Lucasfilm wouldn't want two Star Wars series to collide with each other.