Spider-Man: Far From Home Has a Cameo for Jake Gyllenhaal’s Mysterio

Spoilers ahead for the new Marvel universe film, obviously. 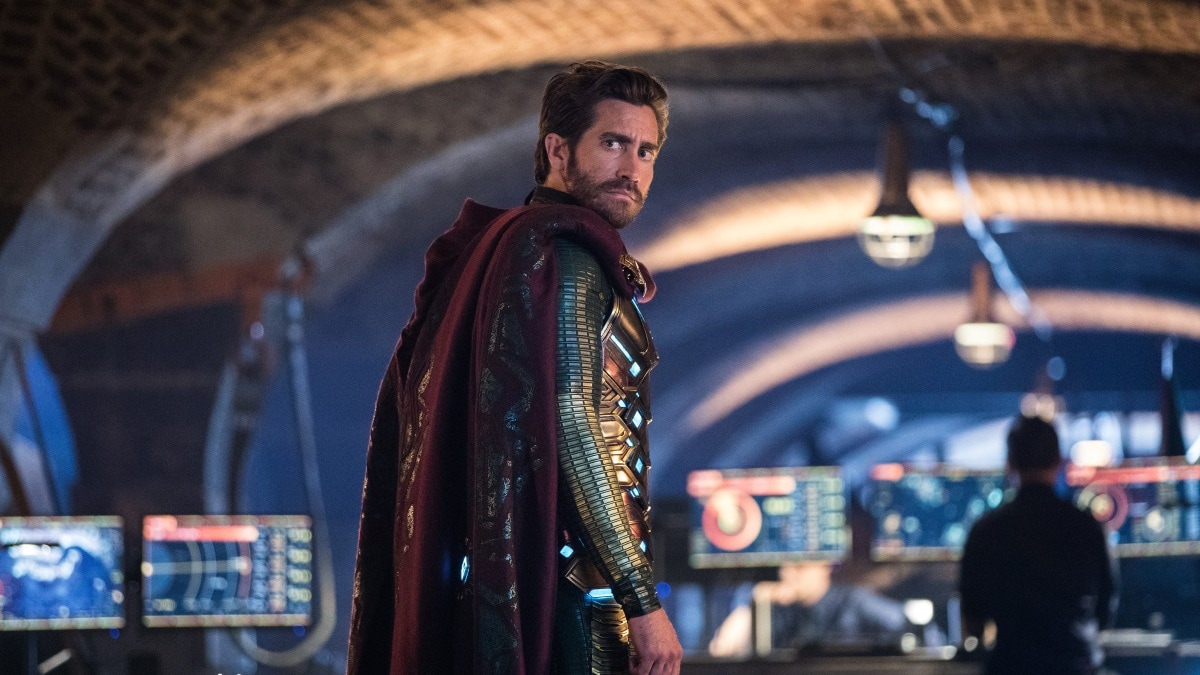 Jake Gyllenhaal as Mysterio in Spider-Man: Far From Home

Jake Gyllenhaal has confirmed that he has an Easter egg-type cameo in Spider-Man: Far From Home, not in the over-the-top Mysterio costume that he's seen in for most of the film, but something much different: a blue floral polo shirt, beige shorts, and a navy blue cap. You'll have to keep your eyes peeled to spot him in this attire though, as he appears for a moment just before Peter Parker (Tom Holland) visits a local jewellery shop in Venice, looking to buy a Black Dahlia necklace for MJ (Zendaya). Thanks Internet, for that spot.

In a post on Instagram over the weekend, Gyllenhaal put up a photo of him dressed in that aforementioned attire, with a caption that read: “This isn't just a sexy dad outfit. It's my favourite look from Spider-Man: [Far From Home] ???? closer.” A hidden cameo fits in with Mysterio's background and his antics in the Marvel Cinematic Universe film, and shows that he was already keeping an eye on Parker with the intent of getting access to Tony Stark's augmented reality security system EDITH.

But it's curious that the Mysterio cameo was never brought up by Far From Home as these things tend to be in films towards the end, with the protagonist realising the antagonist was present at a major turning point in the early running. That said, it's understandable that the Spider-Man filmmakers would just drop something like this in the background as an Easter egg, for an added bit of fun for repeat viewers. If you plan to catch Far From Home in theatres again, be sure to keep a look-out.

Spider-Man: Far From Home is released in India.

Symantec Said to Have Ended Talks to Sell to Broadcom Over Price
Qualcomm Snapdragon 855 Plus With 15 Percent Faster GPU Unveiled, Will Debut in Asus ROG Phone 2