Captain Pike and his crew will begin their quest on May 5. 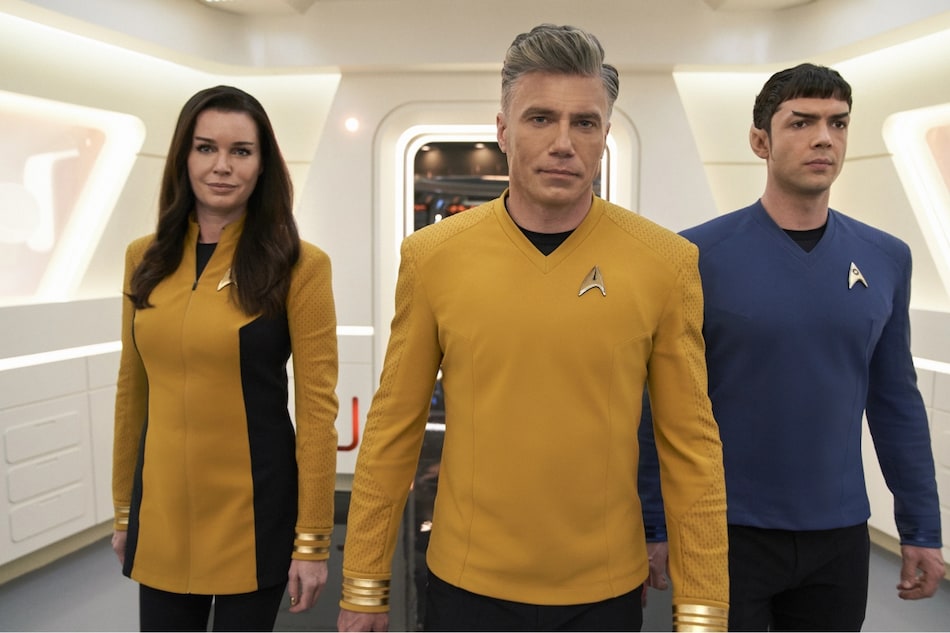 Star Trek: Strange New Worlds — the prequel to the Star Trek: The Original Series — has dropped a new trailer, ahead of its May 5 international release date. The upcoming series is a Star Trek: Discovery spin-off and follows the adventures of Captain Christopher Pike and the crew of the USS Enterprise. The Star Trek: Strange New Worlds trailer shows several action-packed sequences from the upcoming series that is set years before the events of Star Trek: The Original Series — the original science-fiction television series created by Gene Rodenberry that aired from 1966 to 1969.

In the trailer posted to YouTube by Paramount+ on Sunday, the cast members and locations that will feature in the upcoming Star Trek: Strange New Worlds series are shown off, ahead of its premiere next month. While the trailer is not accessible on YouTube due to geoblocking, readers can view the trailer on Twitter and the Star Trek website. The series is set a few years before Captain James Kirk (originally played by William Shatner) stepped on board the USS Enterprise.

Star Trek: Strange New Worlds will follow the adventures of Captain Christopher Pike, the captain of the Starfleet ship, and his crew members, who make an appearance in the trailer and are reprising their roles from Star Trek: Discovery. Captain Pike is portrayed by Anson Mount, while first officer Una Chin-Riley and science officer Spock are played by Rebecca Romijn and Ethan Peck, respectively. The show was first announced in May 2020.

During the two-minute trailer, Captain Pike is shown speaking to his crew, telling them that their mission is to chart the stars, pushing the boundaries of the known and what is possible. As a crew member says “I'm standing on the surface of a comet”, Captain Pike is heard saying: “I love this job”. The crew is expected to seek out new, alien life. The Strange New Worlds trailer also shows off action packed sequences including the destruction of a celestial body. The trailer for Star Trek: Strange New Worlds was released before First Contact Day, a Star Trek holiday celebrated every year on April 5.

Star Trek: Strange New Worlds will be available to stream every week starting May 5, exclusively on Paramount+ in the US, Latin America, Australia and Nordic countries. The series will also air on Bell Media's CTV Sci-Fi Channel and stream on Crave in Canada. International availability of the upcoming series will be announced at a later date, according to Paramount.

In India, Star Trek: Discovery is currently unavailable thanks to Paramount's brilliantly-stupid decision to end its international deal with Netflix. The Patrick Stewart-led Star Trek: Picard and the animated Star Trek: Lower Decks — both part of Kurtzman's expanded Star Trek universe — are available on Amazon Prime Video in India.