But Chris Pratt’s Mario voice is nothing special — it’s just himself. 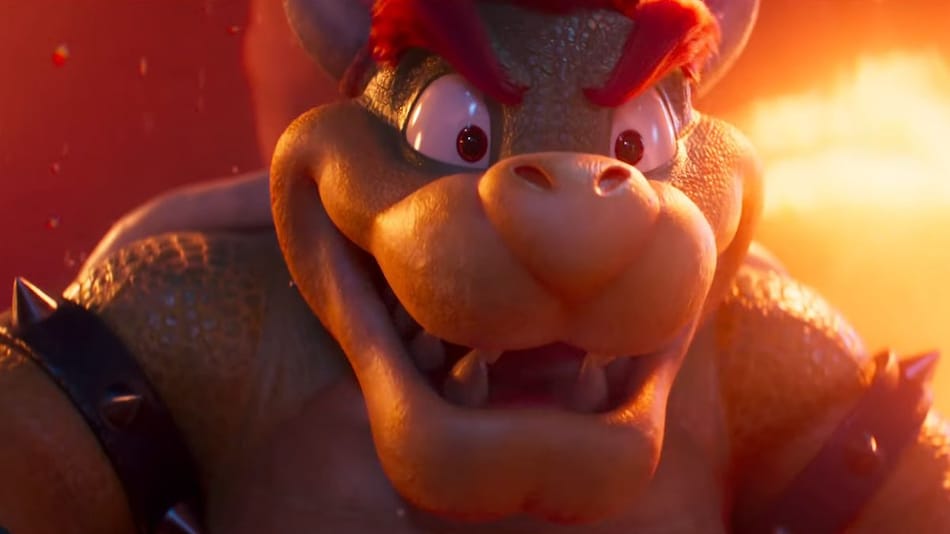 Shigeru Miyamoto, creator of the Mario and Zelda games, serves as a producer on the film

The Super Mario Bros. Movie trailer has dropped — in English and Hindi. At the Nintendo Direct event held early Friday (in India), Universal Pictures unveiled the teaser trailer for its upcoming animated movie, based on the video game icon. Despicable Me maker Illumination Entertainment helms the film, under the duo Aaron Horvath and Michael Jelenic's direction. Matthew Fogel, best known for Minions: The Rise of Gru and the second Lego movie, serves as the writer. The Super Mario Bros. Movie releases April 2023 in cinemas. Nintendo previously dropped a poster as part of the promotional campaign.

The trailer for The Super Mario Bros. Movie seems to derive heavily from the “story” in the mainline games, with the villainous Bowser (Jack Black), out on the hunt for the iconic Super Stars. You see his magma-fuelled floating island anchoring onto a penguin island, as he receives a grand introduction as the king of the Koopas, a turtle-like race in the franchise. “Open the gates,” he commands, only to be met with petty snowballs hurled at him by a group of penguins. “That is but a taste of our fury, do you yield?” asks their ruler. As you would expect, Bowser denies it, spitting out flames, and destroying the gates to the city.

The Super Mario Bros. Movie trailer then cuts to the Mushroom Kingdom, where we are introduced to our titular plumber, voiced by Chris Pratt. This casting was a subject of ridicule online, as fans did not have faith in the actor to deliver Mario's iconic, high-pitched, Italian “woo-hoo!” And that stands true. While the character does not say much besides, “What is this place?” you can clearly tell there's no accent or a change in delivery beneath it. It's just Pratt playing himself — predictable.

In an interview with Variety earlier this year, he claimed that his take on the voice was “unlike anything you've heard in the Mario world before.” The Super Mario Bros. Movie trailer ends with Keegan Michael-Key's Toad escorting him to the bustling kingdom, with the key attraction being Princess Peach's castle, towering in the distance.

Watching The Super Mario Bros. Movie trailer live helped me understand why fans were so upset at this adaptation, as a good majority just came to the realisation that it wasn't a live-action movie. Besides the original video game creator Shigeru Miyamoto, only Pratt and Black made an appearance during the premiere, talking about their memories with this franchise.

The Mario movie also features the voices of Anya Taylor-Joy (The Queen's Gambit) as Princess Peach and Seth Rogen (Superbad) as Donkey Kong. Charlie Day's Luigi was also shown briefly, in the end, getting chased by a horde of zombie Koopas. Charles Martinet, who originally voiced Mario and Luigi in the video games, is also involved in an undisclosed role.