T-Bone and Razor are making a return to Megakat City. 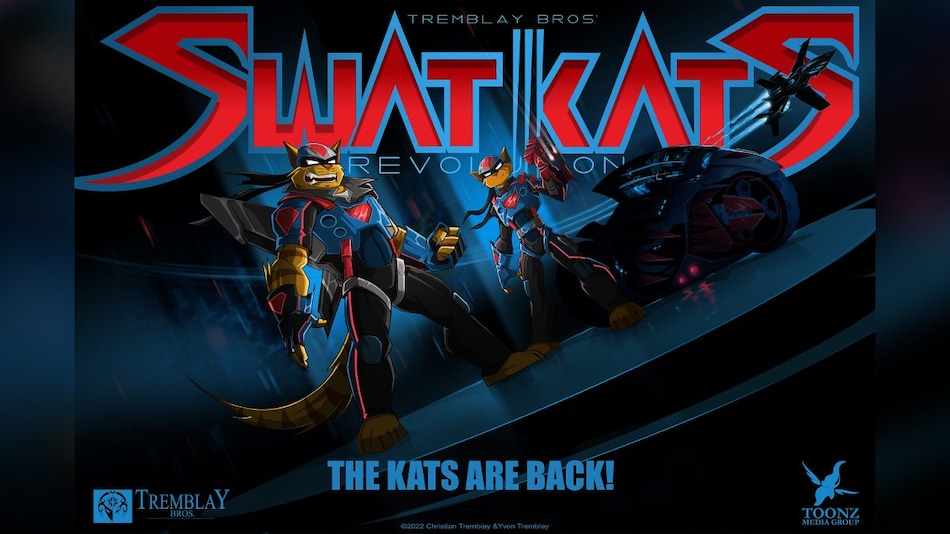 Swat-Kats, the popular ‘90s animated cartoon series featuring fighter pilots T-Bone and Razor, are swinging back into action with a reboot of the original series. Toonz Media Group has partnered with the original creators to produce a new series, Swat-Kats: Revolution. The original show, titled Swat Kats: The Radical Squadron first aired in 1993 for two seasons. The upcoming series will be distributed worldwide by Toonz and is set to feature new characters while exploring contemporary themes, according to the show's creator.

India-based Toonz announced on February 2 that the reboot will be titled Swat-Kats Revolution, and will be set in Megakat City featuring the original protagonists, just like the original show. The show, which will be created alongside the original show's creators Christian and Yvon Tremblay, will be targeted at viewers aged 5-11. The vigilante heroes will square off with powerful villains, from their hidden base in the Megakat city's junkyard.

In the rebooted TV series, the show's lead characters T-Bone and Razor will face off against new characters along with the old villains. The feline fighters will be equipped with futuristic weapons, cutting edge gadgets, and vehicles — including a new fighter jet, according to the producer. The popularity of the original show continued into the 2000s, with a Kickstarter campaign attempting to raise funds to revive the show a few years ago.

The series may be a reboot of the original show by the Tremblay brothers, but it will remain true to the original animated series. “The character relationships, the smart and witty writing, the action, the imaginative stories, and the bigger than life villains will evermore be present. The new series will be contemporary and explore themes that the new audience will identify with,” Christian Tremblay said.

The original Swat Kats: The Radical Squadron was produced by Hanna-Barbera, and made its debut in 1993. The series grew in popularity over its two-season run and was became the number one syndicated show the next year, according to Toonz. The series continued to air on TV several years later and remained popular among viewers in the ‘90s. The producers have not revealed an official release date for Swat-Kats Revolution, but the show will be available worldwide, and will be distributed by Toonz, according to the producer.

Meta in Focus After Strong Report by Alphabet Boosts Confidence
Amazon to Create 1,500 Apprenticeships in UK in 2022