Hopefully it can rise above standard genre fare. 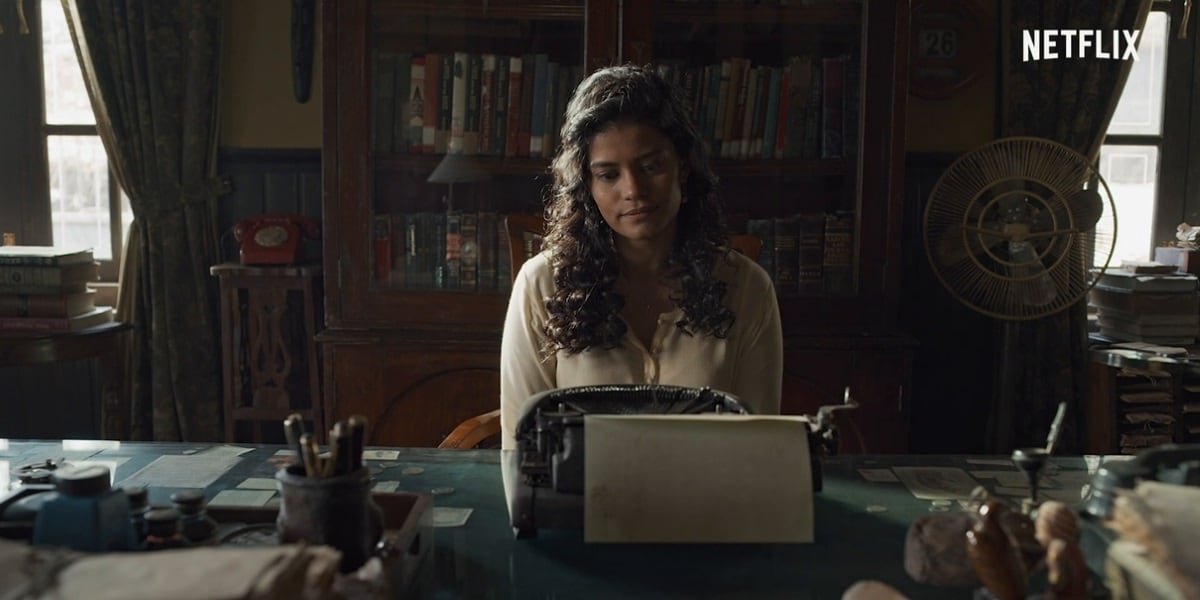 A still from the Typewriter trailer

Netflix has released the trailer for Typewriter, its next Indian original series from Kahaani writer-director Sujoy Ghosh, which follows “a group of inquisitive kids and wannabe ghost hunters, and their faithful dog [who] are determined to capture the ghost that plagues a notorious home in their neighbourhood.” Typewriter stars Paulami Ghosh (Nachom-ia Kumpasar), Samir Kochar, and Purab Kohli (Rock On!!) in the lead, and Arna Sharma, Aaryansh Malviya, Milkail Gandhi, and Palash Kamble as the “wannabe ghost hunter” kids Sam, Nick, Gablu, and Bunty. There are five episodes in the mystery thriller series Typewriter, all of which have been directed by Mr. Ghosh and filmed on location in Goa.

The Typewriter trailer opens with a police officer (Kohli) noting that a new death that seems natural isn't. He then tells someone that the family that used to live in Bardez Villa, the haunted house at the core of the story, also had a girl. The trailer suggests that she might have died under mysterious circumstances. One of the kids then notes that “the soul is trapped between universes” if the death isn't natural. The police officer then remarks that there's only commonality between three deaths that have occurred, and though he doesn't say what it is, the trailer hints it might be a woman (Ms. Ghosh).

For Netflix, Typewriter will be the fourth scripted series from India this year, after the Nirbhaya police investigation Delhi Crime in March, the second season of cricket drama Selection Day in April, and the dystopian drama Leila earlier in June. Netflix has several other Indian series lined up for 2019, including the second season of Saif Ali Khan and Nawazuddin Siddiqui-starrer Sacred Games, the Shah Rukh Khan-produced thriller Bard of Blood, which might release in August or September, and the film series prequel Baahubali: Before the Beginning.

Typewriter is out July 19 on Netflix in India.

Game Console Makers Oppose China Tariffs
Huawei Says It Got Over $1.4 Billion in Licensing Revenue Since 2015