The Upside Down, a Spanish drama, a Goa mystery, and more. 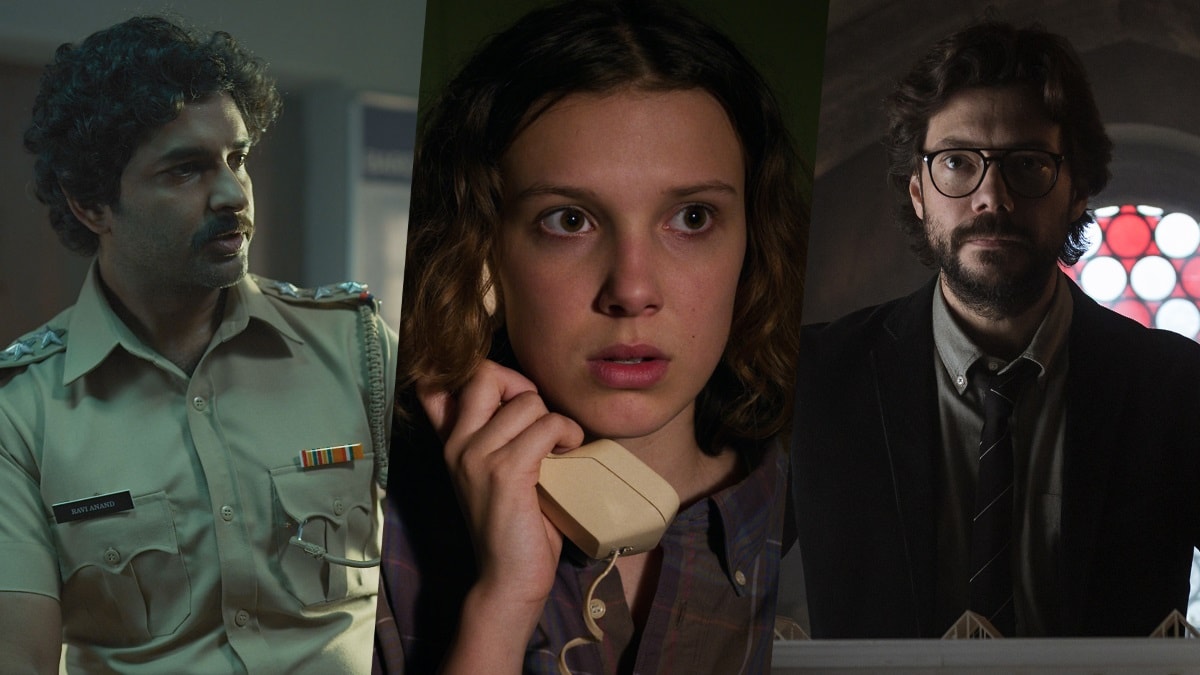 There's an easy standout for Netflix originals in the month of July: Stranger Things season 3. Out July 4, the ‘80s nostalgia series returns after a gap of 20 months. Beyond that, it depends where your interests lie. If you're still following the adventures of Piper & Co., you will be glad to know that Orange Is the New Black returns for its seventh and final season on July 26. Elsewhere, the International Emmy-winning Money Heist is back for its third season on July 19. Also on that same day, there's an Indian original in mystery thriller Typewriter from Kahaani writer-director Sujoy Ghosh, a new batch of Jerry Seinfeld-hosted Comedians in Cars Getting Coffee, and the return of Queer Eye for season 4.

For those who religiously follow stars of the Marvel Cinematic Universe, the action crime film Point Blank — starring new Captain America Anthony Mackie and Crossbones Frank Grillo — might be worth checking out. Point Blank premieres July 12 on Netflix. And if you're a big fan of Stranger Things' David Harbour, who plays Chief Hopper, then maybe give the half-hour mockumentary Frankenstein's Monster's Monster, Frankenstein a shot, in which he spoofs his acting legacy. It's out July 16. With that, here are our five picks for July 2019 that you should watch out for, and the full list of movies and TV shows coming to Netflix India after that.

Welcome back to Hawkins. After nearly two years off air, the Stranger Things gang is ready for the third season set in the summer of 1985. Eleven might have shut off the (monster) gate at the end of the second season, but evil still lurks in the American small-town, courtesy of a new human faction. Meanwhile, the kids are busy enjoying their time off from school, which involves a shiny brand-new mall that occupies a big part of the show.

Before Thor: Ragnarok, writer-director Taika Waititi made this terrific adventure comedy-drama — based on Barry Crump's book Wild Pork and Watercress — about a young Kiwi boy named Ricky Baker (Julian Dennison, from Deadpool 2) who finds himself on the run with his bad-tempered foster uncle (Sam Neill, from Jurassic Park). It delivered a poignant message through their father-son-like bond, with a sprinkle of action thanks to them being the targets of a national manhunt.

Ryan Gosling, Bradley Cooper, and Eva Mendes star in this tragedy drama about a motorcycle stuntman (Gosling) and a rookie cop (Cooper). Their lives collide and their families' futures are intertwined after the former turns to a life of robbery to support his ex-lover (Mendes) and the son he didn't know he had.

One of the most divisive films of 2017, thanks in part to the polarising ratings from critics and the endless explanations delivered by director Darren Aronofsky (Black Swan), is a part Bible retelling and an allegory for climate change that presents itself as an R-rated version of Shel Silverstein's The Giving Tree. Jennifer Lawrence, Javier Bardem, Ed Harris, and Michelle Pfeiffer star.

Winner of the Platform Prize at last year's Toronto International Film Festival, this Taiwanese film from writer-director Wi Ding Ho (PinoySunday) introduces a man who kills himself and then showcases — in reverse chronological order — three pivotal moments from his life across three eras, three seasons, and three nights.

July 15
Begin Again
The Call
The Forest
Little Singham: Season 1
The Place Beyond the Pines

July 20
Hunt for the Wilderpeople
May You Prosper

July 28
Alvin and the Chipmunks: The Road Chip

July 30
Indignation
The Little Hours
Whitney Cummings: Can I Touch It?