Season 4 of the dystopian series Westworld will be out in the US on HBO on June 26. 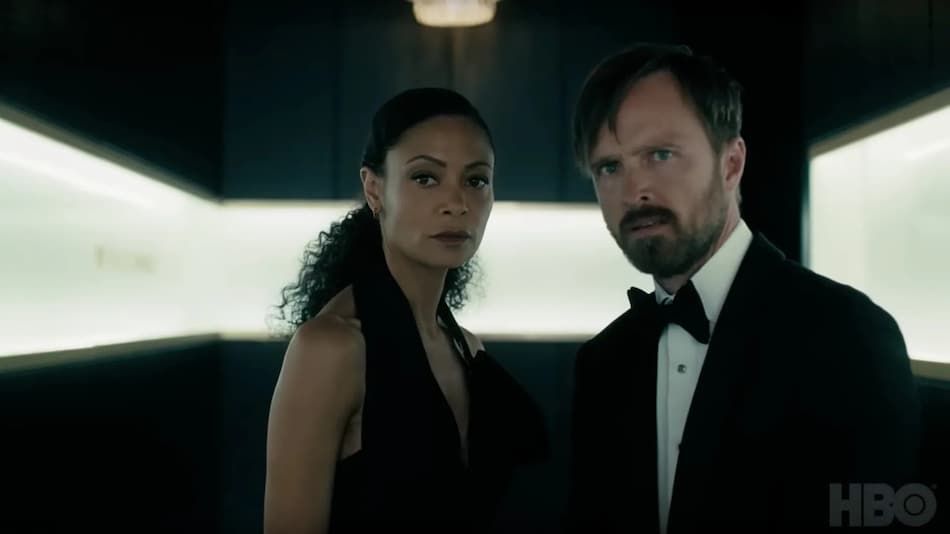 Westworld season 4 trailer and release date are out. HBO has unveiled a two-minute 17-second teaser trailer which gives fans a brief look at what to expect from the dystopian thriller this time around, while confirming the Westworld season 4 release date as June 26. Those in India will naturally be able to watch the show on Disney+ Hotstar from June 27. The Westworld season 4 trailer is set to Lou Reed's song "Perfect Day". The soft notes are soothing to the ear, while the visuals are quite gut-wrenching. The video re-introduces us to the Westworld season 4 cast, which includes the likes of Evan Rachel Wood, Thandiwe Newton, Jeffrey Wright, Tessa Thompson, Ed Harris, Luke Hemsworth, and Aaron Paul. It, however as expected, doesn't reveal much about the plot

While I am sure that fans may have already come up with their own theories regarding the Westworld season 4 storyline and character arcs, the one thing Westworld has really taught us over the years is to expect the unexpected. In fact, given its theme, one is likely to get clarity on who's playing what role only once the show goes live. In fact, Westworld guards its secrets so closely that what you learn upon premiere often changes by the time the season wraps up.

HBO programming president Casey Bloys had previously hinted at the same in a prepared statement, back when Westworld season 4 was first announced: "From the western theme park to the technocratic metropolis of the near future, we've thoroughly enjoyed every twist and turn from the minds of master storytellers Jonathan Nolan and Lisa Joy. We can't wait to see where their inspired vision takes us next.”

Based on Jurassic Park author Michael Crichton's 1973 feature film of the same name, Westworld debuted on HBO in 2014 with its first episode receiving record viewership. It went on to deliver the most-watched first season of any HBO series. The second season too became quite popular. The third instalment, however, proved to be a low-key affair when it was released amid the ongoing COVID-19 pandemic in 2020. Mixed reviews and comparisons with the previous seasons further diluted its impact. It remains to be seen whether Westworld season 4 proves to be a memorable outing for fans.

Westworld season 4 premieres June 26 on HBO and HBO Max wherever available, and June 27 in India on Disney+ Hotstar. New episodes drop on a weekly basis. The series is created by Nolan and Joy, who are credited as executive producers alongside J.J. Abrams, Jerry Weintraub, and Bryan Burk.