House of the Dragon premieres August 22 on Disney+ Hotstar in India. 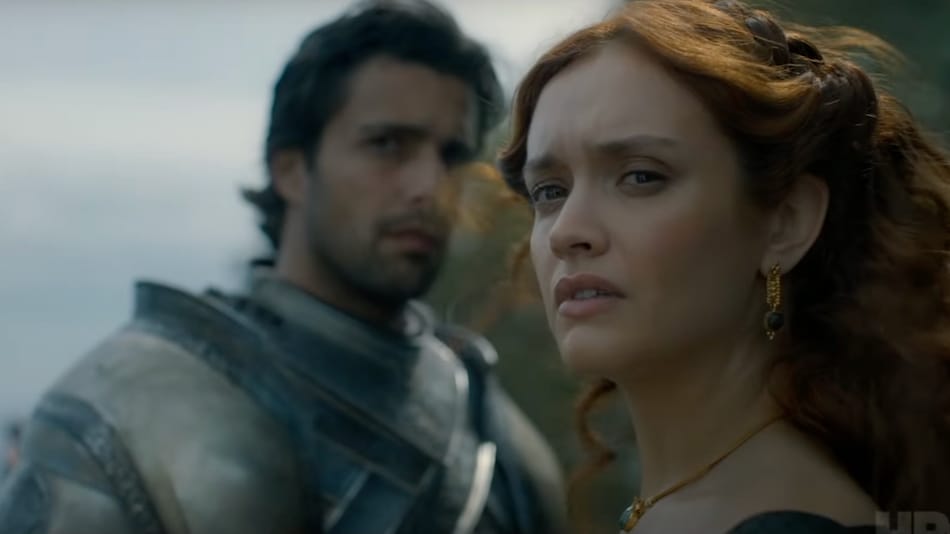 “What is this brief mortal life, if not the pursuit of legacy?” Lord Corlys “Sea Snake” Velaryon (Steve Toussaint) says at the start of the House of the Dragon trailer. As a dragon swoops over King's Landing, the rulers of Westeros — Rickard Stark, Boremund Baratheon, and Velaryon — pledge their fealty to their new king, Viserys Targaryen (Paddy Considine), and his named heir Princess Rhaenyra (Emma D'Arcy). But it seems Prince Daemon (Smith) takes issue with that, as a woman says: “Men would sooner put the realm to the torch, than see a woman ascend the Iron Throne.”

House of the Dragon trailer

The second half of the House of the Dragon trailer opens with Otto Hightower (Rhys Ifans) — the Hand of the King — who admits they play an “ugly game” and tells his daughter Lady Alicent (Olivia Cooke) that she has the “determination to win it.” Stern glances are exchanged, people are beaten up and blood flows, and ultimately, swords and daggers are drawn. Words from Velaryon close out the House of the Dragon trailer, as he remarks: “History does not remember blood. It remembers names.”

House of the Dragon character posters

Lord of the Seven Kingdoms. First of His Name. #ViserysTargaryen#HouseoftheDragon pic.twitter.com/u7xUPJCaFE