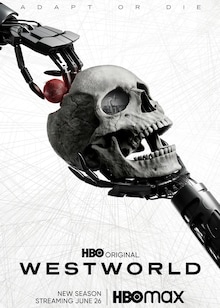 Share
Season 4
Drama Sci-Fi
2022 Season 4 English
A dark odyssey about the dawn of artificial consciousness and the question of free will.

HBO renewed Westworld for a fourth season a week after its third season premiere.

"From the western theme park to the technocratic metropolis of the near future, we’ve thoroughly enjoyed every twist and turn from the minds of master storytellers Jonathan Nolan and Lisa Joy," HBO programming president Casey Bloys said. "We can’t wait to see where their inspired vision takes us next.”