Tanwar’s housewife is out for blood after the death of her daughter. 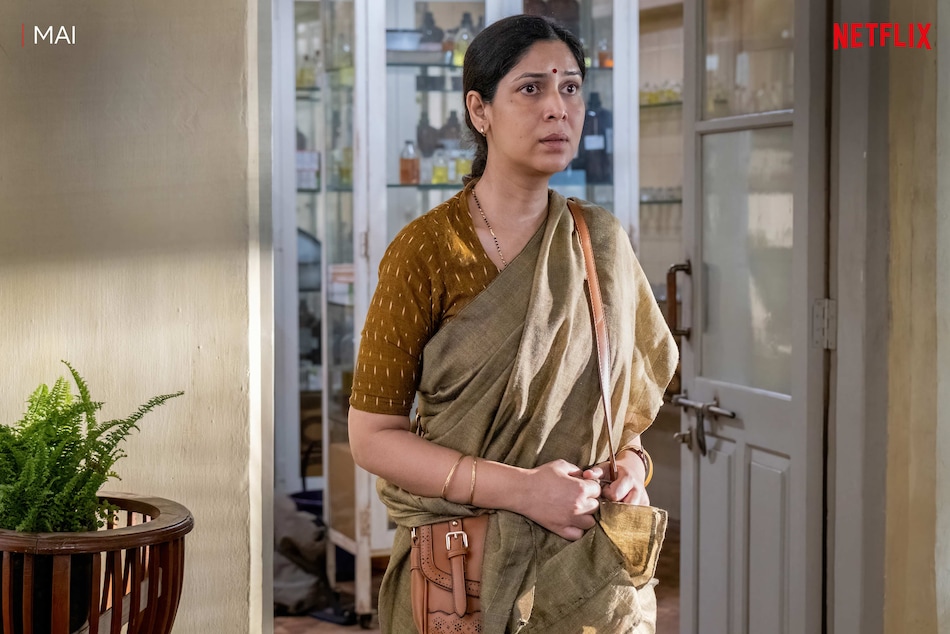 Mai — Netflix's next Indian web series, led by Sakshi Tanwar — is coming April 15, and we now have a trailer. Vivek Mushran, Wamiqa Gabbi, Anant Vidhaat, Raima Sen, Ankur Ratan, Prashant Narayan, Vaibhav Raj Gupta, and Seema Pahwa star alongside in Mai. Set in Uttar Pradesh's Wazirganj, Mai follows 47-year-old docile wife-and-mother Sheel (Tanwar) after she begins digging into the death of her daughter Supriya Chaudhary (Gabbi). As Sheel learns things that she could never have imagined, her investigation pulls her into a world of white-collar crime and dirty politics. Is Sheel in over her head — or will she take like a fish to water as she dives into a rabbit hole of violence?

“At the heart of the series is the Chaudhary family of two brothers who live in adjacent houses in the same colony, with their spouses and kids. Sheel, our protagonist, is the wife of the younger brother. She lives and breathes for her immediate and extended family, making sure the entire house runs like a well-oiled machine,” Mai creator, writer, and showrunner Atul Mongia said in a prepared statement. Mongia makes his directorial debut with the new Indian Netflix series. Anshai Lal (Phillauri) also directed episodes. Mongia is a writer on Mai alongside Tamal Sen (Zee5's Kaali), and Amita Vyas (The Fame Game).

“However, through a bizarre twist of fate and choice, Sheel is thrown deep into the world of crime,” Mongia added. “The series becomes unusually dramatic, yet extremely relatable, because at least on the outset, she still remains the same humble, simple mother. Just like my mother. And possibly yours as well. The protagonist of Mai has the maiden name of my own mother, to never forget who ‘Sheel Chaudhary' really is. Mai, takes the concept of the homely, caring, traditional Indian mother of popular Indian television and Hindi cinema and pits it against the true existence of the Machiavellian world out there, forcing her and us to challenge our belief systems.”

Mai is a production of Clean Slate Filmz, the banner of actress Anushka Sharma and her brother Karnesh Ssharma, that has previously given us Bulbbul on Netflix, and Paatal Lok on Amazon Prime Video. Unlike those two projects though, Karnesh is the sole producer on Mai. Paatal Lok creator Sudip Sharma is an executive producer on Mai alongside Mongia, Lal, and Ssharma.

“We are excited to bring this story to the world through Netflix, who've been a wonderful partner to us with Bulbbul and now, with Mai,” Ssharma said in a prepared statement. “Mai tells a gripping yet emotional story of a strong mother's journey. Sheel is a multifaceted character, who fights to overcome everything and everyone in her way to avenge her daughter, all while holding on to her vulnerability, which enables audiences to relate and connect to her in a more meaningful way. The viewers are going to witness a very layered narrative that is full of twists and turns, showcasing how far a mother will go for love and in search of the truth.”

Netflix India series head Tanya Bami added: “Mai is a signature Netflix series that brings together defining storytelling, nuanced performances, and deeply thought-provoking journey of a mother's run ins with crime and criminals. Set in an intriguing world, Mai brings together everything our audiences love and enjoy. A compelling and sensitively handled storyline created by Atul Mongia, a gritty thriller-esque crime drama produced by Clean Slate Filmz and one of the most powerful performances that one has ever seen from Sakshi Tanwar who headlines Mai.”

Here's the official synopsis for Mai from Netflix:

Sheel's world comes crashing down when she witnesses a personal tragedy. The once docile and ordinary wife and mother is put under extraordinary circumstances in her quest to uncover the truth. Sucked into a rabbit hole of violence and power, she finds herself entangled with white collar crime and politics that forever changes her and the world she inhabits.

All Mai episodes are out April 15 on Netflix in India and around the world.