Ready Player One Review: A Visual Feast Brimming With Nostalgia, but Little Else 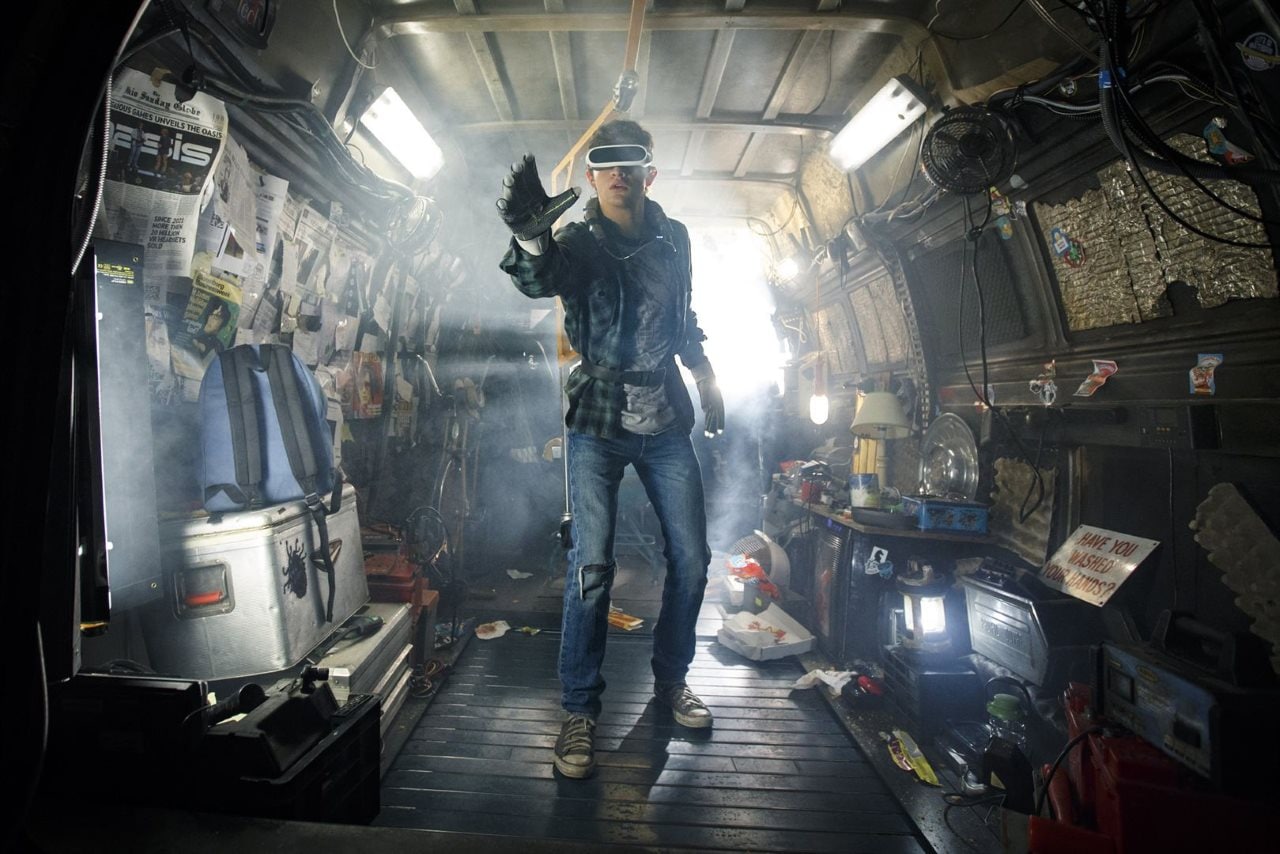 Tye Sheridan as Wade Watts in Ready Player One

Having contributed so heavily to the 1980s pop culture that drove Ernest Cline's 2011 nostalgia-heavy novel Ready Player One, Steven Spielberg's place at the helm of its film adaptation feels equal parts poetic, self-congratulatory, and a win for commercialisation. It's why the 71-year-old director has chosen to excise most of Cline's references to his own work, not wanting to be accused of vanity, though he does make an exception for Jurassic Park's T-Rex in one early scene. You're not likely to miss his other iconic films from that decade though, given that Ready Player One is bursting with references to every memorable piece of pop culture from the last four decades.

It's how the film – in addition to Spielberg's name on the billing – has attempted to pull in audiences with its marketing (trailers and posters), and continues to do so throughout its 140-minute runtime, deriving its “cool” factor, at least for much of the early going, by resting on the laurels of existing properties. Oh look, a DeLorean from Back to the Future. There's King Kong, Mechagodzilla fighting Gundam, and …the Holy Hand Grenade from Monty Python? Ready Player One relies on its target audience's encyclopaedic knowledge, hedging its success on the enjoyment of seeing your beloved characters/ objects in a different context, rather than an investment in its own characters.

The film's protagonist – an 18-year-old called Wade Watts (Tye Sheridan, from X-Men: Apocalypse) – is nearly as generic as they come, merely a shell for the audience to imagine themselves in. Like many others around him in the dystopian setting of 2045 Earth, where overpopulation and climate change have made life hell, Wade escapes reality by plugging into a virtual reality world called the OASIS. “People come to the OASIS for all the things they can do, but they stay for all the things they can be,” he says in an extended voiceover that introduces the escapist fantasy, noting the endless possibilities that it offers.

The reason Ready Player One is full of late twentieth-century references is owing to the virtual reality setting, created by a reclusive genius named James Halliday (Mark Rylance, from Bridge of Spies), who was obsessed with everything he consumed from that era. Wanting others to share his passion and love for the films, TV shows, and video games, he built the OASIS. And when he died, his will announced a quest that involved finding three hidden keys, the reward being full control of the OASIS and the trillion-dollar fortune he had amassed over his lifetime. The Easter egg to beat all Easter eggs.

To have a chance at winning it, players needed not only an unparalleled understanding of Halliday's favourite pop culture, but also the biggest moments of his life, especially the ones that cut deepest. But when we first meet Wade, he tells us that no one has managed to find even the first key in five years, though the obsession with winning the contest gave rise to egg hunters (or Gunters, as they are called in the world of Ready Player One), and attracted the interest of a video game conglomerate called IOI, run by a heartless CEO called Nolan Sorrento (Ben Mendelsohn, from Rogue One), who has employed hundreds to help him wrest control of the OASIS, and maximise it for profits by selling ads that would crowd the player screen.

Of course, Wade aka Parzival (his username in the OASIS), and his fellow Gunter friends – especially a popular, red-haired Art3mis/ Samantha (Olivia Cooke, from Me and Earl and the Dying Girl) who he immediately falls in love with, and his best friend Aech (Lena Waithe, from Master of None) – don't want that to happen, because they believe IOI is a soulless entity, exploiting the knowledge of others for their corporate gain. When Wade figures out how to win the first key, quickly followed by Art3mis and Aech, it puts all of them in Sorrento's crosshairs and helps Ready Player One drive up the stakes.

Like the book it's based on, the film doesn't really have much of a story to tell, nor does it offer a significant character arc for any of the characters mentioned in the previous few paragraphs. In fact, you could even swap some of the supporting cast, whose only differences seem to be age and race: there's one African-American and two Japanese, and one of the latter is younger than you'd imagine. In the OASIS too, they are nothing more than a cool avatar. All the good characters are already heroes, and the big bad has no redeeming qualities.

Owing to its black-and-white morality, Ready Player One also fails to examine the negative sides of fan culture, and how the depth of one's knowledge is often used as a gatekeeping-tool to push people out of a subculture, just as Cline's novel wields its constant namechecking of things from the 1980s to make itself appear cool and impressive. The film is content with serving and pandering to the target audience that'll relate with it the most (and in turn contribute to its profits), though it does make sure the package is exhilarating non-stop.

That's obvious from the outset, as the first big scene – an insanely difficult race across a virtual New York – sends the camera hurtling through every impossible angle at full speed to mimic the weightless-camera feel of a video game, infusing it with sheer momentum and energy through movement, in addition to video game traps and movie monsters, to provide a rush of endorphins rather than an expertly orchestrated action sequence. Later bigger set-pieces are only more dizzying and hypnotic, with things whizzing past in a blur, while the audience floats high over the action.

The only exception is a tribute to a particular horror movie icon from a celebrated filmmaker that we don't wish to spoil, one that makes brilliant use of all the memorable imagery of the film in question for both chilling and humorous effect at times, and mashes together its best moments to perfection. It's one of the few sequences in Ready Player One that are more interesting to watch than they'd be to play, the opposite of which is true for most of the film's bloated final third, and it even provides a convincing argument for its presence, rather than “Oh, this is what we managed to license”.

But neither the dizzying action nor the nice tribute can take away from Ready Player One's biggest fault: its inauthentic, under-developed and wish-fulfilment love story, between Wade and Art3mis. He knows her through her online persona, falls for her the first time he sees her in action, and professes his love for her like two minutes later, based on the extrapolation of her identity in his head. Though the film, like the book, pauses to let Art3mis remind Wade that they don't know each other, it doesn't have the time or patience to build through on that point, and instead just follows through with the relationship, making her his ultimate prize.

The fault for some of that lies with the two credited screenwriters, Zak Penn – a franchise expert having co-written X-Men: The Last Stand, and worked on the story for The Avengers – and Cline himself. The author handled the love story as terribly (or worse) in the book, and he brings that same clichéd and rushed touch to the adaptation. Their script is better when it comes to Halliday, whose tragic past is explored further than in the book, and it helps that Rylance is so capable in the rule of a reclusive genius.

Ultimately, the film represents a full circle for postmodernism, in that a love letter to the 1980s has been directed by an icon of the 1980s. For some, the nostalgia hit from watching Spielberg cobble together some interesting set-pieces – the aforementioned horror-movie one being an easy highlight – and present a visual feast from start to finish peppered with an endless array of pop culture references will simply be enough. But Ready Player One feels empty when you explore its characters, and tries to have its cake and eat it too with the climactic message, which feels downright incongruous with everything thrown at us during the previous two hours.