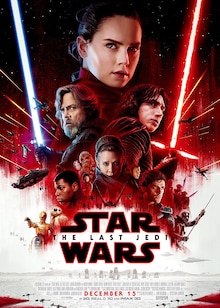 Despite its setting in a galaxy filled with life, both the original and prequel Star Wars trilogy – beginning in 1977's A New Hope, and ending in 2005's Revenge of the Sith – were surprisingly more or less about one bloodline: the Skywalkers. George Lucas improvised some of it along the way, bending to the whims of fans by pairing Leia (Carrie Fisher) and Han (Harrison Ford), making her Luke's (Mark Hamill) twin. On the other hand, the sequel trilogy that began with J.J. Abrams' The Force Awakens in 2015, has been making the case for a different kind of family as it pushes into the saga's inevitable future.