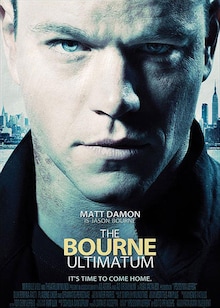 About The Bourne Ultimatum Movie (2007)

Jason Bourne (Matt Damon) is relentlessly hunted by the CIA officials and agents to kill him, but he continues his international quest to gather the bits and pieces from his past to learn his true identity.

He travels from Russia to Europe to northern Africa to the United States, and must stay one step ahead of those who would assassinate him before he can discover the truth. He is hunting for the ones who stole his memory and true identity, as he finally learns the truth behind his mysterious past.

Rating 85
Rate this Movie
Your Rating

Listen on
The Bourne Ultimatum Photos