Ubisoft is said to be working on two titles in the Assassin’s Creed franchise. 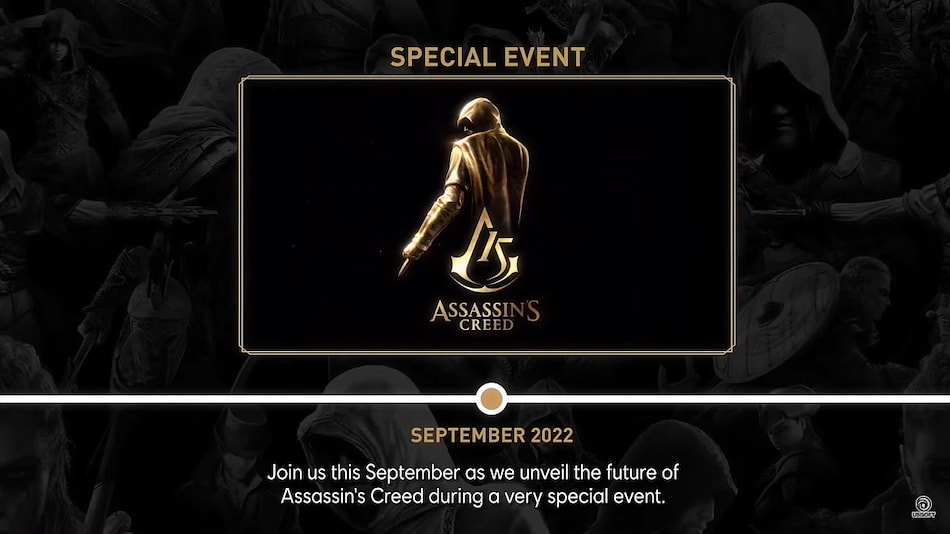 Ubisoft has revealed it will host an event in September to make an announcement regarding the future of its popular Assassin's Creed game, the publisher announced on Tuesday during its livestream event to celebrate the 15th anniversary of its Assassin's Creed franchise. The company is said to be working on two Assassin's Creed projects, including a live service game and a standalone title codenamed Rift. Ubisoft is yet to reveal any details of what to expect from its event scheduled for September.

Last year, it was reported that Ubisoft was working on a new Assassin's Creed game codenamed Infinity, which is expected to be a live service title. The upcoming title is expected to be an evolving title, similar to games like Fortnite and GTA Online. Assassin's Creed Infinity is likely to bring one of the biggest changes to the franchise's history since its debut in 2007.

Ubisoft later confirmed development of Infinity in a blog post. It is worth noting that the title of the blog post also includes the words “the Future of the Assassin's Creed Franchise”.

Meanwhile, Ubisoft is also said to be working on a standalone Assassin's Creed title codenamed Rift. Earlier this year, Bloomberg reported that Ubisoft began working on Rift as an expansion for Assassin's Creed Valhalla, but ended up developing it as a standalone title in order to fill up its thin release schedule for this year or 2023. Rift is expected to star Basim, an assassin from Valhalla, while offering a much smaller scope than Ubisoft's recent entries in the franchise, and will focus on stealth gameplay, according to the report.