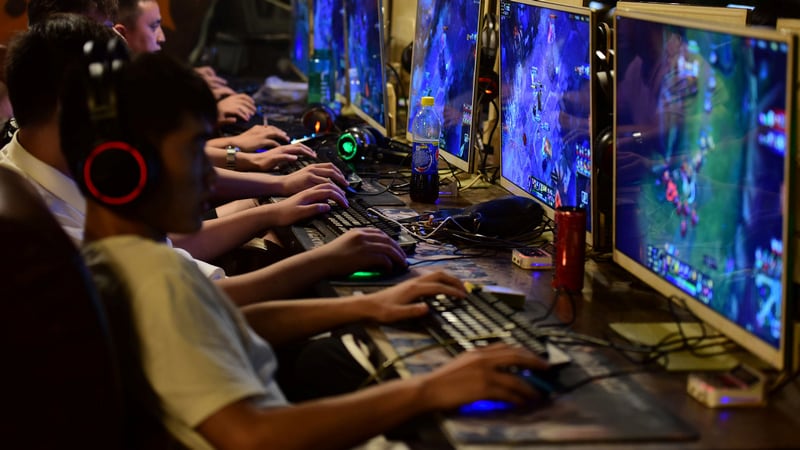 Professional competitive video gaming provoked its own kind of March madness this weekend when ABC broadcast the Overwatch League's Stage 1 final on Saturday afternoon. The appearance of e-sports on one of the country's biggest networks marked a significant step forward for pro gaming's push towards mainstream awareness, but it also earned the ire of some mainstream sports fans searching for college basketball, the NBA or, at the very least, golf. The mixed dynamic demonstrates the complicated challenge the e-sports industry faces as it attempts to broaden its audience and TV networks experiment with the potential of broadcasting live gaming competitions.

As the e-sports industry continues to explode - global revenues reached nearly $906 million (roughly Rs. 6,200 crores) in 2018, up 38.2 percent from the year before, according to market research firm Newzoo - game publishers are eager to expand the reach of not only their game, but the audience willing to watch professional competitions. Traditional television distributors, including Turner Broadcasting and ESPN, see that expansion as an opportunity to break into e-sports content and the lucrative advertising revenue around gaming leagues.

But e-sports broadcasts also present a number of questions that neither leagues nor networks appears immediately capable or willing to answer. For starters, what is the true value of non-exclusive broadcast rights to properties like the Overwatch League or the League of Legends Championship Series? And also, how do e-sports leagues, with a burgeoning and passionate fanbase entrenched in online streaming sites like Twitch, and networks, whose core audience is largely ignorant of competitive video gaming, produce a broadcast that can appeal to both groups?

As these transactions begin to increase in frequency, the market is still sorting out how much e-sports media rights are worth. Twitch reportedly paid the Overwatch League $90 million for broadcast rights. Disney acquired broadcast rights to the same league for competitions to be aired on ABC, ESPN, Disney XD and its streaming services in the summer of 2018 but financial terms were not disclosed.

Broadcast rights are a chief source of revenue for traditional sports leagues like the NFL - which is paid nearly $2 billion annually by ESPN, per Forbes, for rights to air Monday Night Football. During a recent panel at SXSW, ESPN Director of Business Development Kevin Lopes, who is responsible for the company's e-sports programming acquisitions, challenged an assertion that broadcast rights were one of the chief revenue streams for e-sports leagues.

"I don't want to be aggressive here, but I don't know if media rights is that high," Lopes said in response to a question that asserted media rights accounted for the second biggest revenue stream within e-sports. "I would say, to be a little bit critical of some of the reports that are out there, I would challenge that a bit. I'm not sold on media rights driving e-sports as aggressively as it was projected to be a couple years ago."

In 2018, ESPN announced a deals with Blizzard Entertainment to broadcast the Overwatch League, and with Riot Games to stream League of Legends competitions on its ESPN+ subscription streaming service. For ESPN, the goal of their e-sports involvement is not short-term, according to Lopes.

"We're in e-sports to expand our audience, to innovate and be an innovative company," Lopes said during the SXSW panel. "My bosses are not breathing down my neck about driving significant revenue in e-sports right now."

Turner has also been active in acquiring e-sports programming and announced in late January an agreement with EA Sports to put on FIFA 19 events for broadcast on Twitch and the Bleacher Report Live streaming service. Turner in 2015 formed a partnership with global talent management firm IMG to create the competitive e-sports label Eleague. Turner and EA Sports are optimizing their broadcast by platform to reach varying audiences.

Industry analysts however remain unconvinced that both publishers and distributors have yet found a method to appeal to both a more general and unfamiliar television audience and a more passionate and game-savvy group streaming online. A telecast full of jargon and gaming strategy might pull fans from online platforms, but won't help nonnative audiences understand the action or players. But a presentation full of explanations about the game's basics risks condescending to the league's most devoted fans.

"There's this real insular aspect of the gaming community that requires authenticity," said Ryan Rogers, assistant professor of entertainment, media and journalism at Butler University, and author of "How Video Games Impact Players: The Pitfalls and Benefits of a Gaming Society." "With someone like ESPN broadcasting these events, you risk alienating some of your biggest fans to reach a larger audience."

Online viewers skew younger, said Todd Sitrin, the senior vice president and general manager of EA's competitive gaming division. Those younger viewers also have a more intimate knowledge of the video game. They care more about the competition than the competitors. Television viewers are older and are more traditional sports fans. For that latter audience, the broadcast is more focused on creating easy to follow narratives about the gaming participants.

"What [linear distributors] really need to do to make a dent in this space is to bring their expertise from years in making high-quality media content to e-sports in a way that feels authentic. The studio, the broadcasters, the live audience, the staging, the setting, that's what it will take to surpass what's out there," Newzoo senior market analyst Jerre Pannekeet said.

As it is, EA is approaching the two platforms in different ways.

"In the digital platforms we tend to present the competition in a traditional sports way. We present every hour of every game that's being played," Sitrin said. "The game, meaning EA Sports FIFA, is a little bit more of the star and the players are part of that story, but the focus is the game. If you go to what we put on a television package, the focus is more about the competitors than the sport itself. . . . It's the same reason why people watch cooking competitions or Dancing with the Stars or Survivor. That's what we're really focused on and I know Turner is focused on: make this about the people and the stories."

Though e-sports attracts a coveted, young demographic, that young audience is both a blessing and a curse, analysts say. Young consumers are impressionable and a successful advertising campaign can make them loyal to a brand for years. But they also don't have much money to spend. The average e-sports enthusiast only spends $5.49 on the sport each year, Newzoo found.

That figure has not scared off global brands from sponsorship deals. Coca-Cola in February signed an agreement with Activision Blizzard to become the official non-alcoholic drink of Overwatch League.

"There's a lot of money to be made. It's a growth industry," said Rogers from Butler University. "What I think makes [e-sports] unique is that it really blurs the line between audience and player. I watch a lot of football and a lot of baseball, but I'm not going out on the weekend to play football and baseball. But I might watch a little Overwatch and then play a little bit on my computer. It hits demographics that are really hard to reach."

Which is the best budget TV to buy in India right now? We discussed this on Orbital, our weekly technology podcast, which you can subscribe to via Apple Podcasts or RSS, download the episode, or just hit the play button below.