eFootball 2023 Is Out Now, AC Milan and Inter Part of Licensed Clubs: All Details 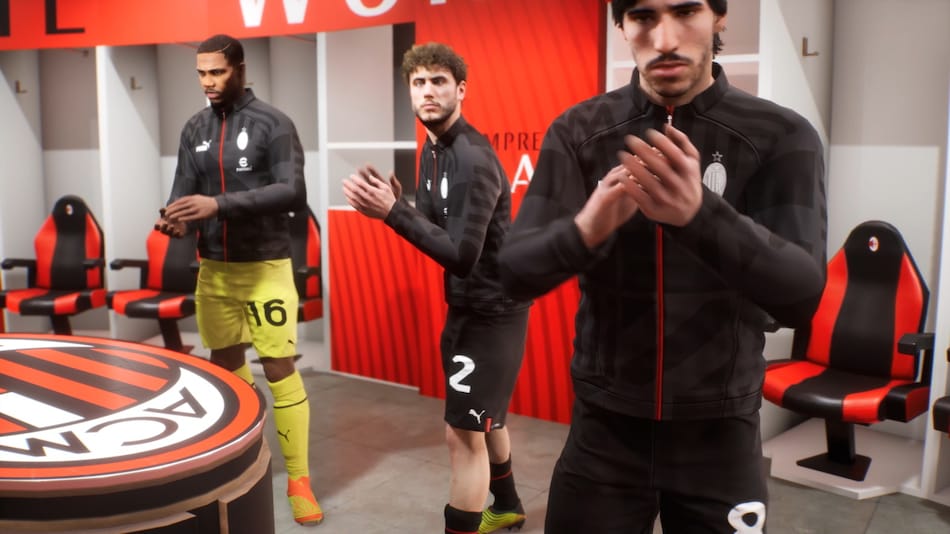 eFootball 2023 is out now across all major platforms and mobile. On Thursday, Konami launched the latest edition/ content update for their annual football simulation franchise. This year, the free-to-play title brings AC Milan and Inter as officially licensed clubs, with the summer transfers reflected in their lineups. With this new update, fans will be expecting major improvements to the eFootball franchise, which currently holds ‘mostly negative' reviews on Steam. eFootball 2023 has launched on PC, PS4, PS5, Xbox One, Xbox Series S/X, PC, and on Android and iOS for mobile devices.

Konami released an official launch trailer for eFootball 2023, featuring some of the cover stars and their respective player cards in-game. Key highlights include an ‘Epic' 96-rated Wesley Sneijder, who used to play for Inter, and an 82-rated Clarence Seedorf from AC Milan. Both player cards have been added to the roster as part of Konami's newly-renewed license with the clubs. The publisher has also added Liga BBVA MX, bringing all 18 Mexican clubs and the Estadio Azteca stadium to the game.

The eFootball 2023 trailer also features Lionel Messi, Neymar, and Trent Alexander-Arnold, though the latter has a 96-rated card for the English national team. Konami does not have a licensing deal with Liverpool FC. The studio is still on good terms with FC Barcelona, FC Bayern Munich, and Manchester United FC, which explains why Bruno Fernandes has a dedicated player card for the club. All officially licensed teams will come with logos, kits, player likenesses, and respective stadiums.

eFootball 2023 is available as a 39.75GB update download, with the older 2022 version and PES Lites nowhere to be seen on Steam. The title, formerly known as ‘Pro Evolution Soccer', was rebranded to ‘eFootball' a few years back. Last year, it dropped the PES moniker completely. eFootball 2022 was the first in the series to use Unreal Engine 4. This did not pan well for the company, as the free-to-play game was loaded with atrocious graphics quality, poor response time, and uneven ball physics. It also severely lacked in content, offering only nine playable teams and a one-time-only online tournament entry.

With eFootball 2023, Konami is introducing ‘Manager Pack' — not to be confused with manager career — which is a set of training programs, designed to take your Dream Team to the “next level.” Footballing legends Johan Cruyff and Fabio Cannavaro will offer tactical advice to improve your gameplay in eFootball's Ultimate Team component. Konami had previously promised a solid career mode in the upcoming update, though it still has not been included.

Apart from club teams, players can now set national teams as their basis for Dream Team. Additionally, Tour Events can now be AI-simulated as you take a backseat and farm event rewards.

eFootball 2023 is out now on Android, iOS, PC, PS4, PS5, Xbox One, Xbox Series S/X. Players will be required to create or sign in to their Konami account to play.