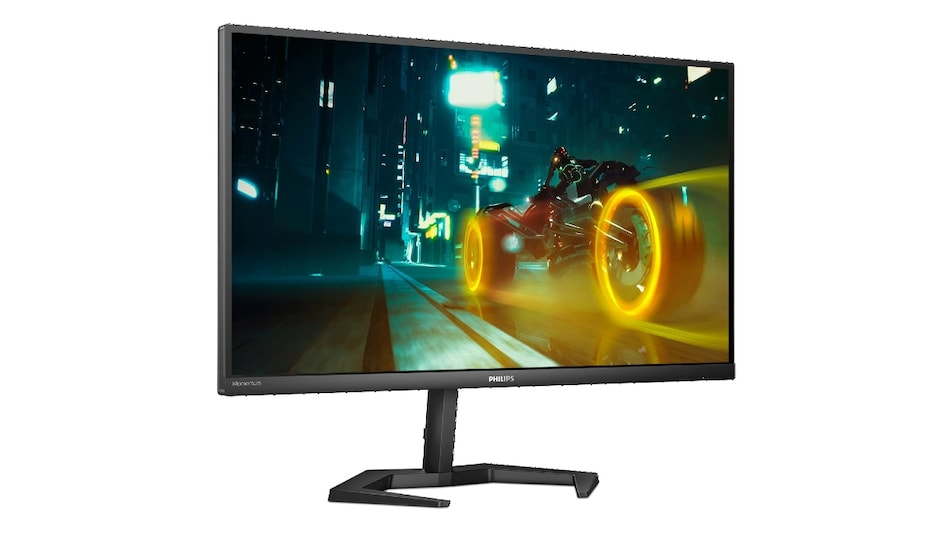 Philips Momentum 3000 series gaming monitors were launched in India on Wednesday. The new lineup includes the 27M1N3200ZA model with a 27-inch display and the 24M1N3200ZA model with a 23.8-inch display. They feature a slim frame and include an ergonomic stand with height, swivel, and pivot adjustments. The Philips Momentum 3000 series monitors sport a full-HD IPS display panel with a 16:9 aspect ratio and boast a 165Hz refresh rate, 1 millisecond response time, and Adaptive-Sync technology for a smooth and lag-free gaming experience.

The Philips Momentum 3000 27M1N3200ZA is listed on Amazon for Rs. 34,990. However, it is currently available at a launch price of Rs. 22,799, according to Philips. Buyers also get a 1-month subscription to Xbox Game Pass Ultimate with this monitor.

Pricing and availability details for the Philips Momentum 3000 24M1N3200ZA are yet to be announced by the company.

These new gaming monitors feature an EasySelect menu toggle key for quick access to the on-screen display (OSD) for adjusting multiple display options. Gamers can also save two customised display settings based on different games for the best possible performance.

The Philips Momentum 3000 series gaming monitors feature a single DisplayPort 1.2 and two HDMI 2.0 ports. The 27M1N3200ZA model is equipped with two 5W built-in speakers, whereas the 24M1N3200ZA model features two 3W built-in speakers. They also have an audio output pot. These gaming monitors have an ergonomic stand with height, swivel, and pivot adjustments. They are also compatible with VESA mounts (100x100mm), according to the company.