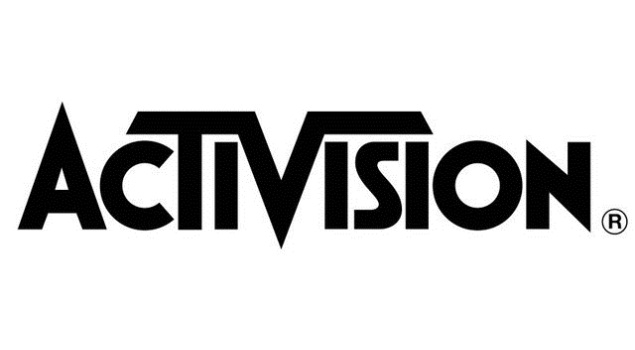 Activision might have not had its fair share of the spotlight on the first day of the E3, but it did make up for it with its own list of games it planned to roll out. Clinching the number 1 spot from EA earlier this year with Prototype 2, Activision is all set to consolidate on its position as a premier game producer. Here are the games showcased by the company at E3 2102.

With the global juggernaut of success that is Call of Duty, Activision has been building a huge name for itself. Call of Duty Modern Warfare 3 is the highest grossing shooter, collecting over 1 billion USD in just two months. But fans and critics criticized it for following a normal tried and tested method and it has finally returned with a satisfying sequel to the popular Black Ops series.

This sequel set in a futuristic Cold War where you command a horde of futuristic weapons. The game deviates in such a way that there is no single player gameplay with a direct story. There are various Strikeforce side missions which can be played and the outcome of the end is determined by the success or failure in these missions. This also adds a multiplayer touch to the players who only play the single player mode.

In the trailer revealed at E3, the player can take a completely hands-off approach, zooming out to an Overwatch view, setting waypoints for the squad, spawning items like machine-gun-equipped quad-copters, battlefield drones and the like to help them. Or it is possible to zoom into any soldier or piece of battlefield kit and take direct control.With these innovative changes, which seem to have been received well by the faithful (and boy, are there plenty of them!), Call of Duty Black Ops 2 looks well on its way to shattering more records when it releases on 12th November 2012.

Continuing where Transformers: War for Cybertron left, the sequel's storyline shows the aftermath of the situation when the Autobots have lost the civil war to the Decepticons on their home planet of Cybertron.

Operating in third person perspective, the game features an upgraded weapons cache that fire faster, along with more detailing, adding more colour to the game. There are new additions to the ability of each transformer, such as the city-sized transformer Metroplex which is operated by Optimus Prime, Grimlock which transforms into a dinosaur by accumulating "rage" from all his battles.

The online mode allows players to create their own transformers from scratch choosing to be Scientist, Infiltrator, Destroyer or Titan. The game features all the famous transformers such as Optimus Prime, Bumblebee, Jazz, Ironhide, Jetfire, Starscream, Megatron, and Soundwave. The game is set to release on 28th August 2012.

The Amazing Spider-Man features an open world action/adventure game, based on the upcoming film of the same name starring the fictional superhero, Spider-Man. The plot of the game is set after the fictional storyline of the movie which will serve as an epilogue to the film. Cross species experiments wreak havoc on Manhattan and where Oscorp develops a large group of robots that suddenly turn against the humans, invading New York, with plans to conquer the world.

The player can "swing around" and choose a variety of side missions, challenges and mini-games in addition to the game's main storyline, similar to Prototype. The game features the impressive "Web Rush", a mode that when activated while traversing, highlights major points of interest for travel, allowing Spider-Man to smoothly transition to it, making travel more stream-lined and simple. The game is set to be released on 26th June 2012.

The game is said to introduce eight new collectible figures that are more than twice the size of the original skylanders cast in both physical and virtual form. Their in-game abilities reflect their powers on a powerful scale. Most importantly, players will also be able to import characters and their progress from the first game, encouraging followers to buy this game. Skylanders: Giants will release in October 2012. will release in October 2012.

The new installment of the popular James Bond franchise is being developed to coincide with the fiftieth anniversary of Ian Fleming's spy character. The storyline is said to tie in the plots of six unrevealed bond films together including a reference to the upcoming "Skyfall" as well. The game will feature loads of signature Bond gadgets as well as familiar weapons, fast cars, and exotic locations.

Alongside the main campaign the title will also feature a new set of single-player Mi6 Ops Missions, a sort of spec-ops mode first seen in GoldenEye: Reloaded. These tasks will also allow players to take part as Bond's allies as well as his enemies. Local four-player split-screen and online multiplayer modes complete the package. These options will apparently include stealth and investigation elements as well as standard TDM and CTF derivatives. 007 Legends will release October 16th 2012.

Activision has partnered with Rovio to bring Angry Birds HD to consoles. The way Activision revealed the game was rather subtle. On a big screen outside their booth at the E3, a logo would periodically pop up with a red bird soaring toward it and bursting into feathers. When confronted, Activision said that they'll have more news for the game in about two weeks' time. There is no official announcement for the game as of yet.
Comments